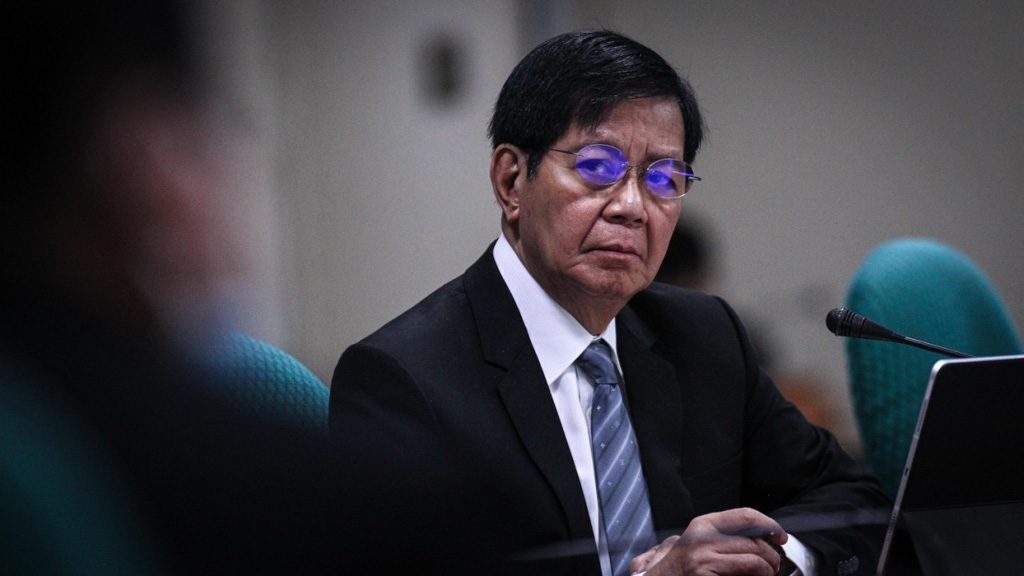 GRILLED. Senator Panfilo Lacson presides over a hearing in December 2021.

Facebook Twitter Copy URL
Copied
Senator Panfilo Lacson justifies being a fugitive from 2010 to 2011, saying he had a good lawyer who 'knew the law'

MANILA, Philippines – Senator Panfilo Lacson‘s past as a fugitive and a member of a dreaded intelligence unit haunted him during an interview with veteran GMA journalist Jessica Soho, which aired on Saturday, January 22.

In the Jessica Soho Presidential Interviews, Soho grilled Lacson about the time when he was a fugitive from early 2010 to 2011, as he left the country shortly before a court issued an arrest warrant against him over the murders of publicist Salvador “Bubby” Dacer and his driver Emmanuel Corbito in November 2000.

“The same law that you have vowed to defend and uphold you also made a mockery of, what can you say about that?” Soho asked the presidential aspirant.

Lacson justified his hiding: He had a good lawyer who “knew the law.”

He said his lawyer pointed him to a Supreme Court ruling, Miranda vs Tuliao, which supposedly allows people facing arrest warrants to file pleadings even while in hiding. These included pleadings that would seek to stop the arrest orders. 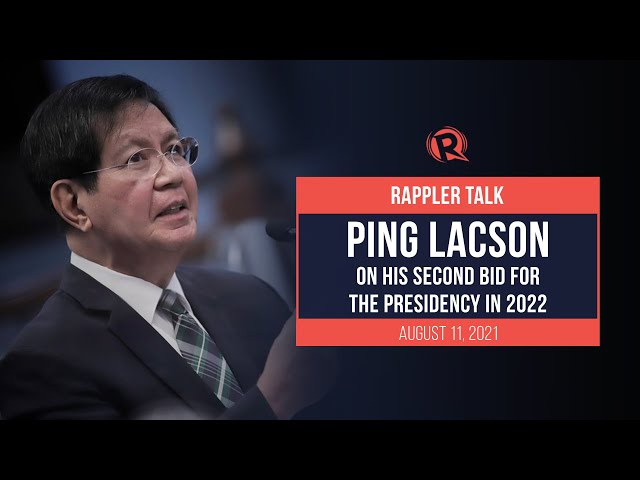 Lacson later got the arrest order struck down and appeared at the Senate in late 2011. By then, it was under a new regime – that of the late president Benigno Aquino III, who was an ally.

Lacson said he believes the Dacer-Corbito case was a plot against him by Aquino’s predecessor, former president Gloria Macapagal-Arroyo, whose administration Lacson had accused of corruption. The court later dismissed the case against him.

But, Soho asked, what would you do to Filipinos who would do the same?

Lacson, a retired police general, said he would send out the Philippine National Police and the National Bureau of Investigation to arrest them, but he still maintained that they could file pleadings while in hiding.

Soho also asked Lacson about his role during Martial Law, when he was a member of the Military Intelligence Security Group (MISG), a dreaded unit that was behind the torture and disappearance of activists and critics of the late dictator Ferdinand Marcos.

Human rights groups count over 3,200 known extrajudicial killings, 35,000 tortures, more than 70 “disappeared,” and 70,000 imprisoned during the rule of Marcos.

Lacson said he was not involved in the torture of political prisoners. At MISG, Lacson said his work focused on kidnap-for-ransom, robbery, and common crimes cases – a path in law enforcement that eventually led him to solve high-profile kidnapping cases and made him rise to the top of the Philippine National Police.

Together with running mate Senate President Vicente Sotto III, Lacson is running on the same platform that brought Rodrigo Duterte to Malacañang. He promises a safer Philippines, but with a milder stance against drug suspects and a promise to respect human rights.

According to a Pulse Asia survey in December 2021, Lacson ranked fifth among the preferred presidential aspirants, with 6% of survey respondents choosing him. The front-runner, Ferdinand “Bongbong” Marcos Jr, led with 53%. – Rappler.com