To be or not to be PDP-Laban: Cagayan de Oro politicians face dilemma Facebook Twitter Copy URL
Copied
Several local politicians are finding it difficult to make up their minds about what party to represent when they file their certificates of candidacy, says the PDP-Laban head in this city

Cagayan de Oro politicians on Thursday, September 23, said they were having second thoughts about filing their certificates of candidacy under the administration Partido Demokratiko Pilipino-Lakas ng Bayan due to the ongoing case filed by a faction of the party against senators Manny Pacquiao and Aquilino Pimentel III.

The petition, filed by a group led by Energy Secretary Alfonso Cusi on September 7, seeks to declare the Pacquiao-Pimentel faction of the PDP-Laban “illegitimate.”

Cusi’s group has nominated Senator Christopher Lawrence Go as its standard-bearer with President Rodrigo Duterte as his running mate, a move questioned by Pimentel and Pacquiao. The President has accepted the nomination.

As a result of the legal question hounding the administration party, several local politicians were finding it difficult to make up their minds about what party to represent when they file their COCs next week, said Marlo Tabac, head of the PDP-Laban Council in Cagayan de Oro. 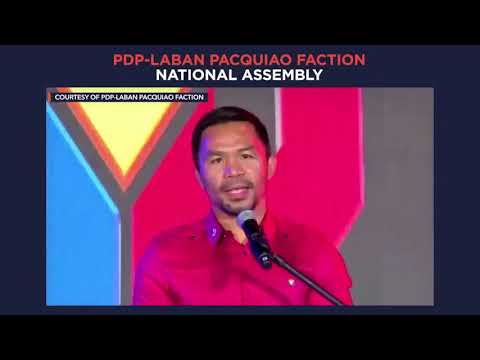 Cagayan de Oro councilors, who ran and won as candidates of the PDP-Laban in 2019, said they were still at a loss about which political party to bring as they prepare for their reelection campaigns.

“My party mates and I have yet to meet and decide on what to do about this dilemma. I still can’t say what our move will be,” said Councilor Roger Abaday.

Councilor George Goking, another PDP-Laban member, told Rappler, “This situation leaves us in the air. I don’t know what our local standard-bearer thinks, but I will follow whatever the group says.”

Goking and Abaday plan to run under the ticket of Cagayan de Oro 1st District Representative Rolando Uy, an ally in Congress of Duterte.

But Tabac, Uy’s supporter, said the congressman was planning on running for Cagayan de Oro mayor under the National Unity Party, a group that has coalesced with the PDP-Laban.

Uy is an ally and the preferred successor of Cagayan de Oro Mayor Oscar Moreno who plans to run for governor of Misamis Oriental again.

The mayor, who is serving his third and final office term as mayor, has no problems with running for another position in 2022 under the PDP-Laban or as an independent, said Tabac.

He said the dilemma was being faced by many other PDP-Laban members throughout the country.

“We’re seeing an administration party with fewer candidates in 2022 as a result of this,” Tabac told Rappler.

Former Cagayan de Oro vice mayor Antonio Soriano, a lawyer who has been a member of the PDP-Laban since the ’80s, said the bickerings in the administration party and the petition of Cusi’s group against the Pacquiao-Pimentel wing would have legal implications especially for political think tanks whose 2022 game plans include substitution.

The problem, according to Soriano, would come in the event the Commission on Elections ruled in favor of one of the factions.

“I think the Comelec will make a ruling by October, and the decision could be a result of Solomonic wisdom,” said Soriano.

Soriano however noted that the majority of the Comelec commissioners were seen to be closely associated with Duterte.

“I think it’s clear which group has a legitimate claim. It was Koko Pimentel who invited and made Duterte PDP-Laban’s presidential candidate in 2016. That alone speaks a lot already,” said Soriano.

But many PDP-Laban members, especially at the local level, would find themselves orphaned and running as independent candidates if the Comelec rules in favor of the petition of Cusi’s group, vice versa, said Tabac.

And so, many of them were organizing their tickets and would most likely file their COCs as candidates of accredited political parties other than the PDP-Laban, Tabac said.

“What if the Comelec rules against our group or Cusi’s faction? Either way, many will be orphaned unless they have a backup plan this early,” said Tabac.

He said Pacquiao, who announced that he would be running for President, has allied with Probinsya Muna Development Initiative (Promdi), a political party founded by the late Cebu governor Emilio Osmeña Jr.

Soriano said politicians who identify themselves as PDP-Laban members need a “spare tire” especially if they were planning to invoke the substitution rule later on.

“There is no substitution for independent candidates. The only way for those orphaned is to be adopted by an accredited political party,” he said. – Rappler.com