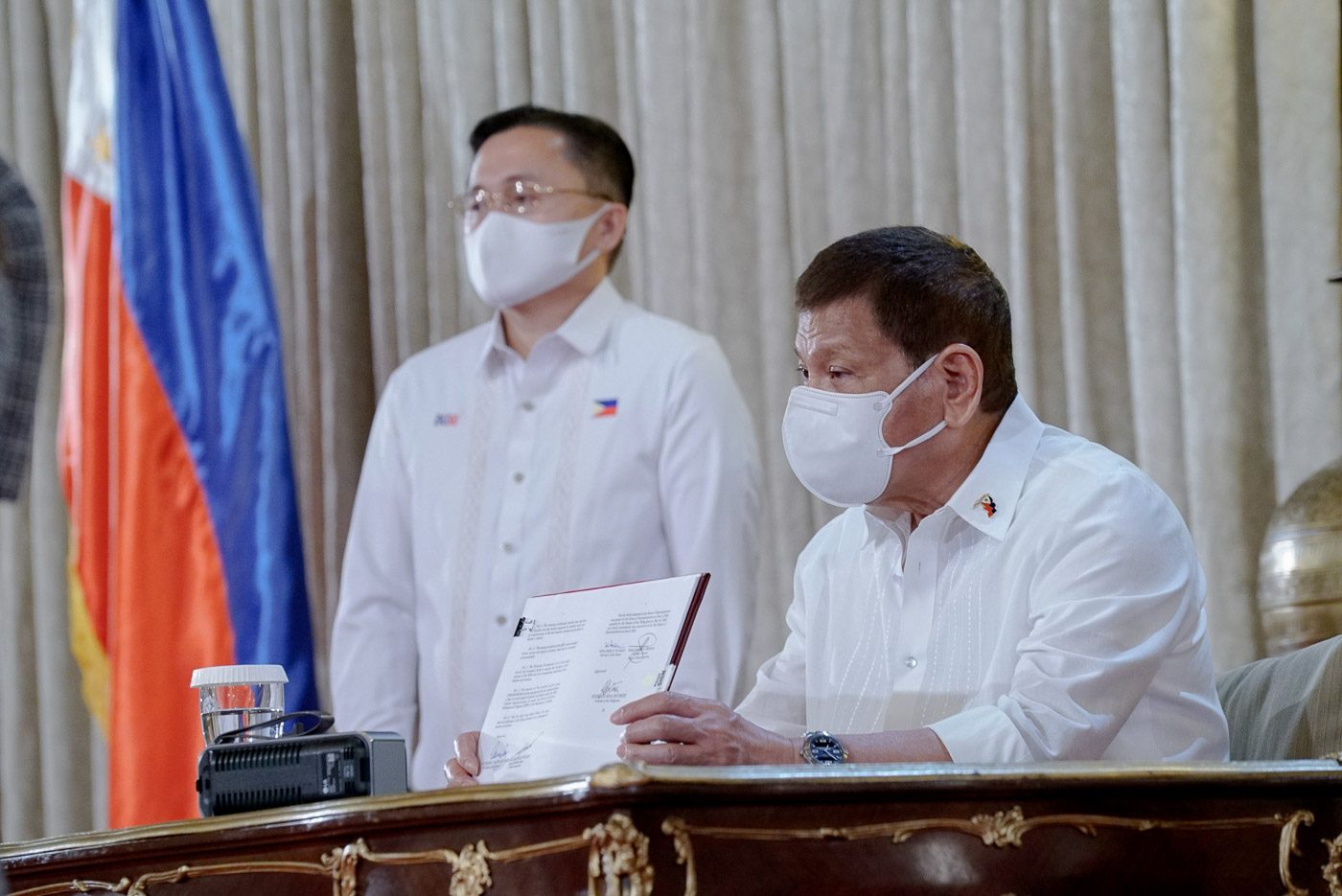 'STILL POPULAR.; President Rodrigo Roa Duterte shows one of the 16 legislations he signed during the ceremonial signing of bills at the Malacañang Palace on June 24, 2021. 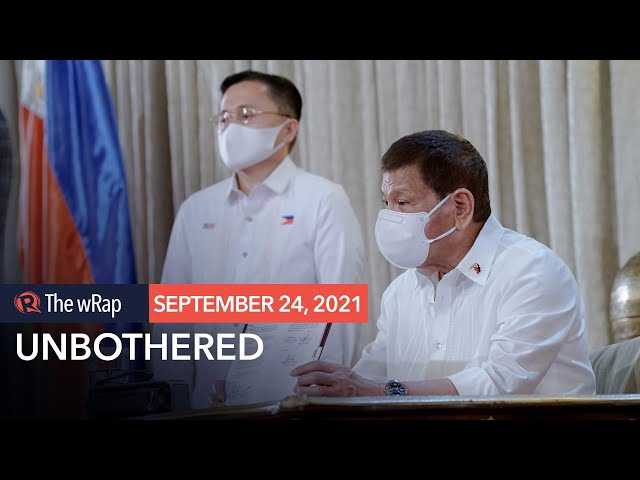 The PDP-Laban faction led by Energy Secretary Alfonso Cusi is not bothered about the possibility of facing the Isko Moreno-Willie Ong tandem in the 2022 elections.

In a media briefing on Thursday, September 23, PDP-Laban secretary general Melvin Matibag was asked about the possible implications of facing the recently launched tandem.

He added that the party would instead “harness” its strengths and “address” its weaknesses to assure the faction’s victory in the 2022 polls.

The party is still banking on President Rodrigo Duterte’s popularity.

Duterte is still largely popular, with his highest satisfaction rating yet recorded at 84% in November 2020. But in Social Weather Stations’s survey in May and June, Duterte’s numbers dipped to 75%. Duterte had already signed his certificate of nomination and acceptance, while Go has since declined the nomination.

Matibag said that the faction is still hoping that Go changes his mind.

“It won’t be fair to Senator Go to say that we are waiting for his decision and yet consider a possible substitute for him at the same time. We will wait for his decision until the last minute because we really feel there is a good chance he would accept,” he said. 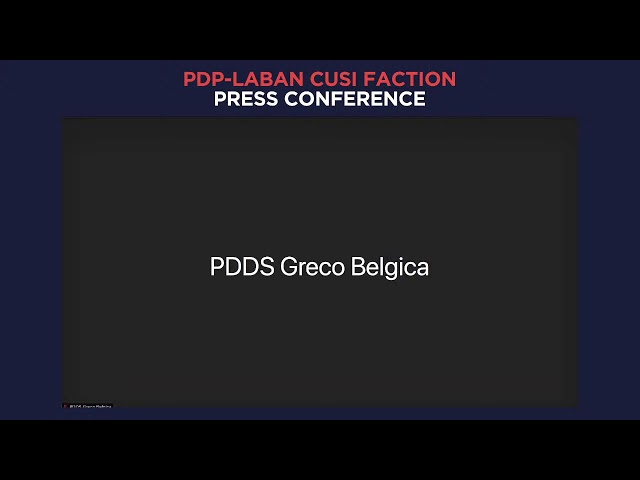 The Commission on Election (Comelec) will have to decide on which faction of PDP-Laban is legitimate.

The “original” faction nominated Pacquiao as the group’s presidential bet for the 2022 polls. Pimentel said during the faction’s own national assembly that he “will not allow the party to be hijacked” by Cusi’s group. – Rappler.com