It’s on: PDP-Laban factions battle for recognition before Comelec Now that both warring factions of the ruling PDP-Laban have filed their sworn information update statements (SIUS), the ball is in the Commission on Election’s court.

Comelec is expected to decide on which group to recognize as PDP-Laban during the 2022 national elections. This recognition is key since it will determine which faction will field official PDP-Laban candidates.

The group led by Senator Manny Pacquiao and Senator Aquilino “Koko” Pimentel III had filed theirs in July. Matibag, who had seen documents related to the Pacquiao group’s SIUS filing, said the rival group submitted on July 19.

“The submitted SIUS – including the two from PDP-Laban – will be submitted to the commission en banc. The banc will, essentially, be apprised of the situation,” he told Rappler on Wednesday, August 18.

“Since this circumstance isn’t clearly provided for in Comelec Resolution No. 10411, the banc will have to decide how to move forward,” he continued.

Jimenez said the situation is different from the 2018 contest between Pimentel’s group and that of “rogue” PDP-Laban member Rogelio Garcia because at the time, what was at issue was the differing list of authorized signatories submitted by the two camps.

“In 2018, the issue was about authorized signatories. That matter is still not at issue this time,” said Jimenez.

Jimenez had earlier said that if two different SIUS are filed under one party name, the poll body would conduct a hearing to determine which group to recognize as that party.

The decision, he had said, would be based on which group followed the party’s constitution and bylaws.

If you ask any of the two factions, they would insist they followed the rules and that the other side flouted them. The Duterte-backed group claims that it was Pimentel who had hijacked the party when he named Pacquiao party president without any elections. This group believes Pimentel and Pacquiao are using the ruling party for the boxing icon’s 2022 presidential ambitions.

Pimentel and Pacquiao, meanwhile, insist that the other side is dominated by new members who have not completed membership requirements and joined the party not because they are committed to party principles but just to ride on the Duterte bandwagon.

They have also accused the Duterte-backed group of floating non-party members as possible standard-bearers.

The Pimentel group has expelled several officers, including Energy Secretary Alfonso Cusi and Matibag, from PDP-Laban. The Duterte group has stripped Pimentel and Pacquiao of their positions as party officers.

“We are not worried about it,” said Matibag about the impending Comelec decision.

He said he expected Comelec to ask for documents that would support their group’s bid to be recognized as PDP-Laban. The other group would also be asked to submit such papers.

“We are assuring our members, especially on the local level, don’t worry about it. You will be running under the call of PDP-Laban, issued by the group of the chairman, President Duterte and Secretary Cusi,” said Matibag. 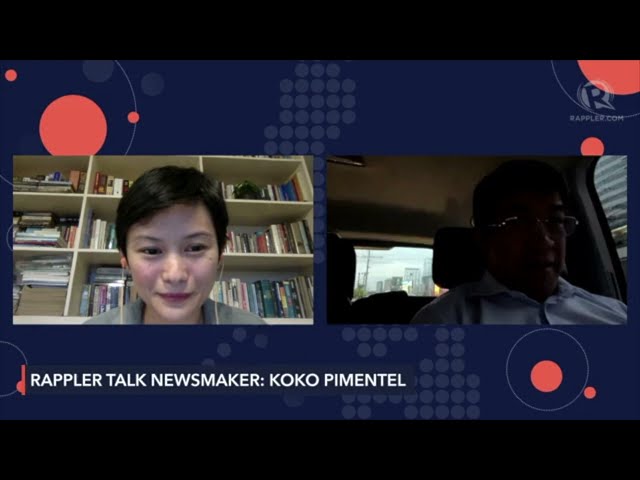 Pimentel is again awaiting a Comelec decision on who the poll body woud recognize as the legitimate representatives of the party co-founded by his late father and namesake, Aquilino “Nene” Pimentel Jr.

The first time was in 2018, when Duterte’s classmate Rogelio Garcia attempted to field a senatorial candidate for the 2019 elections under PDP-Laban, the Comelec held a hearing, asked Pimentel’s group and that of Garcia’s to submit written arguments in 10 days, then decided in favor of Pimentel.

That time, the Comelec’s decision was based on the fact that previous PDP-Laban applications and documents it recognized were all signed by Pimentel or those authorized by Pimentel’s group.

But in 2018, Pimentel had Duterte on his side. This time around, Duterte himself signed the SIUS of the rival group.

Asked about the weight of Duterte’s support for one of the groups in the Comelec en banc’s decision-making, Jimenez told Rappler, “Can’t speak to the minds of the commissioners, but officially, that fact doesn’t really matter.”

Duterte has publicly belittled Pimentel, while Pimentel, despite the harsh words, maintains he is still the President’s ally.

The Comelec en banc is dominated by Duterte appointees. Then-president Benigno Aquino III appointed Sheriff Abas as a Comelec commissioner in 2015, but it was Duterte who appointed him as Comelec chirman.

But Jimenez has given assurances that this, by itself, does not mean the integrity of these officials are compromised.

– With a report from Dwight de Leon/Rappler.com