In 2022, Filipino voters must ask: Am I happy with my lawmaker? Facebook Twitter Copy URL
Copied
UP governance professor Edna Co says that when lawmakers are not placed under scrutiny, they can make decisions that do not necessarily represent their constituents

Filipino voters should start asking themselves if they are content with their representatives in Congress.

This was the advice of political analyst Edna Co in Rappler’s latest #PHVote Dialogues episode broadcast on Wednesday, September 1, which tackled the role of lawmakers in the lives of Filipinos.

“‘Am I happy that my representative represents me this way?’ I think this is the time – citizens will have to rethink before they pass their choices,” Co said in an interview with Rappler’s Bea Cupin.

Co made this call after sharing her observation of how lawmakers had become less consultative with their constituents and, as a result, less representative of them.

As an example, she cited the vote of the legislative franchises committee not to renew the franchise of broadcast network ABS-CBN. She noted that lawmakers must have felt the public outrage because, while the vote was already done, they saw the need to explain their votes.

Co said that when lawmakers are not placed under scrutiny, they can make decisions that do not necessarily represent their constituents.

“As they say, democracy is an action word. It’s a participatory process,” Fonbuena said in the same call.

Fonbuena explained that interactions with politicians are no longer limited to elections season, when politicians descend to the barangays and shake hands with their voters.

With social media, Fonbuena said, voters can directly reach out to politicians through their accounts, and can organize to lobby for their advocacies with a “louder voice.”

“Let’s also look at our roles as citizens in a democratic country, that it works both ways. So we also need to exercise our power as citizens, we have to take our politicians to account,” Fonbuena said.

Come election day, Co and Fonbuena both recommended that Filipinos look at the history of the candidates trying to get their votes – in the bills they voted for, the statements they released, and if they feel these improved the lives of the voters and their communities. 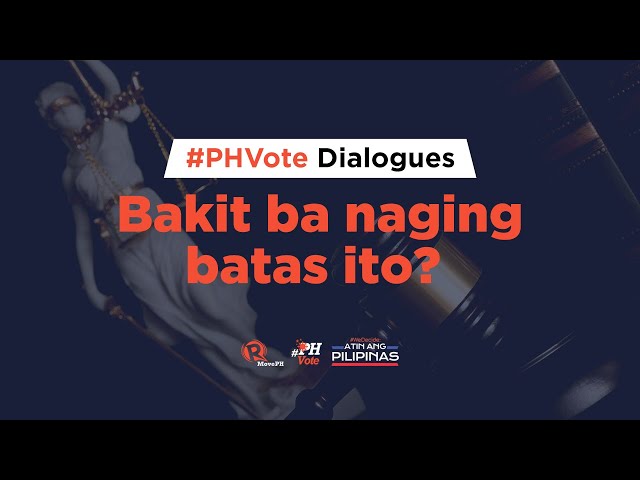