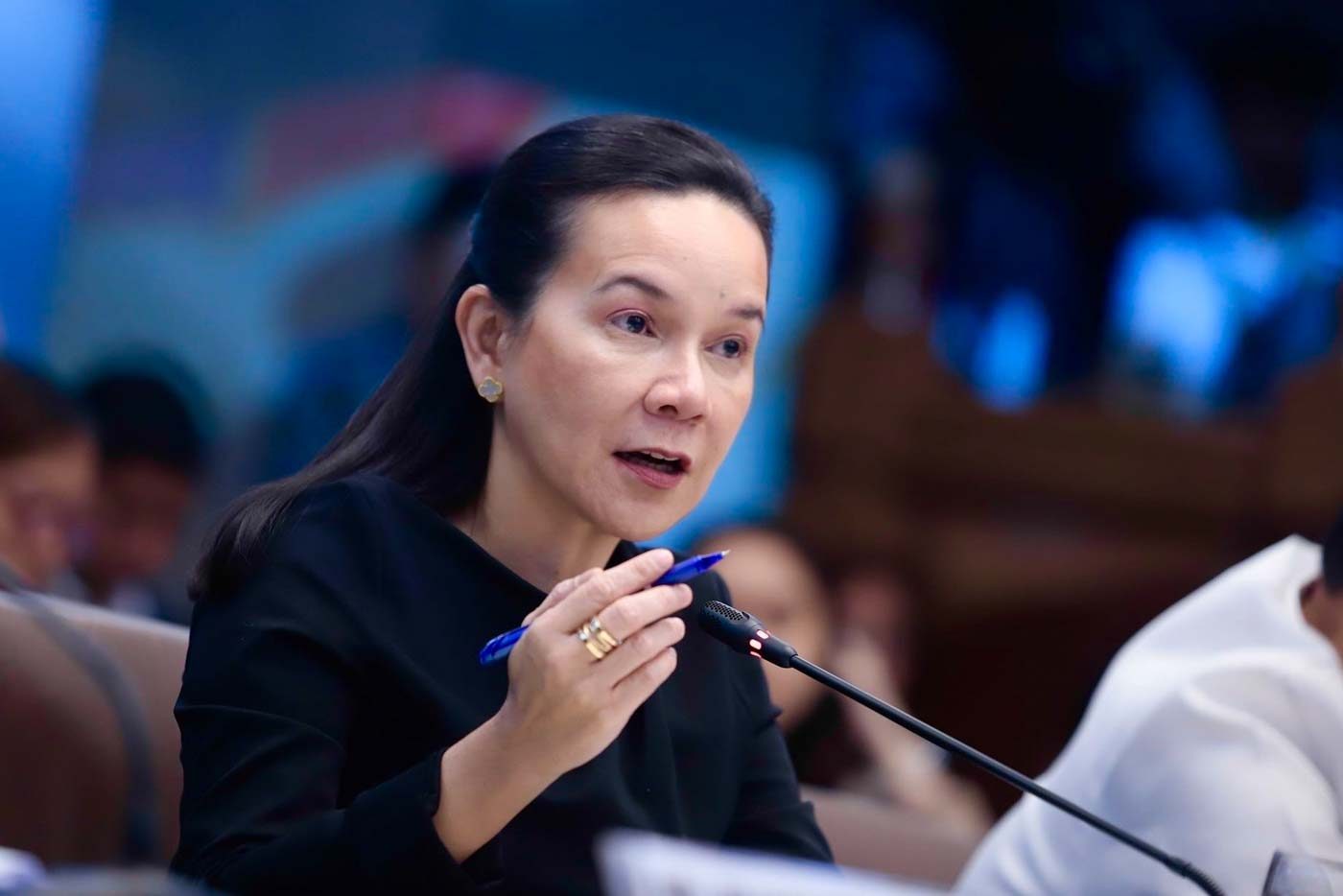 NO PLANS IN 2022. Senator Grace Poe speaks during a committee hearing in the Senate.

Senator Grace Poe said she will not run for president again in 2022.

The independent senator said this on Saturday, June 12, minutes after the 1Sambayan opposition coalition named her among its six nominees for its president and vice president tandem for next year’s elections.

(I thank the people for their continued trust in me. But I have no plans to run for president in the upcoming elections.)

She then said that she wanted to focus on legislative duties to help the government’s response to the raging coronavirus.

“Sa abot ng aking makakaya bilang senador, nais kong pagtuunan ng atensyon ang pag-ahon ng ating mga kababayan mula sa pandemyang ito (In the best of my abilities as senator, I want to focus my attention on helping alleviate the plight of our people during this pandemic),” added the senator.

Poe ran but lost a grueling presidential campaign in the 2016 elections. She had to face several disqualification cases that were hinged on the claim that she is not a natural-born Filipino therefore could not possibly run for president.

Poe, a foundling, is an adopted daughter of movie stars Susan Roces and the late Fernando Poe Jr, who also ran but lost for president in 2014.

Her citizenship battle went all the way to the Supreme Court, which ultimately ruled in her favor in 2016.

Poe, however finished third in the 2016 presidential race, behind eventual victor and now President Rodrigo Duterte, and former interior secretary Mar Roxas, then the standard-bearer of the Liberal Party.

Poe still has three years left in her second term as senator.

Batangas 6th District Representative Vilma Santos-Recto told Rappler she also has “no plans for 2022” even if she was nominated by 1Sambayan.

The famous actress turned politician said she would rather focus on addressing her district’s need during the COVID-19 crisis for now.

“I have to continue to do my legislative works. I have no plans for 2022 and I sincerely thank 1Sambayan for considering me,” Recto said in a text message.

“As of now, I want to concentrate and focus on my district (Lipa City). I want to ensure that all my constituents in Lipa City will be vaccinated, in partnership with our LGU. Dapat mabigay sa kanila ang ayuda na dapat makarating sa aking mga kababayan (They should be receiving the subsidy that was promised to our countrymen),” said Recto.

Recto, one of the deputy speakers in the House of Representatives, is on her second term as congresswoman. This means she is no longer eligible for reelection. But Recto has been rumored to be eyeing a possible senatorial bid. – Rappler.com

Editor’s note: An earlier version of this story said Rep. Vilma Santos was in her third term. She is only in her second term as Batangas 6th District representative.