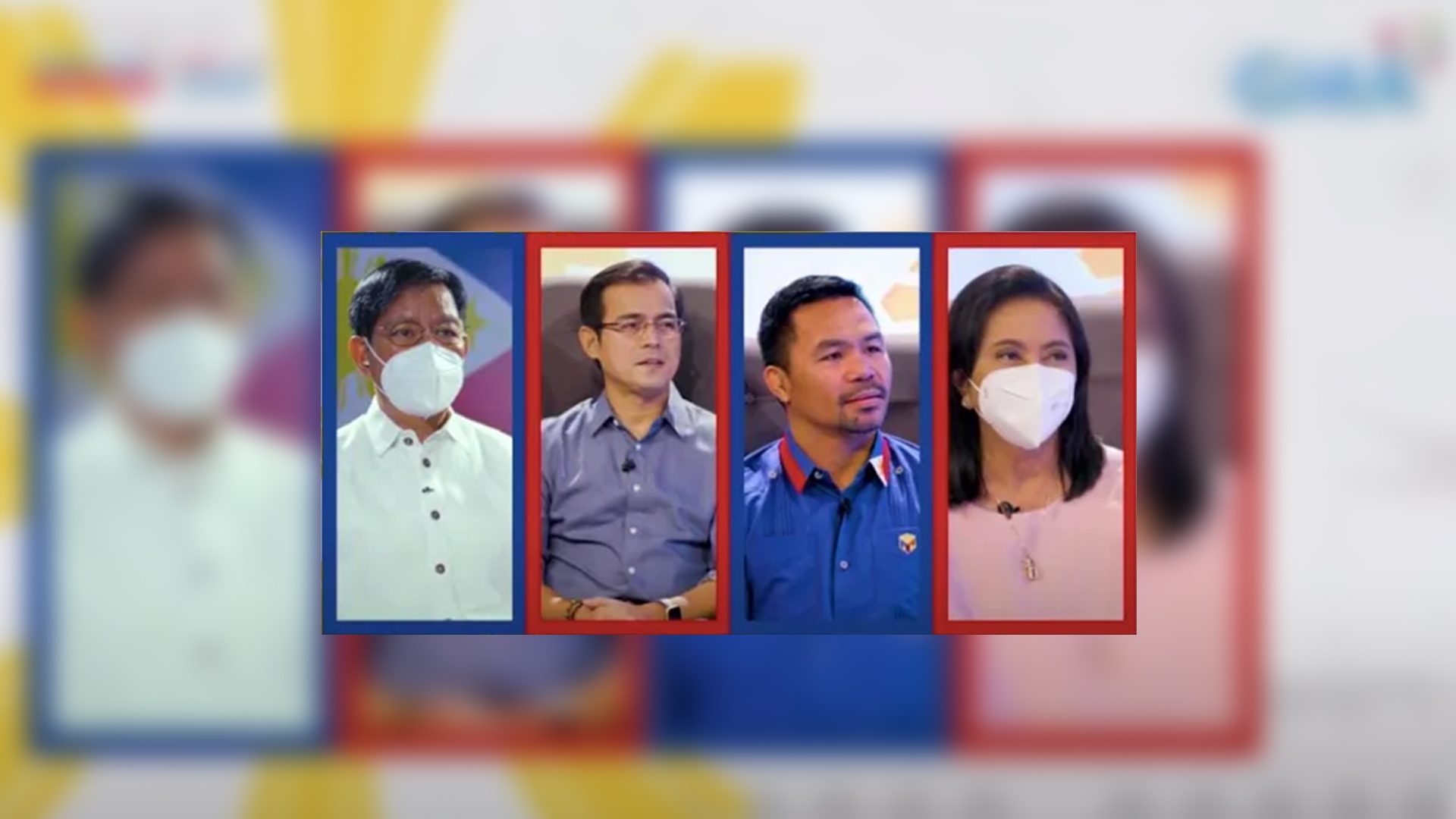 MANILA, Philippines – If elected president, Vice President Leni Robredo and Senator Panfilo Lacson said they would use the landmark 2016 Hague ruling to rally support for the Philippines’ position in the West Philippine Sea while restoring a “balance of power” in the strategic waterway.

The proposals stand as a rebuke to President Rodrigo Duterte’s decision to downplay, and in several turns belittle, the historic award, often referred to as Manila’s ace in its long standing dispute with China in the South China Sea, which includes the West Philippine Sea.

Since he was handed the victory in 2016, Duterte had repeatedly set aside the ruling in favor of pursuing warmer ties with China – a strategy of compromises that experts say ultimately reaped little to no rewards for the Philippines. The Jessica Soho Presidential Interviews aired on Saturday, January 22, pointed this out, with the veteran journalist citing China’s continuing militarization and unceasing presence in waters in the South China Sea over the last five years since the Permanent Court of Arbitration ruled in favor of the Philippines.

Would presidential bets pick up the Hague ruling if they were elected? How do they plan to implement this and convince China to abide by the ruling? Soho asked four presidential bets who graced the interview – Robredo, Lacson, Manila Mayor Isko Moreno, and Senator Manny Pacquiao to weigh in. One invited presidential candidate, Ferdinand Marcos Jr., was unable to state his plan because he declined to be interviewed.

Cooperate with other countries

Robredo spoke of forming a “coalition of nations” to confront China, saying that if the Philippines were to use the Hague ruling as its “weapon,” it would gain the support of many countries. In recent years, the Vice President has often expressed support for the legal award as she criticized Duterte’s handling of the maritime dispute with China.

(Let’s leverage that to form a coalition of nations, where we’ll have many supporters because of the arbitral ruling. We’ll unite this coalition of nations so together we can push back against the militarization of the West Philippine Sea…. We have a weapon, our weapon is our [legal] victory.)

Lacson pushed for a similar approach, saying he would prioritize beefing up the country’s alliance with other nations who have strong armed forces like the United States, European countries, Japan, and Australia. The senator said he would take this approach since there is no international police to implement the ruling.

In upholding the award, Lacson said the Philippines could capitalize on how the ruling supported the national interests of these countries through measures like upholding freedom of navigation which the ruling had backed.

(A balance of power is what’s needed in the West Philippine Sea. Foreign policy is anchored on national interest. Let’s capitalize on the national interest of different countries because they also need freedom of navigation. About 10% to 12% of International trade passes through these waters so this is where we should build strength because we cannot take on China.)

Both Lacson and Robredo take up in broad strokes what experts have suggested both the Philippine government and other Southeast Asian countries ought to do to push for the rule of law in the South China Sea.

Whether that be putting up a united front, expressing explicit support, or finding common ground that advanced the interests of each country, enforcement of the ruling will depend on how steadfast claimant states and the international community defend their rights in the waterway. Like his contenders, Moreno has expressed support for the Hague ruling. On Saturday, the Manila Mayor said China should recognize the ruling but acknowledged the reality that the country did not. Owing to this, he said he would focus on protecting Filipinos’ livelihood and ensuring that the Philippines didn’t further weaken its posture in the West Philippine Sea as it tries to regain lost ground incurred over the past years.

(In a civilized world, in a civilized time, we are guided by law and order…. But first things first, I will ensure food security. I will make sure our fisherman can fish there…. They will not be able to take more of what they’ve gotten while we get back what they’ve taken from us…. I will make sure that there is presence of our armed forces in the archipelagic area.)

Moreno spoke to the tangible effects China’s incursions have had on Filipino’s lives, with fishermen among those most affected by Beijing’s growing presence in the West Philippine Sea. Chinese ships have crowded out local vessels while scientists warned that overfishing in the marine rich waters, coupled with China’s island building, could lead to a collapse of the maritime area’s ecosystems. Pacquiao, meanwhile, said he would push for more dialogue to settle long-standing issues on the dispute. Though little detail was given on what these discussions should tackle and whom it should include, the senator wanted an abundance of it since issues could not be resolved with just “one or two” talks.

(We need to defend our rights. But we also can’t bully and we need to talk about what the problems are because problems can’t be resolved by just one or two discussions, especially when it comes to the West Philippine Sea. What is needed is plenty of dialogue and discussion to understand.)

Despite Duterte’s “Teflon status” garnered through high performance and trust ratings, Filipinos have consistently expressed disapproval of the Chief Executive’s approach to the dispute with China. Public surveys have captured year on year support for asserting The Hague ruling and defending the country’s rights in the West Philippine Sea. – Rappler.com