Presidential bets agree ‘all’ fake news peddlers must be punished 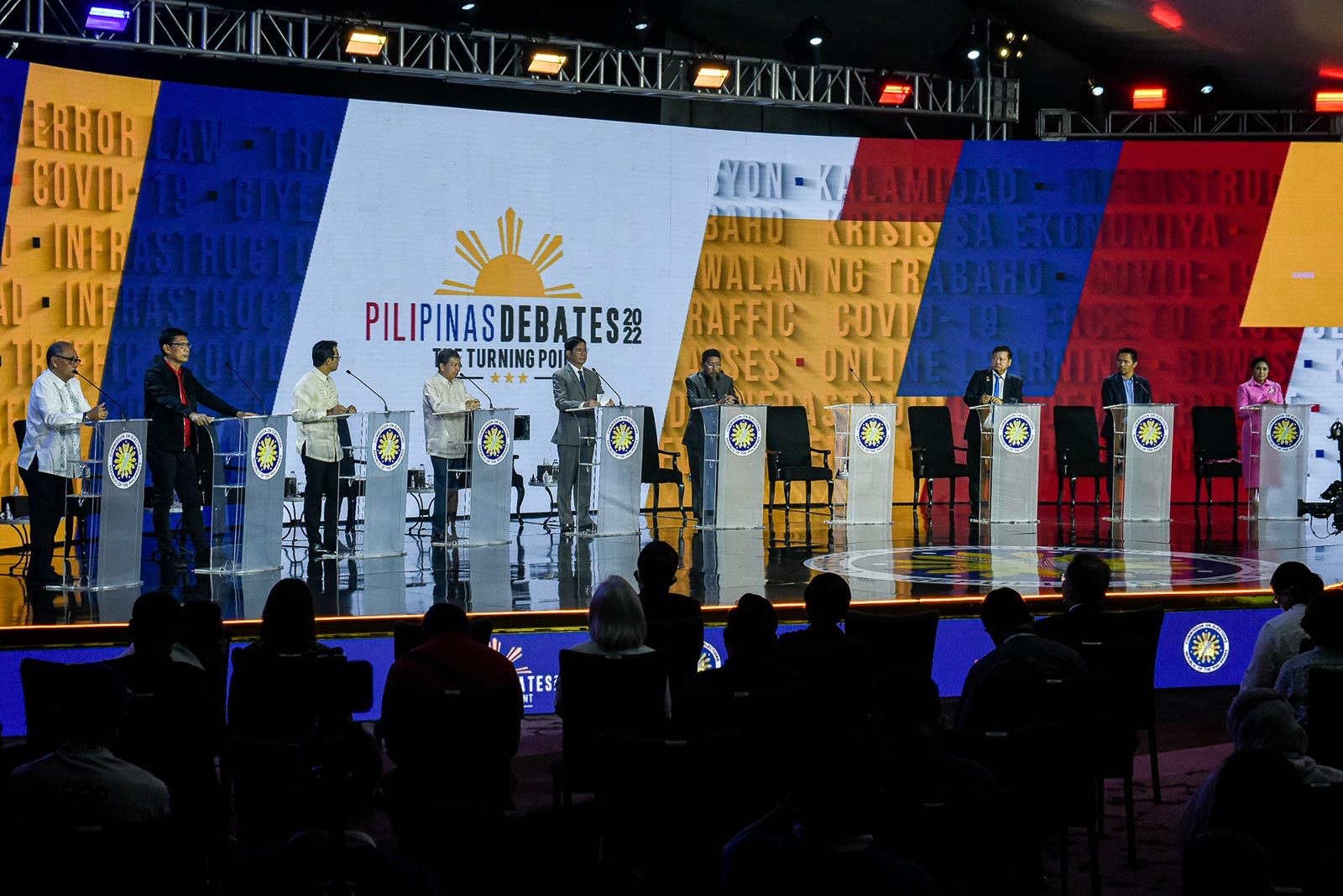 10 MINUS ONE. 9 candidates for the May polls square off during the first Comelec Presidential Debates at the Sofitel Hotel in Pasay City.

MANILA, Philippines – To address the “fake news” problem in media, presidential candidates believe anyone who creates fake news and allows it to spread should be held accountable. 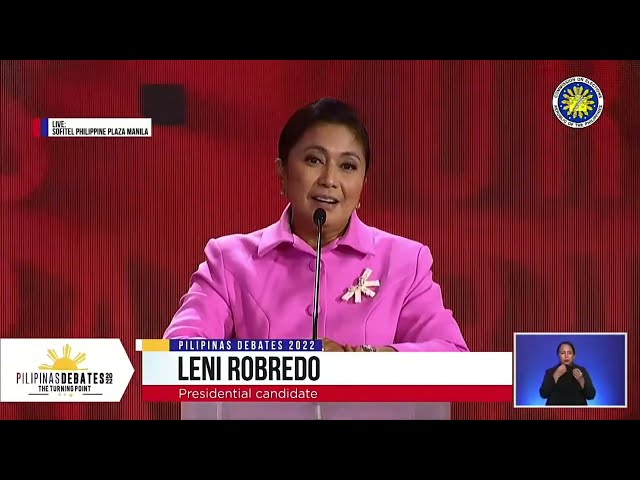 During the first Comelec-sponsored PiliPinas presidential debate on Saturday, March 19, moderator Luchi Cruz-Valdez cited a December 2021 SWS survey which showed that 69% of adult Filipinos believe the fake news problem in media is serious, and 51% of Filipinos find it difficult to spot fake news.

She then asked candidates what kind of regulation they would put in place to “control the fake news syndrome” not just in the country, but also to help the world.

(First, there is so much information that is being injected into the minds of young people now that they believe even if it isn’t true. Second, this destroys lives. There are many effects, fake news has a big effect and those who create it should be punished.)

(It’s easy to point to the law, but in our society, we see that its implementation is very weak, those who deserve justice should get it, they should be punished for all the wrongs they have done in our country.)

Even with no law that punishes fake news, Moreno said that existing laws should apply to everyone. In March 2020, the Bayanihan to Heal as One Act had a questionable and dangerous provision that punishes individuals or groups who create or circulate false information on COVID-19.

“Certainty of laws. There are already laws existing it has to be applicable to everyone. That includes the source of this application. We should – kailangan natin silang habulin at papanagutin bakit sila pumapayag na magkaroon ng fake accounts sa kanilang application,” he said. (We need to go after them and hold them accountable for how they allow fake accounts in their application.

In February, lawmakers approved a bill that would require social media users to register their legal identities and phone numbers when creating new accounts. This aims to counter those who make anonymous online accounts to spread hate and disinformation.

(The P203 billion estate tax is not fake news. That’s a Supreme Court ruling with finality. Thank you very much. Let’s just collect it.)

For all his responses on battling fake news, Moreno was joined in a rally the day prior by former government official Mocha Uson, a known disinformation peddler.

When asked about these seemingly conflicting stances, Moreno sidestepped the question, saying Uson would be able to respond to such allegations.

For her part, Vice President Leni Robredo cited studies saying she is the number one target of disinformation and that Marcos is the one who benefits most from disinformation. This was earlier reported by Vera Files and Rappler.

She agreed with Moreno on the need to track down the sources of false and misleading information.

(I agree with Mayor Isko in saying we need to trace the source. For example, two companies have already done studies that say I am the number one target of all disinformation, and the number one person who benefits from disinformation is Mr. Marcos. Number two, social media platforms should be made accountable because these are where disinformation thrives.)