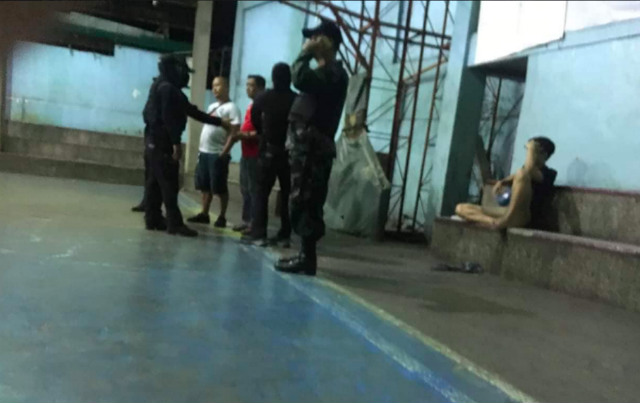 “Proceedings undersigned finds insufficient evidence to indict respondents with the offense as charged,” the prosecutor’s resolution dated May 15 read.

According to outgoing mayor Tomas Osmeña, the two SK councilors and two other persons were arrested while playing basketball at a gymnasium in Cogon Ramos, Cebu City.

He said that “15 to 20 masked SWAT with no nameplates arrived in full force” and took the group’s cellphones and money and put them in an envelope labeled “vote buying.”

Cebu City’s SK President Jessica Resch said that the money the councilors were carrying was intended as cash prize for an inter-sitio basketball tournament and subsidy for their jerseys.

The prosecutor’s resolution said: “All the respondents averred that while they were sitting together in the bleachers, they saw the armed men [SWAT] get empty white envelopes, put money inside [along with] flyers of Jerry Guardo,” referring to a city council candidate.

Maria Theresa Casiño, a Cebu City prosecutor, noted that “circumstances narrated by complainant arrested officers are viewed contrary to human experience when illegal or illicit trade or actions are done.”

She argued that those perpetrating election violations would “hide on the cloak of darkness, use stealth or surreptitiously approach voters to induce them to vote for or against a candidate.”

She added: “this did not hold true in the herein case. As established, the place of the incident was a public place, well-lighted and [there were] other civilians. The fact that alleged recipients of vote buying were made to sign a payroll as proof of the election violation casts questions of credibility of the incident.”

The 4 suspects were released on May 15.  – Rappler.com