QUEZON, Philippines – Arroyo ally Danilo Suarez, incumbent governor of Quezon province, is backing Ferdinand “Bongbong” Marcos Jr. this elections like he did in 2016. And to make his bet win the province, Suarez is denying that Bongbong’s father had a hand in the coco levy fund scam that victimized many of his constituent farmers.

“There was no scam that happened. Alam ’nyo, mga kasama, maling-mali talaga ’yung sinasabi natin na (you know, dear friends, it’s really wrong what they say that the) the coco levy was taken advantage by the crony of Marcos. Mali, eh. Those were all accusations that came out during the, after the EDSA revolution. Those are all wrong. For coco levy, the money was never stolen,” Suarez told reporters on Wednesday, March 23, on the sidelines of the morning Uniteam rally in Tiaong town. 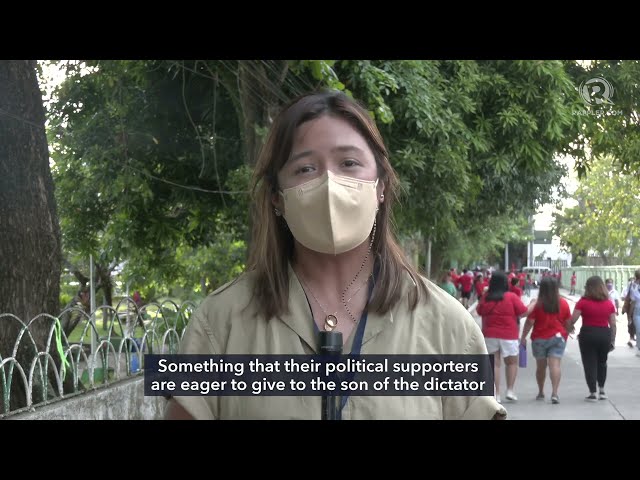 A string of cases both in Sandiganbayan and in the Supreme Court have established that the taxes imposed on coconut farmers during the dictatorship which was supposed to be for the benefit of the coconut industry, were just used by the ousted president Ferdinand Marcos and his cronies to buy and invest in businesses for their own enrichment.

In the pivotal Supreme Court ruling in 2012 in G.R. Nos. 177857-58, the High Court declared that 33 million shares in San Miguel bought by Marcos crony, the late Eduardo “Danding” Cojuangco, belong to the government and shall be used by coconut farmers.

The Supreme Court clearly said in that case: “In net effect, the CIIF (Coconut Industry Investment Fund) block of SMC (San Miguel Corporation) shares are simply the fruits of the coconut levy funds acquired at the expense of the coconut industry.”

Coconut farmers from Quezon to Bicol have died without getting what they were due.

But Suarez would have his constituents believe that “the money was never stolen.” Suarez instead blamed “yellows” why the Supreme Court ruling has never been implemented.

“It was there, kumita, nag-interest lahat. Ang hindi lang talaga napa-implement natin ay yung ruling ng Supreme Court during the time ng dilawan (What we could not implement is the Supreme Court ruling during the yellow rule), that it should be reverted back to the coconut farmers,” said Suarez, referring to the presidency of the late former president Benigno “Noynoy” Aquino III.

Since Marcos, the criticisms against the suceeding governments, including the two late president Aquinos, are their failure to ensure coconut farmers get back their tax. President Rodrigo Duterte also promised this, but he has not come through yet.

In a baseless claim, Suarez believes it is the dictator’s son who can fulfill this promise.

“I don’t think Bongbong will be affected by cronyism. I can see his sincerity… I am very confident that the Congress will act properly, the President will support the appeal of the coconut farmers,” said Suarez. 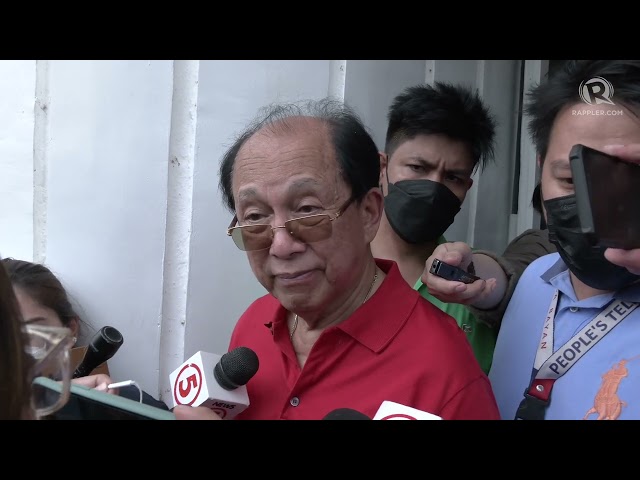 Suarez admitted though that he has not asked Marcos yet for that commitment.

“I haven’t asked him yet,” said Suarez.

In 2015, the then-senator Marcos also pledged to help return the funds to coconut farmers by supporting legislation that would fast-track it.

That pre-election promise failed to make him win Quezon in the 2016 vice presidential elections. Vice President Leni Robredo defeated Marcos in the province in 2016 by a margin of 211,770 votes.

Quezon is 13th most vote rich province with 1.4 million registered voters for May 9.

Marcos’ so-called promise to help return coco levy funds to farmers is part of Suarez’s key messaging for his constituents. The Suarezes also backed Marcos in 2016.

(We just want to see his assurance because we are a coconut producing province, that he will help us support coco levy. To return to farmers money that the Supreme Court said was theirs, that it will not go anywhere except to the coconut farmers.)

Suarez said that for this upcoming elections, he has been able to see more sympathy for their side and Marcos from priests, and from neighboring Bicolanos, whom he said he will convince to switch to the son of dictator.