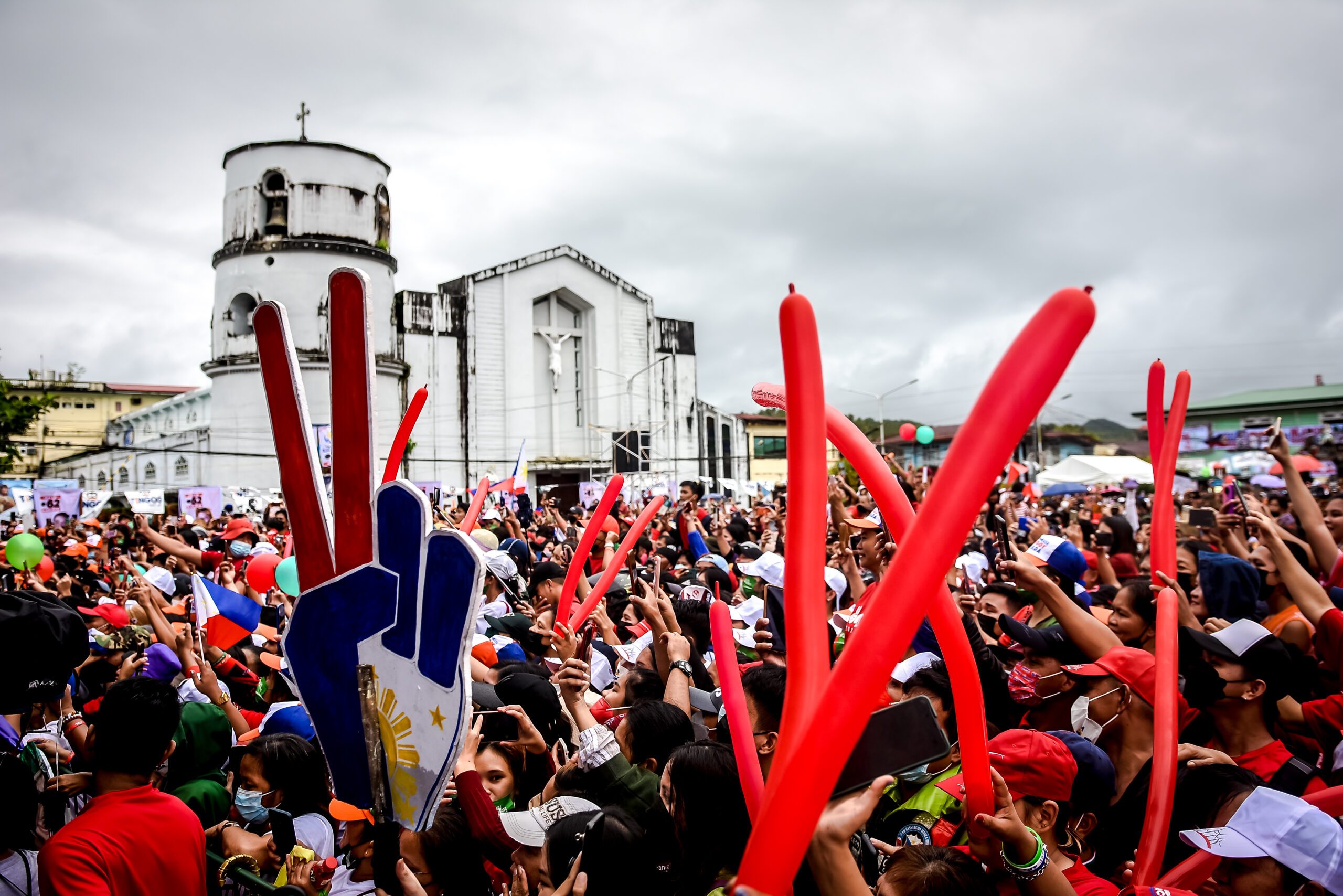 SAMAR, Philippines – Rains and the RoSa (Robredo-Sara) movement among local executives in the provinces of Samar island dampened the rallies of presidential candidate Ferdinand Marcos Jr. on Friday, April 8.

Drone shots of the 8 am rally at the University of Eastern Philippines (UEP) grandstand in Catarman, Northern Samar, showed the crowd occupying barely a sixth of its open space.

The local police said there were between 6,000 to 7,000 persons in the rally. This is the same venue that drew a crowd of 73,000 during the March 28 rally of Vice President Leni Robredo, Marcos’ key rival in the presidential race.

The crowd in the Eastern Samar capital of Borongan was a bit larger but also did not fill up the public plaza, which a local government official said has a capacity of 5,000.

The Borongan police said 10,000 persons came to see the son of the late dictator. But another city official laughed off the police’s claim, putting his estimate at around 2,000 to 3,000. Videos and photos of the of the event by Efren Catubay show blank areas in the plaza.

Rains dogged the Marcos events, but the audience stayed put and remained enthusiastic under their umbrellas. 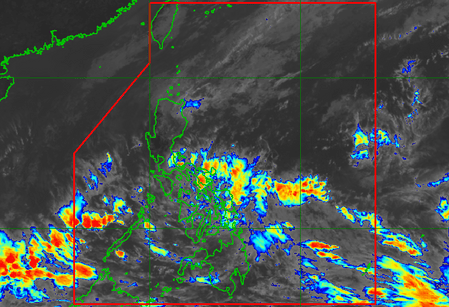 The pro-Marcos Uys of Samar, a province with close to 600,000 voters in the 2022 elections, gathered the biggest crowd. The governor’s sister, 2nd district representative and gubernatorial candidate Sharee Ann Tan, introduced Marcos at the rally.

Across all three provinces, Marcos stuck to his “unity” spiel – repeating the word pagkakaisa about 15 times in Catbalogan.

Northern Samar governor Edwin Ongchuan, Eastern Samar governor Ben Evardone, Borongan mayor Mayor Dayan Agda and at least 18 other mayors have endorsed Robredo. But they are also known backers of Sara Duterte, as are most of the local chief executives in their provinces.

A press release from the Lakas-CMD, Duterte’s political party, said that she and Marcos “have agreed to split up in the homestretch of the campaign so they could revisit more areas and reach out to remote communities.”

He briefly ran through her three main platforms –  opening up the economy and returning jobs lost during the two-year COVID-19 pandemic, providing quality education, and safeguarding peace and order – but reserved the bulk of his speech to hitting Robredo.

In Filipino, the former national police chief quoted her as saying, “If I win, I will be a very supportive vice president to our president, Bongbong Marcos.”

He used this to launch an attack on Robredo.

De la Rosa urged the crowd to vote straight for the Uniteam Senate slate, as an “obstructionist” chamber could hamper the executive branch. – with reports from Alren Beronio/Rappler.com