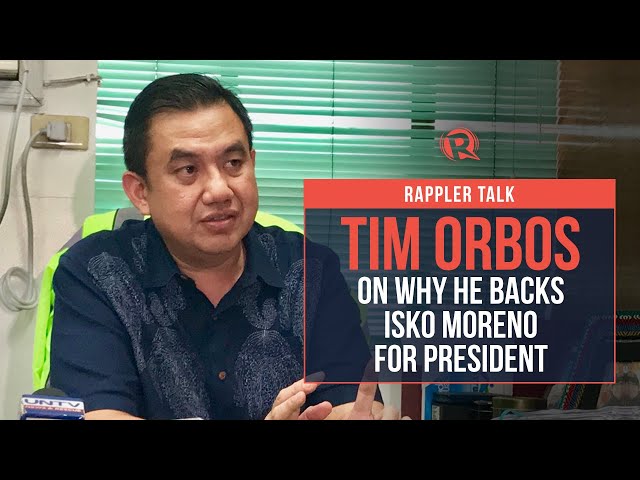 Thomas “Tim” Orbos has served under both the Aquino and Duterte administration, in the Metro Manila Development Authority and transportation department. After a failed bid for a congressional seat, he’s now leading a network of volunteers supporting a presidential run for Manila Mayor Isko Moreno.

This network, Ikaw Muna (IM) Pilipinas, now says it has chapters all over the country, from major cities in Mindanao, to vote-rich Cebu province, to Northern Luzon – considered a bailiwick of the Marcos family.

Rappler reporter Pia Ranada talks to Orbos about what support for Moreno looks like in different parts of the country.

Catch the interview at 3 pm on Wednesday, September 15. – Rappler.com