After Reporma split, 3 of 4 Senate bets stay loyal to Lacson 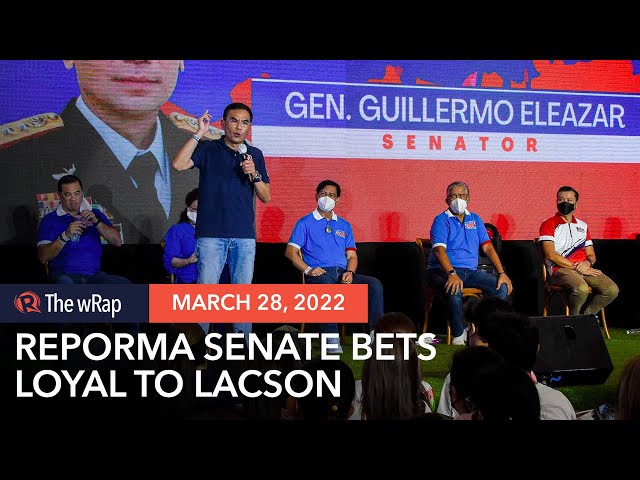 MANILA, Philippines – Following his resignation from Partido Reporma, former standard-bearer Panfilo Lacson managed to keep the support of three out of the party’s four senatorial bets.

“I believe that her mission to reform and uplift the country aligns with my own plight to bring about real positive change in the lives of the ordinary Filipino, especially those who have been neglected by past administrations,” Del Rosario said in a statement.

Eleazar, meanwhile posted a photo with Lacson on Saturday, March 26, with the caption, “Walang iwanan (No one gets left behind).” Eleazar explained that he would continue to campaign for Lacson but he would stay with Reporma.

In a post on Friday, March 25, Padilla said she would do the same: campaign for Lacson but not leave Reporma.

Piñol, meanwhile, was present on Thursday, March 24, when Lacson announced his resignation from the party. Piñol said during the press conference he would not leave Lacson because they were “friends.” 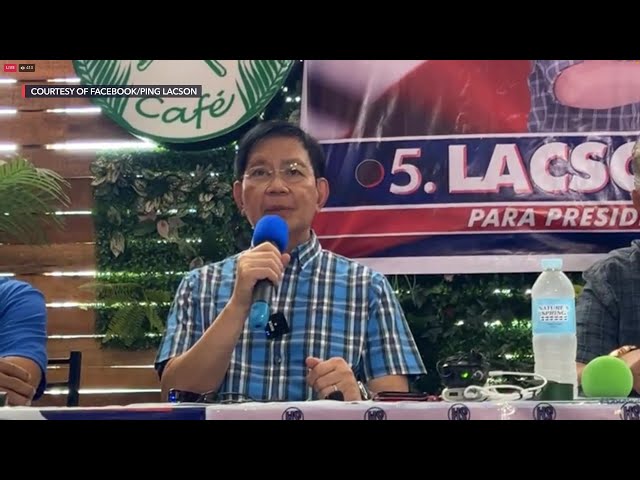 In a statement on Saturday, Piñol said: “Principles are on the line here. I will not join the other group. I will stay here with Ping Lacson.” Piñol has not announced whether he will also resign from the party.

The senatorial candidates who stayed with him were all Reporma recruits of Lacson himself, while Del Rosario is a friend of Alvarez from working in the 17th Congress from 2016 to 2019.

Aside from the Senate bets, Reporma spokesman and former congressman Ashley Acedillo as well as Reporma members from Cavite resigned en masse in a move of solidarity with Lacson.

Lacson and Alvarez also later explained that they parted ways after a P800-million funding dearth for poll watchers on election day. While Lacson was estimated to have shelled out around P915 million for ads in 2021 alone, he said he could not raise that amount of money ahead of May. 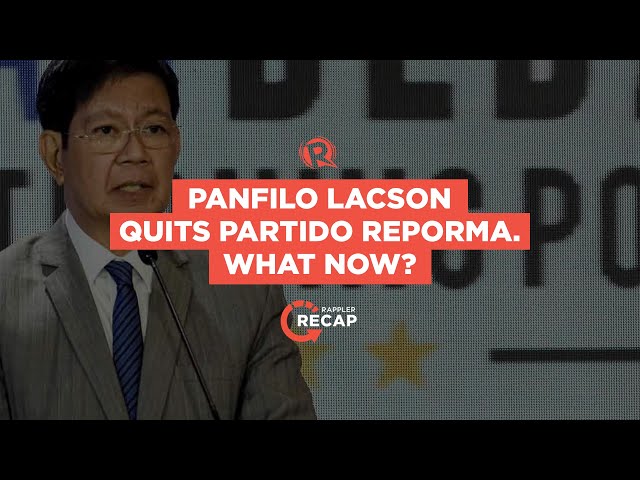