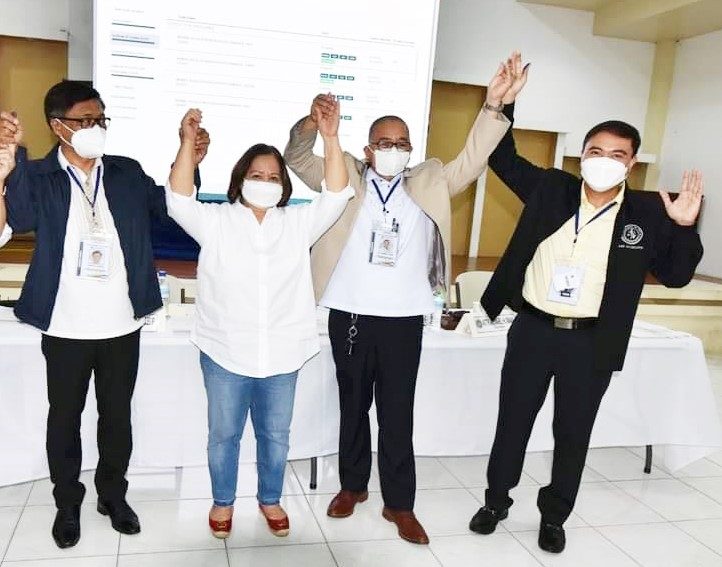 PINEDAS STILL RULE. The Commission on Elections provincial board of canvassers proclaim unopposed Vice Governor Lilia Pineda, who gets a second term. She served as governor before.

Facebook Twitter Copy URL
Copied
The Pinedas win in the races for governor, vice governor, mayor, and provincial board in Pampanga

PAMPANGA, Philippines – Governor Dennis “Delta” Pineda and his mother, Vice Governor Lilia Pineda, will service another term in office as they won in their respective reelection bids.

The Commission on Elections (Comelec) proclaimed them as winners on Tuesday evening, May 10.

Reelectionist 2nd District Provincial Board Member Mylyn Pineda-Cayabyab, another daughter the vice governor, topped the race with 175, 951 votes. Completeing the three seats in the district are Pineda allies Fritizie David-Dizon with 131,992 votes and Eusoof Sajid, with 125, 535.

The Pinedas supported the tandem of Ferdinand Marcos Jr. and Davao City Mayor Sara Duterte. They have been holding the province’s top executive posts since 2010.

Of Pampanga’s congressional candidates, only the 4th District’s Anna York Bondoc had an opponent. She won with 258,625. votes against Regino Mallari who only secured 10,095 votes.

Bondoc, who previously served three terms in Congress, will replace her brother, Deputy Speaker Juan Pablo Bondoc who is on his third term.