THEIR CANDIDATE. Presidential aspirant Ferdinand Marcos Jr. flanked by Ormoc Rep. Luzy Torres-Gomez and Mayor Richard Gomez after a January 31, 2022 meeting where the couple endorsed the son of the late dictator. 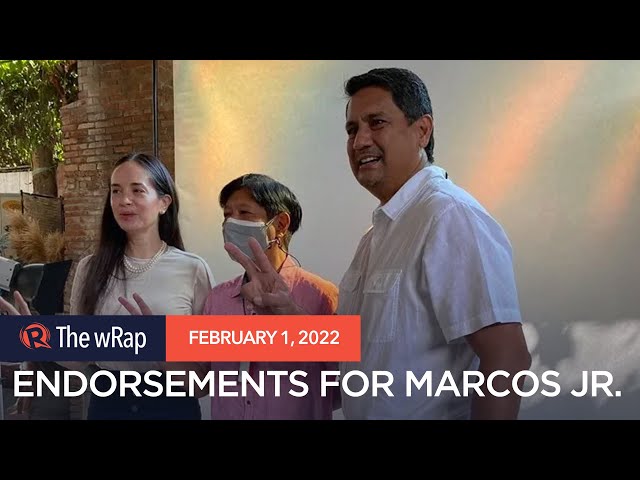 The celebrity couple made the announcement a day after a lunch meeting with Marcos Jr. at a restaurant in Quezon City on Monday, January 31.

Gomez did not respond to Rappler’s text message when asked to confirm his support for the son of the late dictator Ferdinand Marcos.

(Of all the candidates, he was the only one who helped Ormoc City during disasters and difficult times. He is easy to reach out to and easy to talk to.)

Torres-Gomez earlier expressed her support for Marcos Jr. during the latter’s appearance with Anakalusugan Representative Mike Defensor on her SMNI news channel show “Point of Order.”

SMNI news channel is the broadcast arm of the Kingdom of Christ headed by embattled preacher Pastor Apollo Quiboloy.

“The matter of presidency, it’s really an act of destiny. It’s one of those things that only God knows and only time will tell,” Torres-Gomez said.

“And I would just like to say that if it’s in God’s plan for BBM to be our next president, may you be one of the best this country has ever had. I wish you well. I wish you every success,” she added.

Torres-Gomez also said Marcos Jr. is the “most vilified because he is the most popular.”

In 2016, the celebrity couple also expressed their support for the vice presidential bid of Marcos Jr.

Gomez and his wife running for each other’s posts in the upcoming elections. – Rappler.com