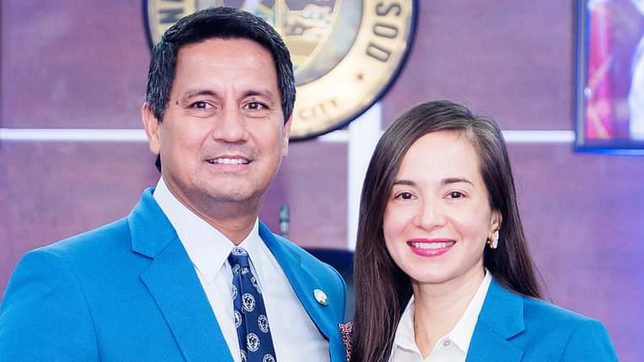 “I’m not running for any national position,” Gomez told Rappler in a text message, adding that neither will his wife.

Instead, Lucy, who is already on her last term as congresswoman, and Gomez will seek to switch places in the 2022 elections.

Their camp, the Ormoc Development Team (ODT), released the official lineup of the Torres-Gomez-led local political party on Facebook on Thursday, September 16. The City Government of Ormoc ran the post on its page.

The celebrity couple held a closed door meeting with the rest of the ODT members at their home in Carlota Hills, Ormoc City, on Wednesday, September 15.

“The decision made was on the basic and simple premise – to continue to develop Ormoc City to be a premier city in Region 8,” Gomez said of their decision.

“We chose our candidates according to credentials, track record and with a personality that can make a positive difference for our city,” he added.

The decision came a week after the Partido Demokratiko Pilipino-Lakas ng Bayan (PDP-Laban) faction led by Energy Secretary Alfonso Cusi officially nominated Lucy as one of thei nominees for the Senate.

In February, Lucy denied reports claiming that she had confirmed her senatorial bid but said at the time that she was not closing her doors. (READ: FALSE: Lucy Torres confirms her senatorial candidacy)

Meanwhile, Councilor Vince Rama will run for board member in the 4th District of Leyte, seeking to replace his wife Carmen Jean Torres-Rama who will run for councilor.

In 2019, the couple and their political allies ended the decades-long rule of the Codilla family, sweeping key electoral positions in the 4th district of Leyte.

Over the past 11 years, the couple’s political careers faced a series of challenges through disqualification cases. (READ: Comelec dismisses disqualification petition against Lucy Torres Gomez)

The Codilla-led camp has yet to field a candidate for the 2022 local races. – Rappler.com