In Baguio, Robredo asks Church: Be my ‘very able partner’ in pushing reforms Presidential aspirant and VP Leni Robredo speaks with the religious orders and other sectors in Baguio City at the Saint Louis School Inc. on December 7, 2021.

BAGUIO CITY, Philippines – Vice President and presidential aspirant Leni Robredo has turned to the Church to be her “very able partner” in reaching out to communities and to elevate the discourse on the 2022 elections.

Standing at the podium in the social hall of Saint Louis School, Robredo said she requested an audience with the various religious orders in Baguio City on Tuesday, December 7, because she needed their help in her push to get Filipinos organized and be more empowered in the decision-making processes of government. 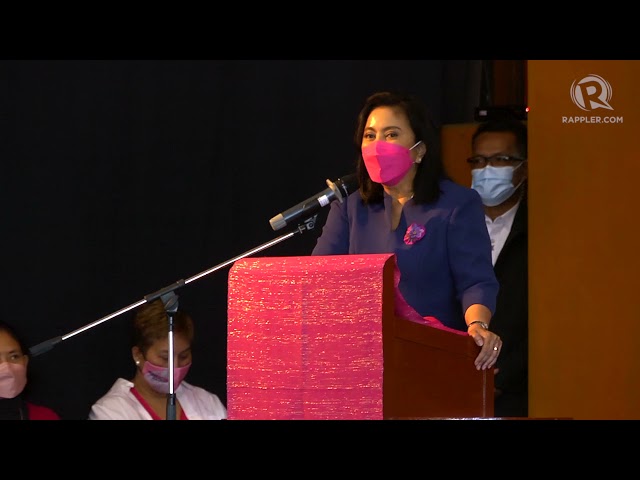 Robredo – who had worked with communities as a pro-bono human rights lawyer – is hoping to replicate the “People’s Council” that was institutionalized in her home city Naga in Camarines Sur back when her late husband Jesse Robredo was mayor.

How effective was the council?  Robredo recalled that there was a time when Jesse had approved the proposed construction of a golf course. But it was scrapped after the People’s Council opposed it citing its that maintenance would demand a huge volume of water and therefore harm the environment and affect the irrigation of farmlands.

The Vice President is hoping nuns and priests in Baguio City would be able to begin organizing their communities to help empower citizens.

She is also banking on the support of her volunteers to help amplify her message in Baguio, which belongs to the “Solid North” provinces where votes are traditionally commanded by the Marcoses.

For the Vice President, people empowerment is key in addressing what she described to be the systemic problems ailing the country.

(I think our problem is systemic, not just personalities. The personalities who we do not like get elected because of the system.)

Since filing her candidacy in October, Robredo has been holding private meetings with bishops in the provinces she is visiting to convey a similar message.

In Legazpi City in Albay, Robredo also asked for the Church’s help in debunking the lies and disinformation being spread by her critics online.

The Philippine opposition leader has been on the receiving end of the most vicious attacks online by supporters of President Rodrigo Duterte and his propagandists, but she has been the target of online disinformation since she stepped on the national stage as a vice presidential aspirant in 2015.

Getting the ball rolling

Robredo’s message to the Church was well-received by religious officials who decided to heed the Vice President’s request for a dialogue on Tuesday. 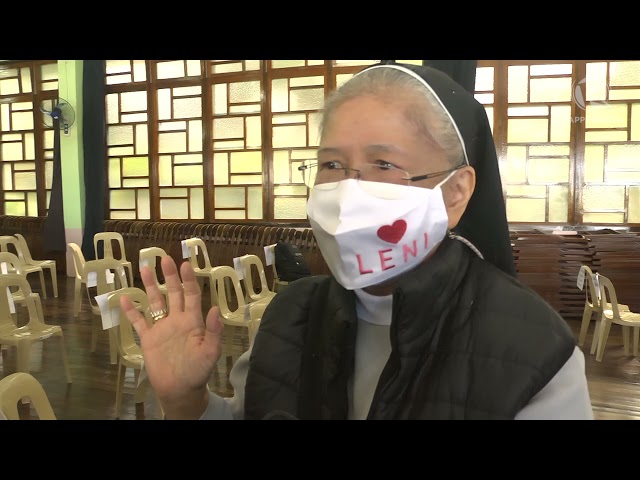 Sister Adelaida Ygrubay, former mother prioress of Manila from the Missionary Benedictine Sisters of Tutzing, said Robredo’s call complement what their order has been doing.

“I really believe in what she said because I used to work in social apostolates and that’s what we wanted to do with the people – to empower them, to participate in the decision that affect their lives. And unfortunately, it has not always been possible, but I think if we elect her, we can get the ball rolling,” said Ygrubay.

A day earlier, Ygrubay said she replied to one Facebook user who was insulting Robredo and seemed to be using crass remarks that echo the foul-mouthed Duterte.

“I didn’t understand many of the words being used, but I said it echoes what the President has been saying; doing. So I said it’s time for a change. No more Duterte and no more any of his family in our land, really,” said Ygrubay.

Sister Crispina Ng of the Sisters of the Immaculate Heart of Mary also agreed with Robredo’s push to set up more People’s Councils across the country.

“I also believe in what she said. It’s a systemic thing, it has to be treated through institutionalized [policies], kasi kung kanya-kanyang grupo po tayo (because if we don’t work together), we will not achieve anything. So I saw that – it’s the system that should be corrected,” said Ng.

Ng said the next president of the Philippines should “elicit the participation of the citizenry,” be God-fearing, and honest to help bring about meaningful change come 2022.

Robredo said she has been meeting with local church leaders to seek their counsel and also seek their help in reaching out to communities in the run-up to the 2022 campaign period. – Rappler.com