CEBU. Vice President Leni Robredo and Senator Francis Pangilinan at the Ceboom grand rally at the corner of Ouano Avenue and C.D. Seno St. in the North Reclamation Area on Thursday, April 21.

Facebook Twitter Copy URL
Copied
Presidential candidate Vice President Leni Robredo reminds her supporters not to let their frustrations get the best of them, in #WeDecide: First 100 Days, a presidential interview series by Rappler CEO and Nobel laureate Maria Ressa

MANILA, Philippines – Amid intensified attacks against Vice President Leni Robredo and her supporters, the opposition leader urged “kakampinks” to stop hostile name-calling and focus on the task of converting votes to lead to a May 9 victory.

Robredo, the country’s opposition leader, reminded her supporters to not let their anger get the best of them. 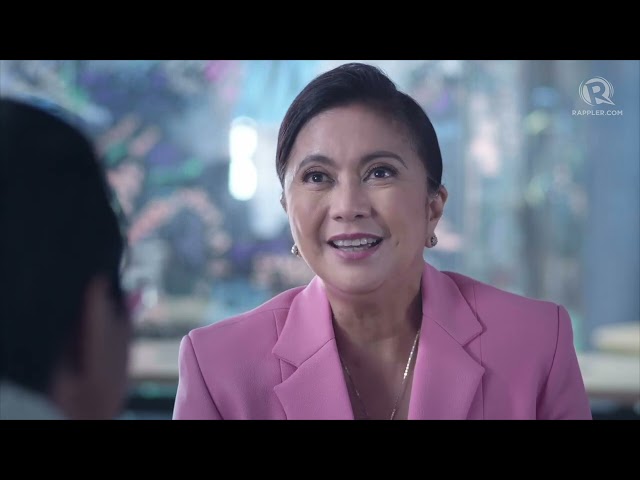 “Lagi kong sinasabi, ‘yung radikal na pagmamahal (I always talk about radical love). And I understand the frustration of many of our supporters. But we can’t allow it to be relegated to name-calling…. To let their frustration get the better of themselves,” Robredo said in #WeDecide: First 100 Days, a presidential interview series by Rappler CEO and Nobel laureate Maria Ressa, that aired on Wednesday, April 20.

Robredo is the closest rival of former senator and dictator’s son Ferdinand Marcos Jr. in the presidential race. In the most recent Pulse Asia survey in March, Marcos maintained a lead but dropped by 4 points to 56%, while Robredo surged by 9 points to 24%.

Robredo told her supporters that she understood their frustration, but there was a greater need to focus on the task at hand.

“We’re seeing a massive shift on the ground. People are coming out. But we need to convert this into votes,” she said.

“Those who have access to more information, and are basing their decisions on that, should ensure that those without access to the same information that they have – they would be able to reach out to them,” she added in a mix of English and Filipino.

Robredo related this advice to how she has dealt with criticism throughout her term as vice president. When she criticized President Rodrigo Duterte’s key projects like his bloody war on drugs, she found that her public approval numbers would dip, causing her office to “lose strength.”

Even as she and Duterte had been at odds for most of their terms, Robredo found ways to keep working despite her office’s limited mandate and budget.

(Many supporters sometimes become frustrated, but they don’t see that as vice president, the first thing I have to do is to accomplish our work.)

Robredo said it was a “push and pull” of managing weakening political capital, but understanding that there was a bigger purpose behind her job.

“At the end of the day, you ask yourself, bakit ako nandito? Ano ba ‘yung naatasan sa akin na gagawin ko (Why am I here? What was I called to do)?” she said.