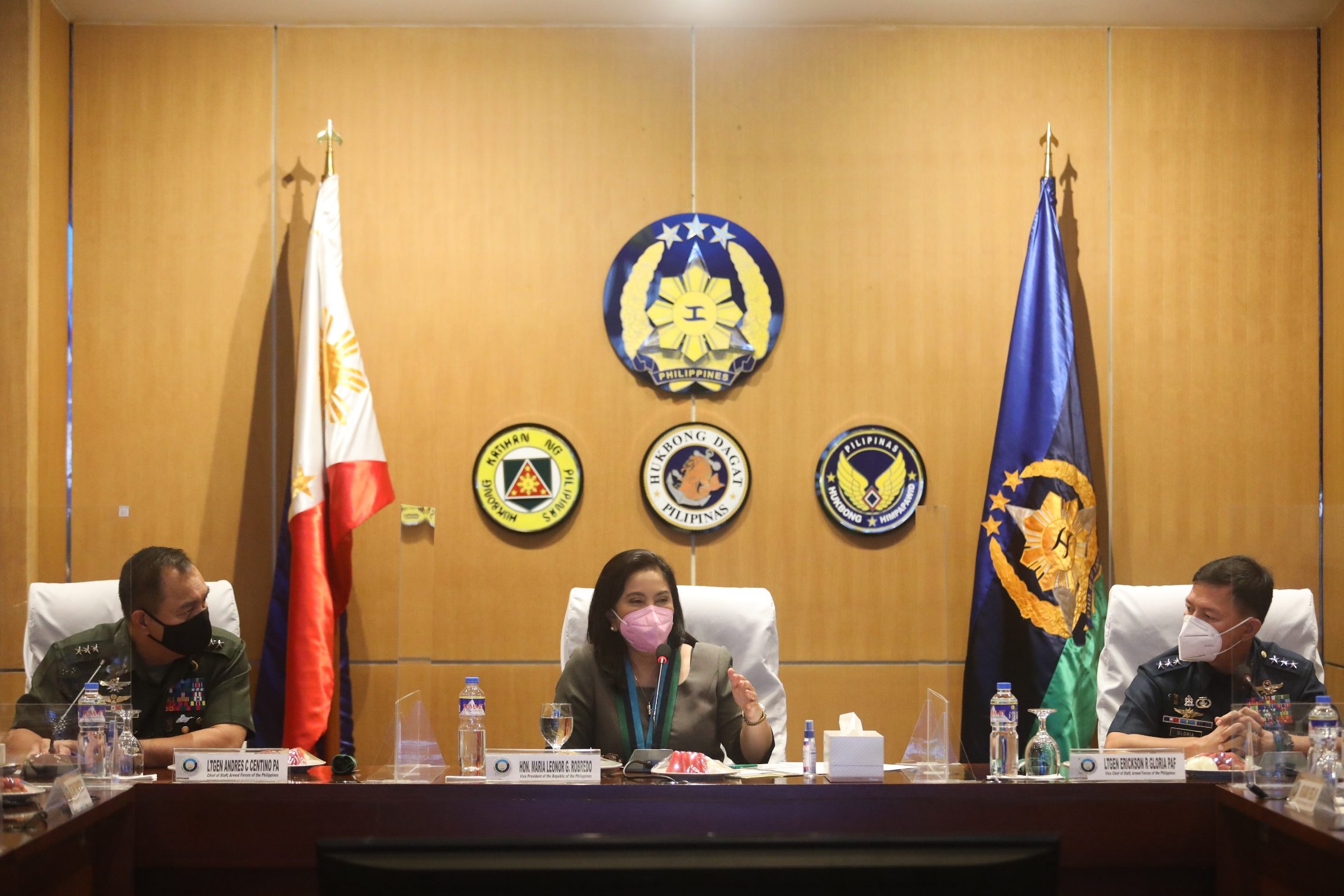 Presidential aspirant and Vice President Leni Robredo assured the military’s top brass that she supports the anti-insurgency mandate of the National Task Force to End Local Communist Armed Conflict but the “careless” red-tagging of some of its members has cast the entire NTF-ELCAC in a bad light.

On Friday, November 26, Robredo addressed what she has described as the “elephant in the room” on her push to abolish the NTF-ELCAC during her security briefing with newly minted Armed Forces chief Lieutenant General Andress Centino and other military officers at Camp Aguinaldo.

This is the AFP’s fifth security briefing for Robredo in as many years, spanning her vice presidency.

The Philippine opposition leader clarified she is all for NTF-ELCAC’s mandate to combat the insurgency problem, but the “careless statements of some of the members”– the red-tagging of civilians and government critics, as well as Robredo herself – has cast the entire task force in a bad light.

“I want to address the elephant in the room kasi (because) I’ve been quoted so many times already that I’m for the abolition of NTF-ELCAC. And I want to emphasize today that I am all for the mandate and the functions of [NTF-ELCAC],” said Robredo.

“I’ve been on the receiving end of unfair accusations. I’ve been red-tagged and the red-tagging has been baseless. I am one with you in the challenge of defeating the insurgency problem by addressing the core of these problems, and the peripheral issues surrounding it,” she added in a mix of English and Filipino. 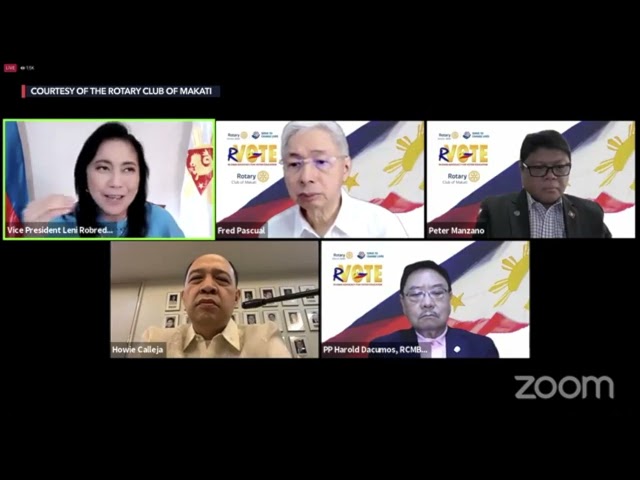 The Vice President also said that the task force’s Barangay Development Fund was “the best part of everything,” emphasizing her belief that local development programs are key in addressing the root causes of the insurgency problem.

“And that’s basically the main idea, [which is] really to work with the local government units to do projects that will address not just the social injustices but the inequality that has been happening,” Robredo said.

Both administration-allied and opposition senators moved to significantly slash the NTF-ELCAC’s proposed budget in 2022, as the task force has completed only 26 out of its over 2,000 planned social welfare projects nationwide.

Sought by Rappler to further clarify what appears to be Robredo’s more tempered answer regarding the NTF-ELCAC, her spokesperson Barry Gutierrez said the Vice President still wants the task force abolished.

“NTF abolition does not mean an abandonment of the local development programs or the whole-of-nation approach. She’s been very clear about that,” Gutierrez said.

Robredo earlier rejected a purely “militaristic approach” against the communist insurgency, urging civil society, the private sector, and even the Church to join the peace process.

In October, Robredo had also renewed her call for localized peace talks with communist rebels throughout the country as a step to forging an agreement with them. – Rappler.com