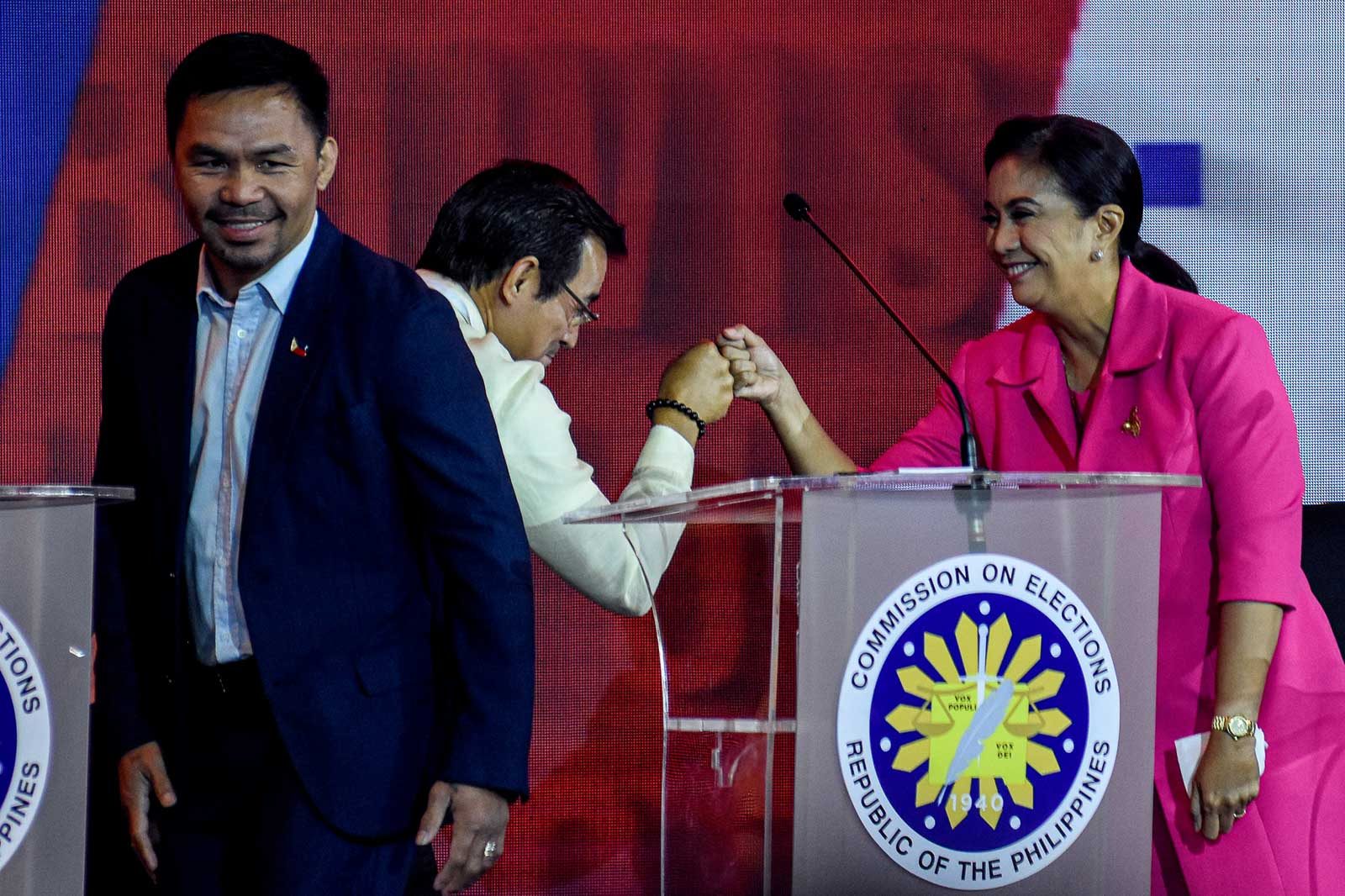 DEBATE. Presidential aspirants greet each other as they meet for the second time for the Comelec presidential debate at the Sofitel hotel in Pasay City on April 3, 2022.

Facebook Twitter Copy URL
Copied
The 2016 Hague ruling has been viewed not only as Manila’s ace in the sea row, but a victory that served all other nations that value a rules-based order in the South China Sea

MANILA, Philippines – In building international support to push back against China in the South China Sea, presidential candidates Manila Mayor Isko Moreno and Vice President Leni Robredo delivered similar visions to use the Philippines’ landmark arbitral award as leverage in the long-running dispute.

But the ruling has yet to be fully maximized, with the Duterte administration initially downplaying the significance of the arbitral award until recently in 2020, when the Philippines finally voiced its strong commitment to protecting the ruling. Now, Moreno and Robredo said, it’s time for the Philippines to take this effort to the world stage.

Asked what he would do as president to unite the Association of Southeast Asian Nations (ASEAN) against China’s militarization of the South China Sea, Moreno opted to take the struggle to the United Nations (UN). In the region, Moreno said there were countries that would not support a pushback against Beijing “for personal reason, whether economic or other things.”

“But there is a venue: United Nations General Assembly. Vote for me as president and I’ll make sure I’ll go to the general assembly and insist that all members of the United Nations recognize the Hague ruling,” Moreno said in English and Filipino during the Commission on Elections presidential debates on Sunday, April 3.

It’s the clearest statement on the Hague ruling from Moreno so far. Previously, the mayor had voiced support for the award and said he’d “insist” on it.

Moreno’s latest proposal is one that the Duterte government had been repeatedly urged to consider to bolster its position in the South China Sea dispute. Malacañang, however, has rejected the idea as futile. Former foreign secretary Albert del Rosario, who pushed Duterte to raise the Hague Ruling before the UN, said the Philippines would have to ensure it developed a strong foundation of support before seeking a resolution on the issue.

“It would take time and hard work but it can be done,” Del Rosario said in 2019.

Alongside this, Moreno said that under his government, the Philippines would still work with its neighbors and continue to trade “fairly” but that he would not tolerate any incursions into country’s waters.

In keeping with his earlier promise to take a tough stand on China’s illegal activities in the West Philippine Sea – similar to Indonesian President Joko Widodo – the mayor suggested he’d even destroy ships that made incursions in the country’s waters, or capture vessels conducting illegal fishing.

“Any foreign vessel entering into our sovereign territory, I’ll make sure they’ll be a decorative item under the sea within the Philippine ocean,” Moreno said, adding the Philippines had to be “certain” with its own rules to earn other countries’ respect.

Responding to the same question, former defense secretary Norberto Gonzales and former presidential spokesman Ernesto Abella said it was time that ASEAN consider changing its system to decide on regional matters from one centered on building consensus to one that gathered a majority of countries’ support.

The two candidates echoed a common critique against ASEAN’s principle of consensus, which some observers view as a constraint on the group’s ability to address urgent issues like the South China Sea and coup in Myanmar. 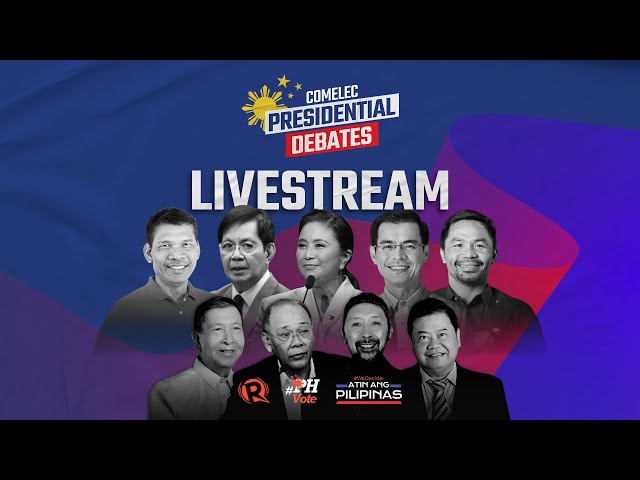 Sharing her view on the issue, Robredo asserted that the Philippines, having pursued and won the arbitral award, should lead efforts to build broad international support for the ruling. This includes taking the lead in forging a binding Code of Conduct (COC) for the South China Sea. In November 2002, ASEAN and China signed the Declaration on the Conduct of Parties in the South China Sea – the general framework of what was to be a binding agreement, but the latter had yet to be forged nearly 20 years later.

(It is difficult to finalize a code of conduct because there are countries that innately resist this. But in my view, the Philippines should lead here because we are the ones who have an arbitral ruling. We need to leverage the arbitral ruling to convince our neighbors in ASEAN to keep fighting for this.)

The Philippines has lost ground to recover on this front, after initially dropping the ball when the ruling was handed down in 2016. But as the victor in the landmark ruling, experts have said that the Philippines should be at the forefront of efforts to ensure that there will be costs for China if it continues to disregard the ruling.

In this effort, the Philippines will need the help of other countries both in ASEAN and the rest of the international community. Countries hope to see the Philippines lead from its position of strength, Del Rosario said in 2017, a year Manila secured its victory.

“No other nation can support us more than we do ourselves, and there can be no unity over the right course of action unless we initiate this unity,” he said then. – Rappler.com

election debates in the Philippines

Presidential bets vow to negotiate with countries to protect OFWs