TEAM LENI-KIKO. Senator Kiko Pangilinan smiles at Vice President Leni Robredo before she officially names him as her running mate for the 2022 elections on October 8, 2021. 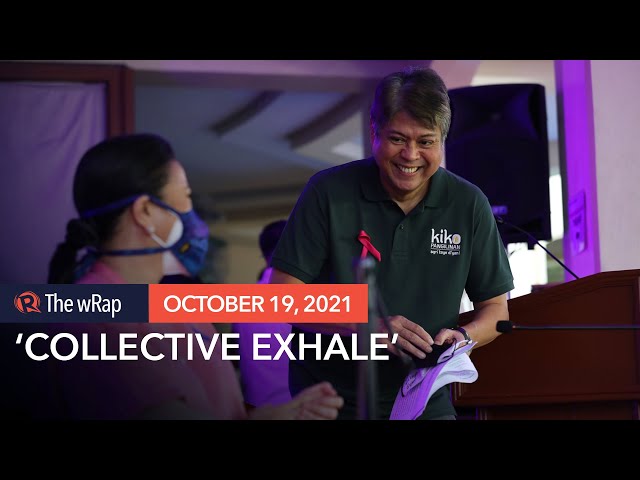 Vice President Leni Robredo’s daughters felt a huge sense of relief when they learned that Senator Francis Pangilinan is their mother’s running mate in the 2022 elections.

The Vice President’s eldest daughter, Aika, shared this in a Rappler Talk interview on Tuesday, October 19.

(When our mother told us that Senator Kiko will be her VP, we sisters made a collective exhale, that it’s Senator Kiko. Because, you know, you feel assured, he’s easy to campaign for.) 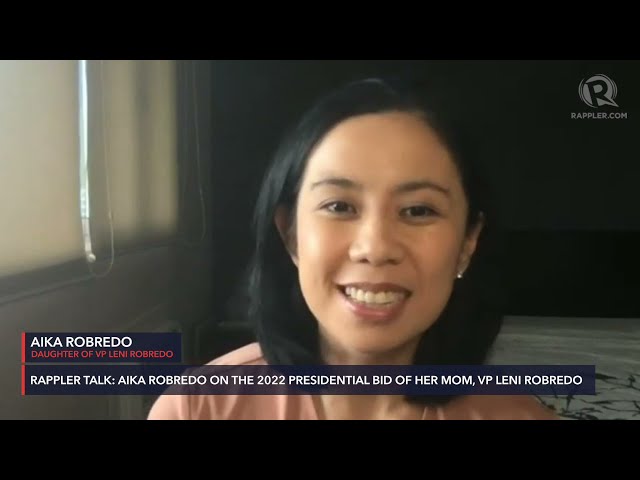 Aika also said that she and her sisters Tricia and Jillian had concerns about their family’s non-negotiable principles during Robredo’s unity talks with other presidential bets – such as their stance on human rights and the abuses committed by the late dictator Ferdinand Marcos.

“Sa aming tatlo, malinaw kasi kung ano ‘yung important for us, ano ‘yung hindi. Parang for some people, may gray areas, but may certain issues talaga na we see it as black and white,” said Aika.

(For us three, it is clear what’s important for us and what’s not. For some people, there are gray areas, but there are really certain issues that we see as black and white.)

She added, “While it would be a good idea sana to grow your numbers and unite, parang may certain issues talaga, na pag ‘yun ‘yung kinompromise mo, parang bakit pa?“

(While it would be a good idea to grow your numbers and unite, it seems like there are really certain issues, that when you compromise them, why even bother?)

Robredo recalibrates, to focus on unifying Filipinos instead of presidential bets With Pangilinan as Robredo’s vice presidential candidate, Aika expressed confidence that he shared the same beliefs and core principles as their mother.

Both are officials of the once-ruling Liberal Party (LP) – Robredo is chairperson, while is party president.

Pangilinan originally planned to seek reelection in the Senate but shelved it after deciding to run as vice president.

He filed his certificate of candidacy on October 8, a day after Robredo officially mounted her presidential bid.

It would be the second time for Aquino to be Robredo’s campaign manager. It was he who helped orchestrate Robredo’s come-from-behind victory in the 2016 vice presidential race.

Aika said that Aquino was a big help in organizing plans for her mother’s 2022 run, especially since Robredo still has ongoing pandemic response initiatives at the Office of the Vice President.

(He really is like something heaven-sent to us. I do not think my mother would have the courage to run if Senator Bam would not become her campaign manager because it would be at least a huge load off the whole organization, structure, etc. It was really Senator Bam who thought about it.)

Jacq Martinez, a Rappler intern, is a third year journalism student at the University of Santo Tomas. This article was reviewed by a Rappler reporter and an editor. Learn more about Rappler’s internship program here.