PRESIDENTIAL CANDIDATE. Vice President Leni Robredo visited the province of Aklan on Tuesday, February 15, as part of her 2 day barnstorming of Panay Island. Upon arrival at the Kalibo International Airport, the presidential candidate was welcomed by Balete, Aklan Mayor Dexter Calizo, Vice Mayor Cynthia Dela Cruz, and other local government officials. Aklanon supporters, wearing pink tshirts, waved their pink ribbons and flaglets, filled the streets of Kalibo as Robredo's motorcade passed. The Vice President did not disappoint the supporters, who gathered outside the airport despite the intense heat, as she waved and thanked them for their commitment to campaign for her and make her win the May 2022 presidential elections. Following the caravan, Robredo went to the Aklan Provincial Capital, where she had a private meeting with Aklan Governor Florencio Miraflores.

MANILA, Philippines – Supporters of presidential candidate and Vice President Leni Robredo filed another case against a retired doctor who falsely claimed that the supporters were paid cash to join a caravan last year.

On February 2, the supporters of Robredo filed the first case against the retired doctor at the Quezon City prosecutor’s office.

Meanwhile, among the complainants for the second case is Zena Bernardo, mother of community pantry organizer Patricia “Patreng” Non. 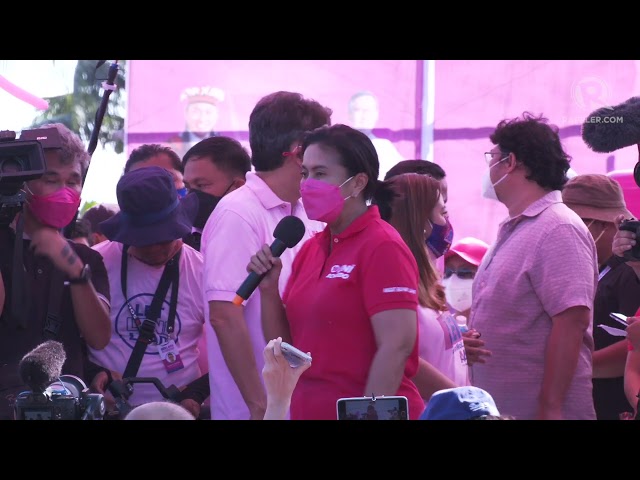 According to their legal counsel, the false accusation against Robredo supporters was very damaging to Bernardo.

“She [Bernardo], together with her daughter Patricia Non (the initiator of the very first community pantry in Maginhawa Street, Quezon City, has a very high sense of social responsibility and community development in their private capacities. That’s why it is very damaging to be accused of having been paid to join the caravan,” the counsel told Rappler.

The supporters of Robredo launched a caravan on October 23, 2021, where over a hundred vehicles made rounds in Metro Manila to show support for Robredo’s presidential bid. 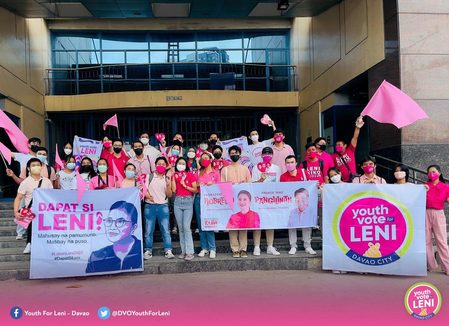 In a now deleted Facebook post, Arroyo claimed that supporters who used campaign materials of Robredo were given P300. Arroyo also attached a photo of a hundred peso bill with a “Dapat si Leni” sticker on the side.

Aside from the false information allegation, Arroyo was previously tagged in an issue involving former Vice President Jejomar “Jojo” Binay. At the height of Senate investigation into the alleged corruption of Binay, Arroyo was dubbed as an alleged dummy of the former vice president. – Rappler.com