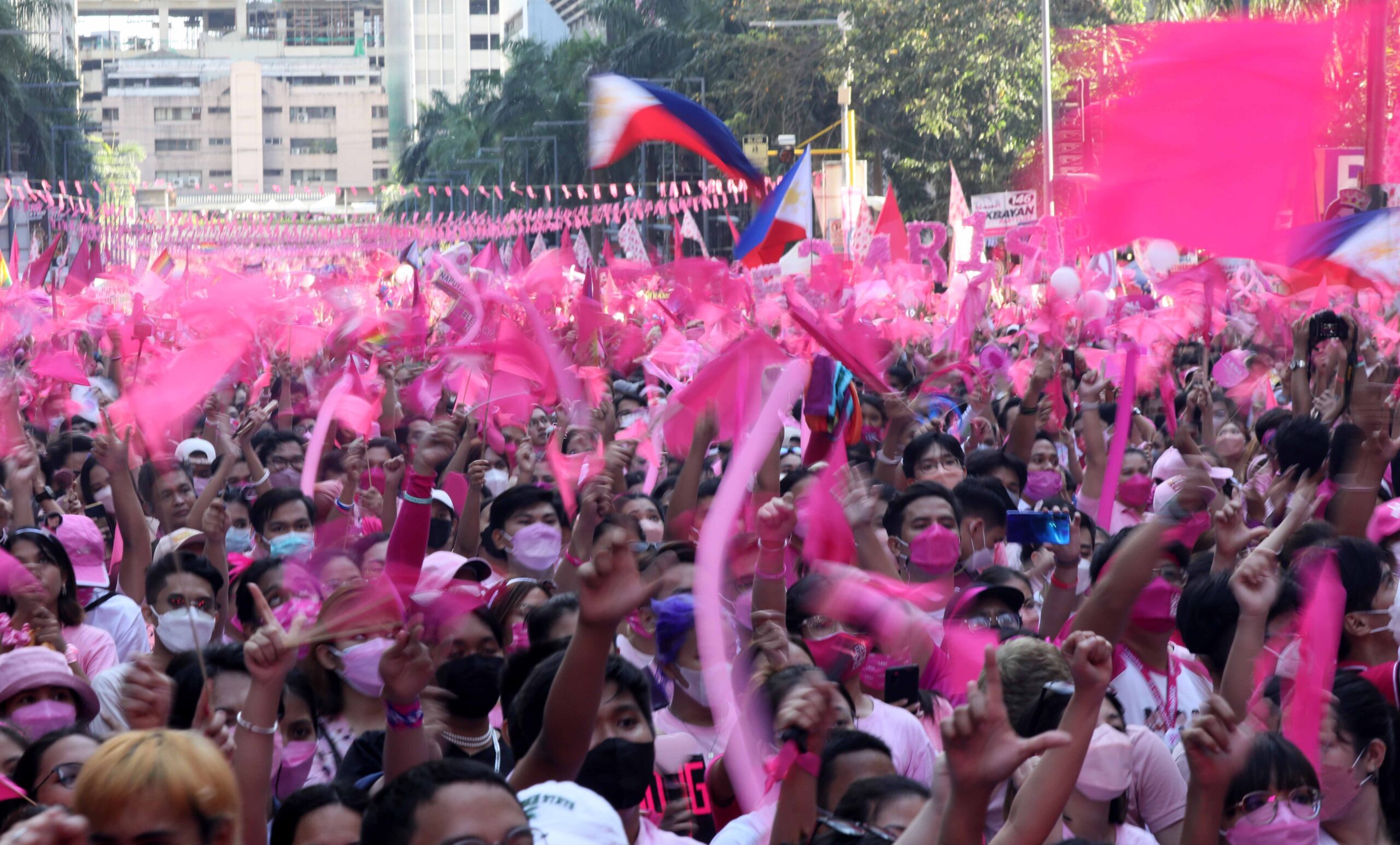 Robredo now onstage, asks people to cheer for Pangilinan who is currently at Comelec VP debate

LOOK: Why Ben&Ben performance at Pasig rally is extra special

Here’s why Ben&Ben’s upcoming performance tonight is extra special for Robredo. The band was behind the OVP’s Angat Buhay theme song, which Ben&Ben did a few months into Robredo’s term as VP. #PHVote pic.twitter.com/ekbJCcUjYG

A video of Pangilinan’s message to his supporters now being played now here in Pasig. Kakampinks go silent while listening to him. #PHVote pic.twitter.com/Bs4XkmKcu6 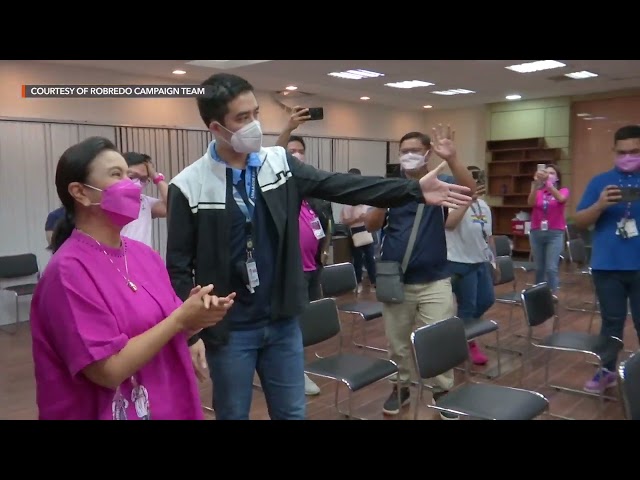 LOOK: Aerial shots of the Kakampink crowd here along Emerald Ave as of 2 pm. Supporters here come not only from Pasig, but the rest of Metro Manila and even nearby provinces. #PHVote 📷 Jimmy Dasal/Team Kiko pic.twitter.com/rQdVsOsJR8