OPPOSITION LEADER. Vice President Leni Robredo on Monday, January 31, and representatives of the LENI Urban Poor (LENI UP), a coalition of nearly a thousand urban groups nationwide, signed a covenant that will address the immediate issues faced by the urban poor in the country.

MANILA, Philippines – Supporters of aspiring president and Vice President Leni Robredo filed complaints against a doctor who claimed that the supporters were paid cash to join a caravan supporting Robredo in Marikina in October 2021.

On Wednesday, February 2, organizers of The Caravan of Hope, consisting of supporters of Marikina’s Pink Caravan, filed multiple complaints of cyber libel against Jack Arroyo in the Quezon City prosecutor’s office. Arroyo is the nephew of late former Senator Joker Arroyo.

Nuns from the Congregation of Our Lady of Charity of the Good Shepherd and a lawyer were among the complainants.The nuns said that the false information posted by Arroyo subjected them “to ridicule, derision, mockery, and public humiliation.”

In a deleted Facebook post, Arroyo claimed that supporters who used campaign materials of Robredo were given P300. Arroyo also attached a photo of a hundred peso bill with a “Dapat si Leni” sticker on the side.

“Every person who would use VP Leni propaganda materials were given P300.00 and a face mask. The owners of cars were given P2,000.00 plus poster and fuschia ribbon,” the post read. 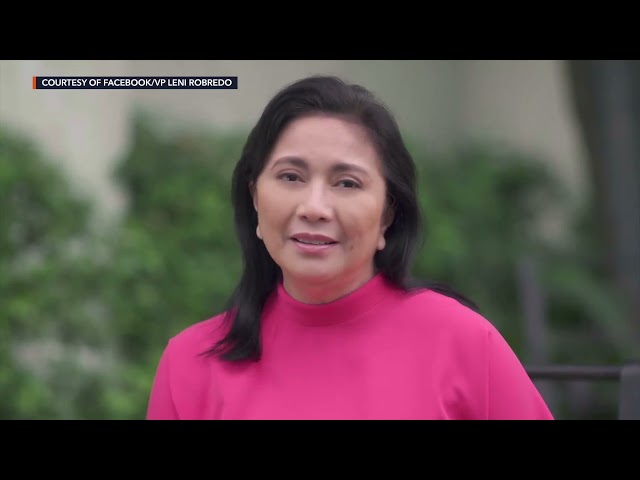 The Robredo supporters launched a caravan on October 23, 2021 where over a hundred vehicles made rounds in Metro Manila to show support for Robredo’s presidential bid.

According to the nuns, they “joined the caravan voluntarily, together with several members of the Congregation of Our Lady of Charity of the Good Shepherd, purely out of our enthusiasm for the candidacy of VP Robredo and in the exercise of our rights of assembly and expression.”

The nuns added that they even brought their own food during the caravan.

“We did not get paid to participate; we rode our own cars and contributed our money for gasoline; we brought our own food and water,” the nuns said.

Aside from the false information allegation, Arroyo was previously tagged in an issue involving former Vice President Jejomar Binay. At the height of Senate probes into the alleged corruption of Binay, Arroyo was dubbed as an alleged dummy for Binay. – Rappler.com