MANILA, Philippines – Vice President Leni Robredo signed a covenant with a coalition of leaders from the disability sector, promising the full implementation of the accessibility law and the mandatory health insurance membership for persons with disabilities (PWDs) if she would be elected as the Philippines’ next leader.

The presidential candidate joined 21 other signatories from various disability-affiliated organizations to sign the disability agenda in a virtual ceremony held on Thursday, February 17.

The presidential aspirant explained that she held the cause close to her heart.

(You know that disability runs in the family. That is why this is personal for us. This isn’t just an advocacy we adopted, but this is a personal fight we are waging because many of the members in our family have disabilities.)

Three of Robredo’s in-laws – the father, brother, and sister of her late husband Jesse Robredo – are blind due to a genetic ailment. The Robredos had also founded the Lolo Jose Foundation, a charity to help the blind.

Robredo recognized the limitations of providing opportunities for PWDs despite the efforts of past administrations.

She cited the “very dismal” implementation of Batas Pambansa 344 or the accessibility law and mandatory PWD membership in the Philippine Health Insurance Corporation (PhilHealth) as examples of how PWD causes are left in the fringes.

The accessibility law was signed in 1983 to provide PWD-friendly access to public spaces, buildings, and other institutions. Republic Act 11228, which provides mandatory Philhealth membership for PWDs, was signed in February 2019 and was supposed to take effect effect in March that year but the implementing rules and regulations were only released in August 2020.

In its May 2021 documentation report on the implementation of RA 11228, the Commission on Human Rights cited various problems encountered by PWDs availing of their benefits under the law.

Aside from boosting existing government policies, Robredo also aims to support PWDs in their bid to find employment.

When asked about her stance on workplace empowerment, Robredo pushed for anti-discrimination laws and targeted public employment programs so that PWDs will not have a hard time finding jobs.

The covenant also include moving the supervision of the National Council on Disability Affairs from the Department of Social Welfare and Development to the Office of the President, creating a comprehensive database on disabled people to aid policy implementation, and increasing civic participation of PWDs in local governance. 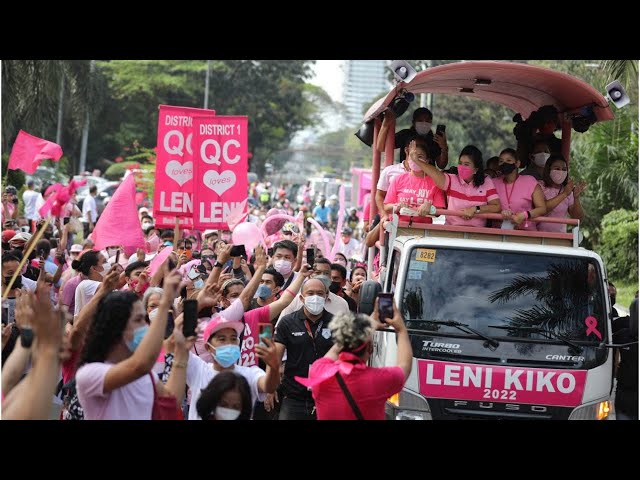 Should she become president, Robredo vowed to prioritize meaningful partnerships with the PWD sector, going beyond consultations to allow PWDs to set their own priorities and agendas.

(I’ll make sure you would be involved, not just in consultations. What you can expect from me is that every step of the way, you’ll play a part in the process. No policy involving your sector would be issued without giving you a chance to participate – not just to be consulted, but to participate.)

Robredo said that her pledge to the covenant is not a static one, and is open to adding agendas, planning more solutions, and having more conversations with the sector. She encouraged community members to speak out about invisible barriers and issues.

“Gagamitin natin itong gabay at gagamitin nang gabay ito ng administrasyon ko (My administration will use this covenant as a guide),” she promised.

Since announcing her candidacy for president, the Vice President has met with other sectors to discuss policy agenda. Aside from her commitments to the disability sector, Robredo has also signed covenants with senior citizens, the LGBTQIA+ community, labor leaders, environmental groups, and the urban poor. – Sabrina Joyce Go/Rappler.com