Robredo on winning Cebu: I don’t just promise, I deliver CEBU CITY, Philippines – Vice President and presidential candidate Leni Robredo is banking on her fulfilled campaign promises in Cebu to help her win once again in the country’s most vote-rich province.

Robredo, who won the vice presidential race in Cebu in 2016, said this in a media interview at St. Scholastica Academy in Tabunok, Talisay City, during her first campaign tour in Cebu.

(Me, I’m hopeful, because in 2016, I came here and I made promises without receipts. Everything I said to the Cebuanos were just promises. Now, it’s different, I have receipts and have been following through on my promises, that I haven’t neglected Cebu in my almost six years as vice president.)

Robredo won in Cebu in the 2016 vice presidential elections with over 800,000 votes, followed by then-senator Alan Peter Cayetano with 436,000 votes, and Ferdinand “Bongbong” Marcos Jr. with over 300,000 votes. 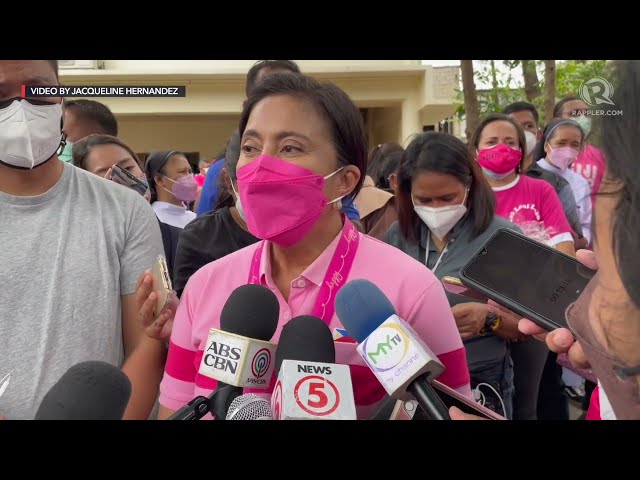 Robredo said that this time around, her campaign isn’t just premised on “hope” but on proof that she delivers.

The projects that Robredo referred to include the Office of the Vice President’s relief operations in the province during disasters. Her office had also provided transportation services to frontliners during the pandemic.

Robredo also acknowledged that while she is popular in the province, the groundswell is “not yet enough” and encouraged her supporters to fight back against disinformation and black propaganda.

The Vice President also said she draws confidence from the enthusiasm and passion of her supporters and volunteers, and encouraged them to go relay the truth to those who do not have access to information.

(Everytime I talk to our volunteers – our challenge to them is to fight propaganda – on the ground – for those who don’t have access [to information], so they’ll have a chance to know what the truth is, without the toxicity on social media). 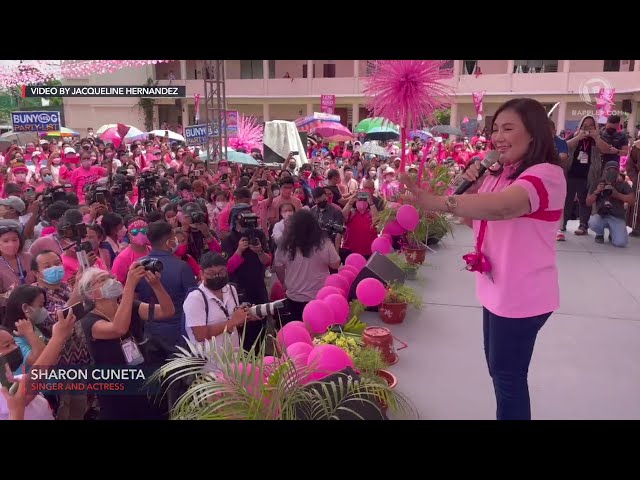 Talisay residents came out in droves to show support for Robredo and running mate Senator Francis Pangilinan. Cebuano student leaders, the religious, and members of the LGBT+ community said that they want a leader like Robredo who has an untainted track record and is genuinely pro-poor.

“Nakita nako ang iyang heart for the poor unya limpyo sad ang iyang pagserbisyo,” Sister Ellen of the Daughters of Mary Escolapias told Rappler. (I’ve seen that her heart is for the poor as well as her clean public service service.)

University of San Carlos student leader Fatima Alob said she supports Robredo as she has a clean record and has shown that she is a consultative, listening leader.

In Talisay, fisherfolk asked the presidential candidate to help stop the encroachment on their fishing grounds due to coastline development in the province. 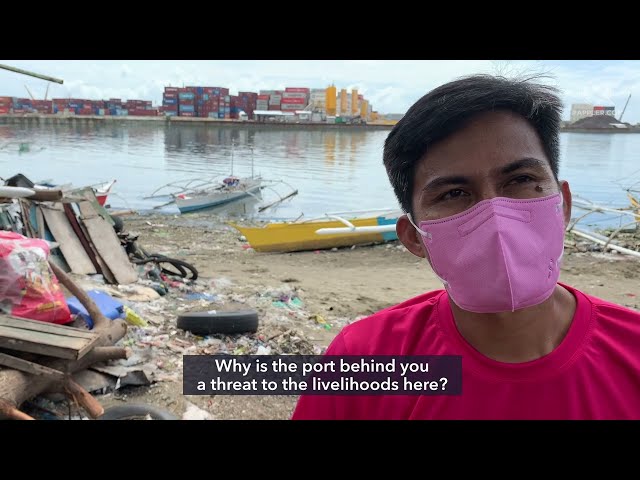 Their last event was the Cebu People’s Rally at the Southwestern University-Phinma grounds in Cebu City where the tandem and some of their senatorial candidates were joined by local officials as well as former Cebu City mayor Tomas Osmeña and his wife, Margot Osmeña who is running for mayor. – With a report by John Sitchon/Rappler.com