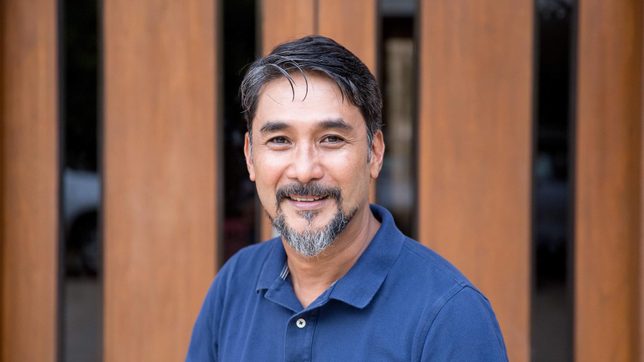 Roque filed his certificate of candidacy for governor before the Commission on Elections provincial office in Malaybalay City, Bukidnon, on Friday, October 8.

His wife, Valencia City councilor Laarni Lavin-Roque, is also seeking to succeed her husband in the province’s 4th District.

Manuel is one of the sons of Bukidnon Governor Jose Ma. Zubiri and an elder brother of Senator Juan Miguel Zubiri.

The elder Zubiri is serving his third and final term, and has submitted his COC for the congressional post that would be vacated by his son in 2022.

Roque was first elected in Bukidnon’s 4th District in 2013, and he is serving his last term as a member of the House of Representatives.

From 2019 to the present, he has authored 52 measures and bills, including the Bayanihan to Recover as One Act and the Anti-Terrorism Act, and has also co-authored 43 others. (Editor’s note: We have updated this paragraph to correct the number of years for his authorship of the given measures and bills.)

Before becoming a congressman, Roque was elected Valencia City councilor in 2010. He is currently the vice chairperson of the House committees on inter-parliamentary relations and democracy, and national defense and security.

Roque’s congressional district covers Valencia City and the municipalities of Pangantucan and Kalilangan in Bukidnon.

His wife  Laarni also filed her certificate of candidacy for the congressional post her husband would vacate next year. Laarni was the only non-member of the Zubiri-led Bukidnon Paglaum Party (BPP) who was elected to Valencia’s legislature in 2019. She and her husband are members of the Nacionalista Party (NP).

Her candidacy challenges the BPP’s candidate, lawyer and provincial board member Oliver Owen Garcia who filed his COC on Wednesday, October 6. –Rappler.com