Facebook Twitter Copy URL
Copied
Rodriguez made known his decision to run for reelection a day after the attack, a move, which he says, did not have anything to do with the grenade lobbing

Cagayan de  Oro 1st District Representative Rolando Uy on Monday, October 4, raised to P600,000 the reward for anyone with useful information that could lead to the arrest of the group behind the grenade lobbing at the ancestral home of Deputy Speaker Rufus Rodriguez in late September.

Uy offered to give P300,000 more on top of the reward first announced by Rodriguez, the representative of the city’s 2nd District. Rodriguez earlier announced a P300,000-reward on the head of those who lobbed a demilitarized grenade at his ancestral house in Barangay Nazareth.

At the time of the attack, Rodriguez had yet to announce whether or not he was running for Cagayan de Oro mayor against Uy. Rodriguez made known his decision to run for reelection a day later, a move, which he said, did not have anything to do with the grenade lobbing.

Over Magnum Radio on Monday, Uy also hinted that his lawyer was preparing to press charges against people who have been linking him to the attempt to explode a grenade at Rodriguez’s ancestral home.

Asked what cases he intends to file, Uy told Rappler, “I leave it to my legal counsel.”

He said he asked his lawyer to look into insinuations that he masterminded the grenade lobbing at Rodriguez’s house, and file cases.

“I would never do anything like that. So, I want whoever was behind it to be identified and arrested,” said Uy, who called Rodriguez his “partner.”

Rodriguez did not respond when he was asked to comment on Uy’s pronouncements as of this posting.

Rodriguez earlier said he suspected that the grenade lobbing was politically-motivated, but added he was leaving the investigation to police investigators.

Motorcycle-riding men on Wednesday lobbed a World War II-era Mk 2 grenade at the garage of the house that had no Rodriguez family member inside. The demilitarized grenade did not go off.

Rodriguez, La Viña, and members of their 2022 ticket have yet to file their COCs, but Uy, Dahino, and Vice Mayor Reineir Joaquin Uy, the son of the 1st District congressman, had submitted theirs to the local Commission on Elections office on Friday, October 1.

The younger Uy, who is serving his first term as vice mayor, is seeking to succeed his father in the 1st congressional district against Rodriguez and La Viña’s bet, councilor Lordan Suan.

The Uys and Dahino filed their COCs unannounced and without fanfare on the first day set by the Comelec. Other members of their ticket have yet to file theirs as of posting. – Rappler.com 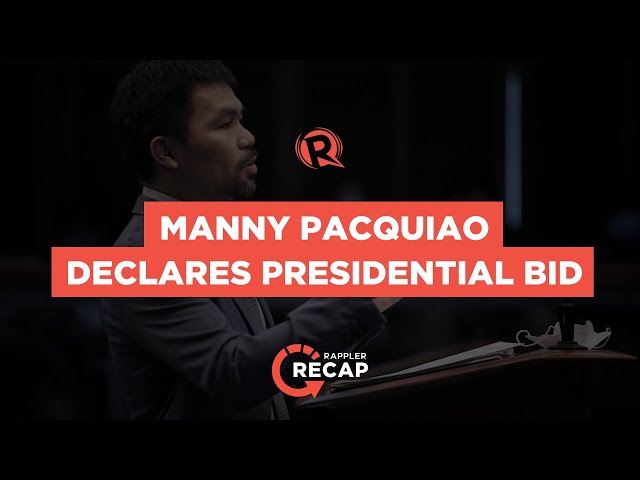