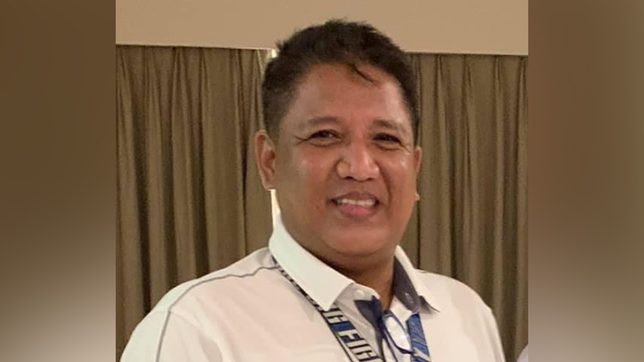 Zamboanga Vice Mayor Rommel Agan is seeking to succeed Mayor Maria Isabelle Climaco who is stepping down after serving as city mayor for nine consecutive years.

Agan filed his certificate of candidacy for city mayor under the United Nationalist Alliance before the Commission on Elections on Friday, October 1.

The 50-year-old vice mayor, whose father Vitaliano Agan served as mayor of Zamboanga in the ’90s, severed his ties with Climaco’s Partido Prosperidad y Amor para na Zamboanga in August after it became clear to him that the mayor was going to support another mayoral candidate.

Vice Mayor Agan served as councilor in the city’s second district starting in 2010 until his election as vice mayor in 2019. He is still serving his first term as Zamboanga vice mayor.

Before his political career, the accountant-lawyer worked as a senior associate at SyCip, Gorres, Velayo & Co., after which he practiced law through the Agan and Montenegro Law Offices.

Agan is an alumnus of Ateneo de Zamboanga University where he completed his basic education and earned his degree in accountancy. He finished law at the Ateneo de Manila University. – Rappler.com