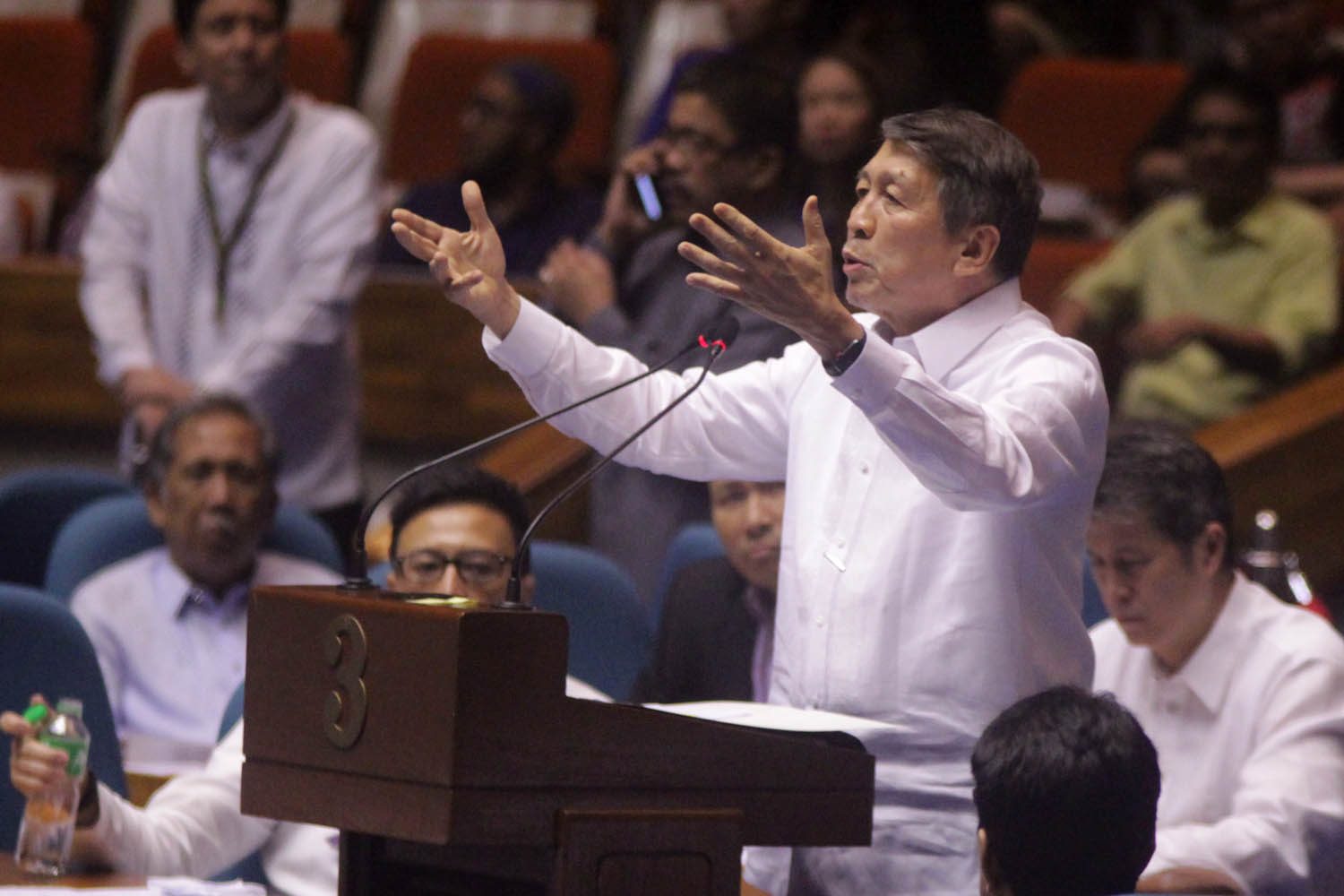 COMING OUT OF RETIREMENT. Then-House majority leader Rudy Fariñas gestures during a speech inside the Batasang Pambansa plenary hall on July 30, 2018.

It’s a repeat of the 2019 elections in Ilocos Norte as the bitter political rivalry between two families in the late dictator’s home province is reignited.

Veteran politician Rodolfo “Rudy” Fariñas is coming out of retirement as he beat the deadline on substitution filing on Monday, November 15, to run for Ilocos Norte governor in the 2022 elections.

The former House majority leader will be challenging the reelection bid of Governor Matthew Marcos Manotoc, son of Senator Imee Marcos and grandson of the late dictator Ferdinand Marcos.

In 2019, Rudy was supposed to run against Manotoc after a peace deal between the two political clans fell through. Rudy later withdrew his candidacy, leaving Manotoc unopposed.

On Monday, the Fariñas patriarch substituted gubernatorial bet Juner Daniega Jacinto, who previously filed his certificate of candidacy for the position on October 8 under the banner of Partido Para sa Demokratikong Reporma.

The Fariñas clan is looking at a comeback in 2022.

Chevylle Fariñas, widow of Rudy Fariñas’ late nephew Michael, is running for Laoag City mayor against incumbent Michael Keon and Vice Mayor Vicente “Toto” Lazo who, incidentally, is the bet of the Marcos family following a fallout between Keon and the Marcoses. It was Keon, with the backing of his cousins Imee and Bongbong Marcos, who dislodged Chevylle Fariñas from her post in 2019.

Rudy’s daughter Ria is running for reelection in Ilocos Norte’s 1st District, but she is being challenged by Sandro Marcos, son of presidential aspirant Bongbong Marcos.

Aside from Ria, Rudy’s children who are gunning for elective posts in 2022 include Rey Carlos, who is running for Laoag City vice mayor; Rodolfo Christian, who is seeking another term as provincial board member; and Rudys Caesar, who is gunning for reelection as Probinsyano Ako representative.

Rudy arrived at the provincial Commission on Elections (Comelec) office just four minutes shy before the deadline on Monday but did not grant any interview.

In October, Rudy threatened to come out of retirement, saying he would not pursue it on one condition: for Sandro Marcos to drop his plans to challenge Ria Fariñas.

Rudy had hoped the Marcoses would rethink their decision to field Sandro against Ria because this would hinder him from fully supporting Bongbong Marcos’ presidential campaign.

He told Bongbong Marcos then that he should at least fix the squabbles in his home province before vying for a national position.

Rudy’s son Rey Carlo said that the families did not attempt to strike a peace deal this time around prior to the last day of substitution. – Rappler.com