KICKOFF. Vice Presidential candidate Sara Duterte-Carpio waves to her supporters during Uniteam campaign kickoff at the Philippine Arena in Bocaue, Bulacan on February 8, 2022. 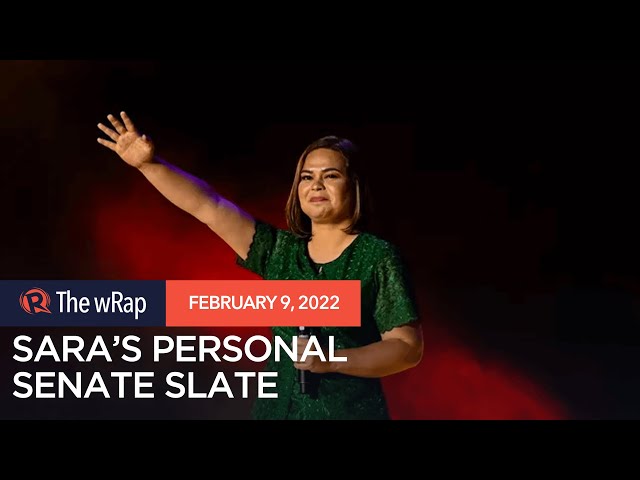 MANILA, Philippines – Days after she announced that she was endorsing three senatorial candidates who aren’t in her alliance’s official slate, Davao Mayor Sara Duterte added four more candidates to what’s evolving as her personal Senate slate.

At the campaign kickoff for the Uniteam alliance’s 2022 campaign, Duterte announced the alliance’s Senate slate while adding that she was supporting the following candidates because they were her friends: 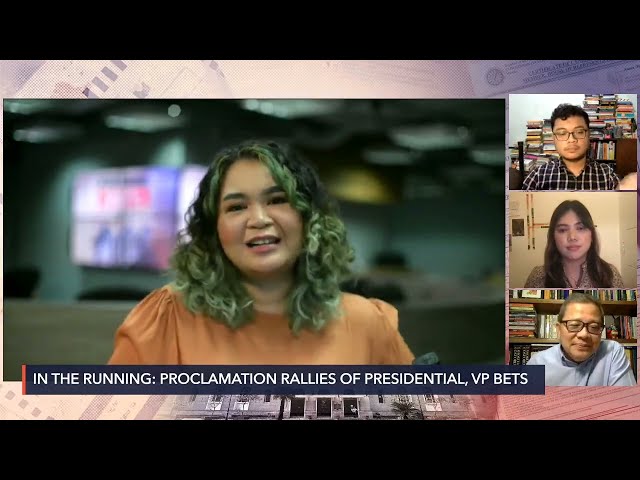 Padilla and Panelo are members of PDP-Laban, which the older Duterte chairs. The ruling party – ruling, at least on paper – has not endorsed a presidential candidate but has “adopted” Sara Duterte as its vice presidential pick.

Binay, Villanueva, and Escudero – all familiar names in Philippine politics – are shared candidates in three other slates, including that of Vice President Leni Robredo, Marcos Jr.’s closest rival for the presidency, based on the December 2021 Pulse Asia presidential preference survey.

Eleazar, who only recently retired from active service, is primarily a candidate under the slate of Senators Panfilo Lacson and Tito Sotto.

Ejercito, the son of former president Erap Estrada, also happens to be the half-brother of another senatorial bet who is in the Uniteam lineup, Jinggoy Estrada. Sara Duterte also endorsed both Estrada sons – and occasionally ribbed about their estrangement – in the 2019 senatorial elections, which they both lost. – Rappler.com