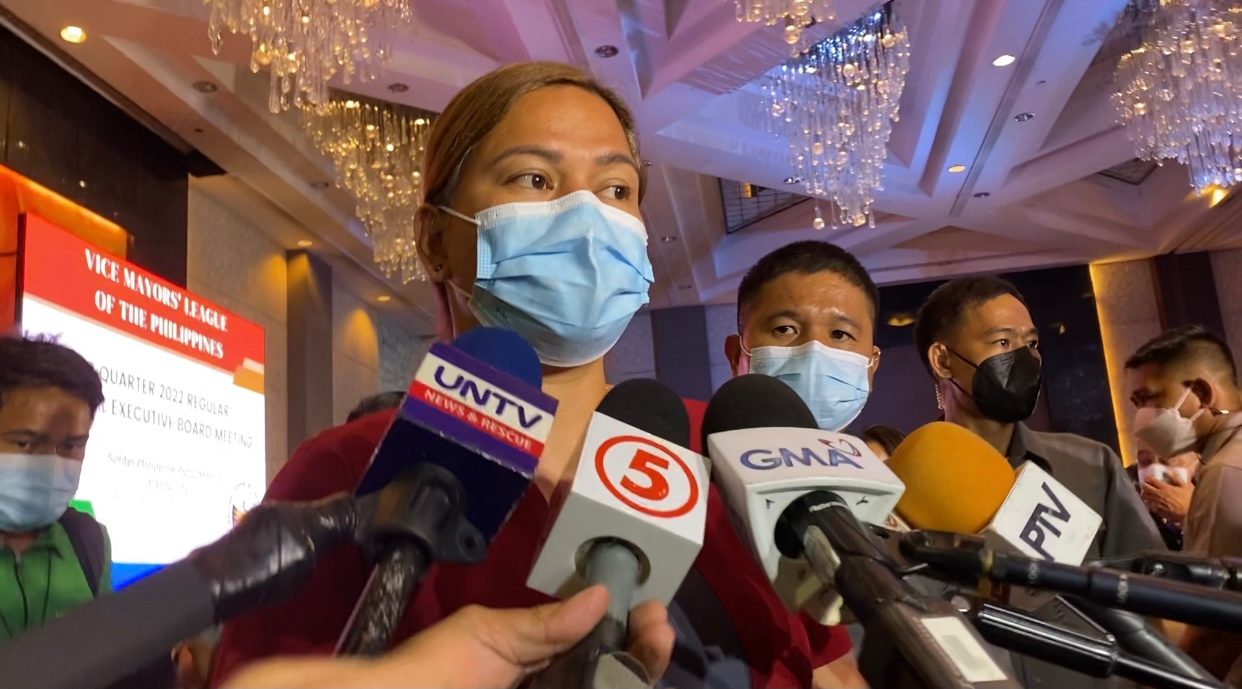 Facebook Twitter Copy URL
Copied
Sara Duterte says vice presidents have no say, but that did not stop her from saying she will use the OVP to push for mandatory military service if she wins 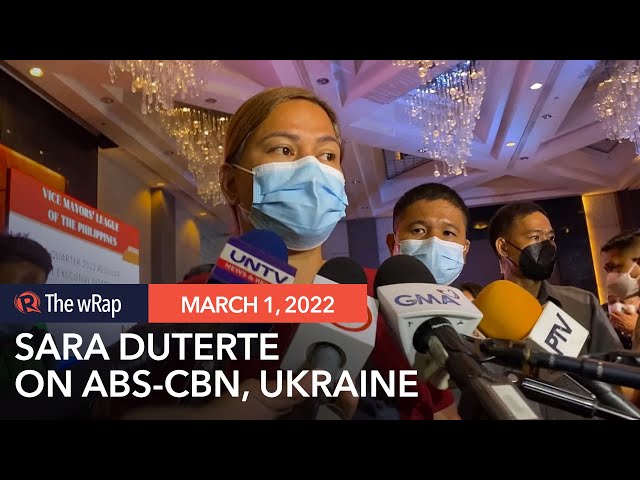 MANILA, Philippines – Now that she is running for vice president of the Philippines, Davao City Mayor Sara Duterte has gone from being supportive to passive on the issue of renewing the franchise of shuttered ABS-CBN Network, whose shutdown caused massive layoffs and highlighted the issue of press freedom.

“As vice president, wala po ang power diyan of granting franchises. So nasa Congress po ‘yan, nasa House of Representatives and the Senate… So nasa Congress po ‘yan. Kung ano po ‘yung decision ng Congress, ‘yun po ang masusunod,” said Duterte on the sidelines of a conference of the Vice Mayor’s League of the Philippines, of which she was the keynote speaker on Tuesday, March 1. 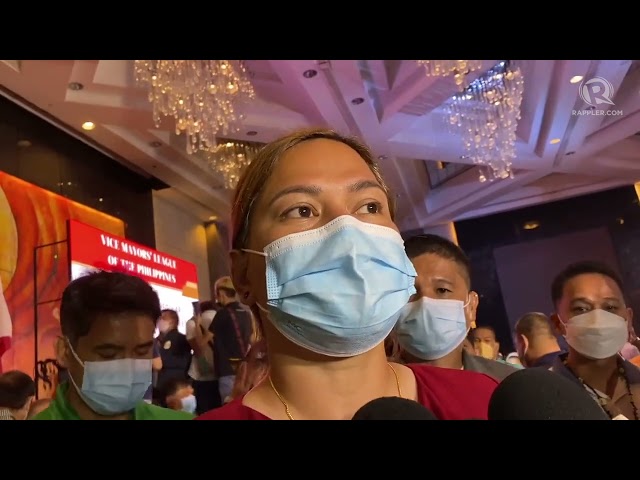 It was a drastic change of tune from her full support in February 2020 when the network’s franchise was up in the air. Duterte said at the time: “Davao City fully supports ABS-CBN sa kanilang pagpapa-renew ng kanilang franchise. Of course malaki din ang suporta ng ABS-CBN sa Davao City at sa buong bansa.”

(Davao City fully supports ABS-CBN in renewing their franchise. Of course, there is huge support for ABS-CBN from Davao City and the entire country.)

ABS-CBN first went off air in May 2020, and the Duterte allies at the lower house voted to kill its franchise in July.

Duterte did point out that vice presidents have no say in a franchise renewal. But vice presidents also have no say in passing a law that would make military service mandatory for adult Filipinos, yet she had previously said that as the second highest official of the land, she would “use my office to talk to our Congress” to make sure it happens.

Duterte and her running mate Ferdinand “Bongbong” Marcos Jr. are averse to joining debates. Duterte said Tuesday her decision on debate attendance does not depend on Marcos, but that it has not been discussed by her team yet.

Duterte did not attend the CNN Philippines’ debate, and her spokesperson said the mayor will not attend the debate organized by the Commission on Elections (Comelec).

One of their senatorial candidates, former defense secretary Gilbert Teodoro, reasoned out that organizers should make sure every candidate can attend given their hectic schedules. The Comelec debates are happening three weeks from now, on March 19.

Teodoro himself attended debates when he ran for president in 2010.

“It can be [important], it cannot be, depends on the format, it depends on the questions. And I am always against 30-second time limits or yes or no answers, so it depends,” said Teodoro on Tuesday.