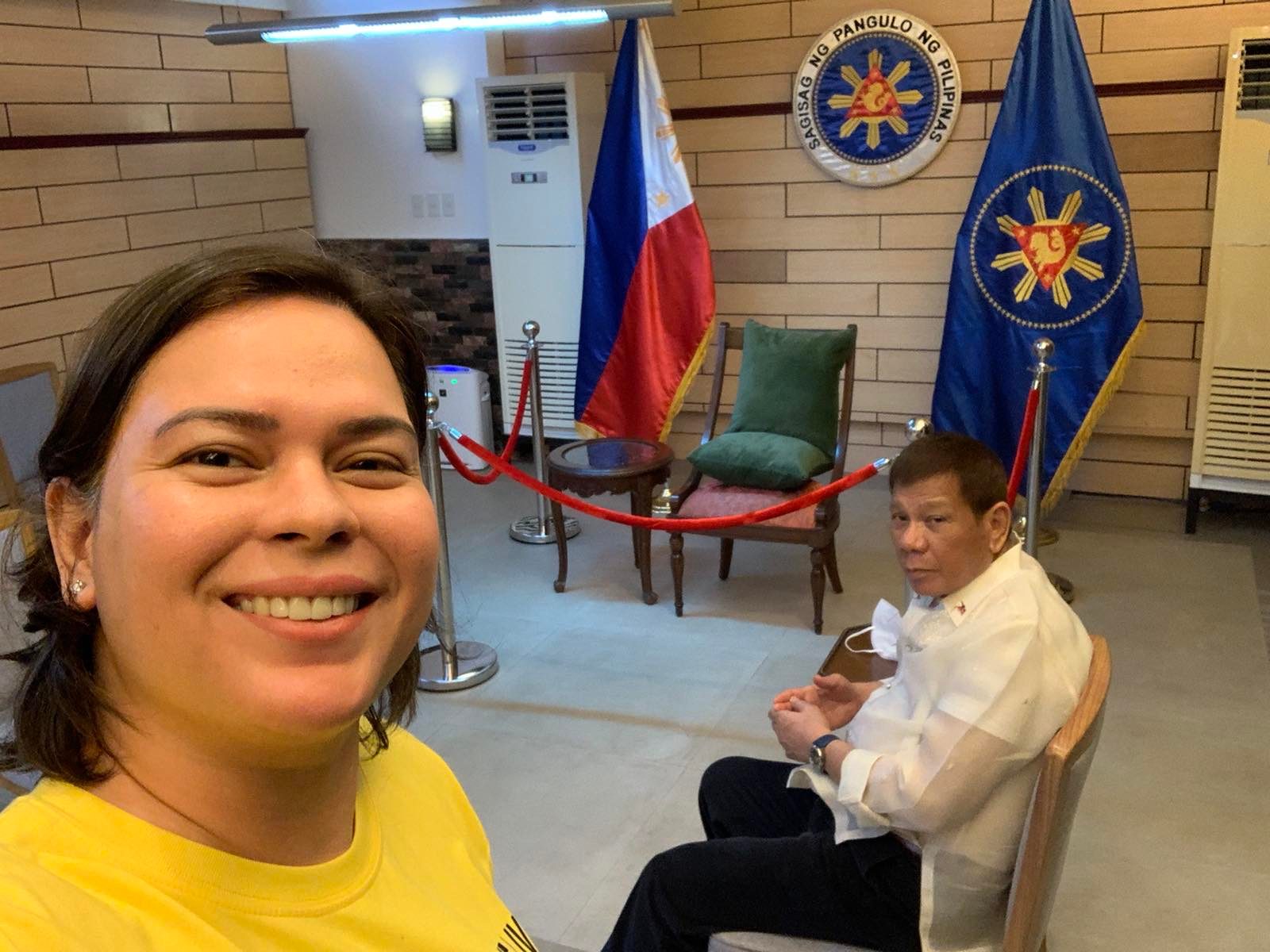 IN THE FAMILY. This is a photo of Davao City Mayor Sara Duterte meeting with President Rodrigo Duterte in Davao City.

Facebook Twitter Copy URL
Copied
'We both agreed only one of us will run for a national position in 2022,' says the Davao City mayor 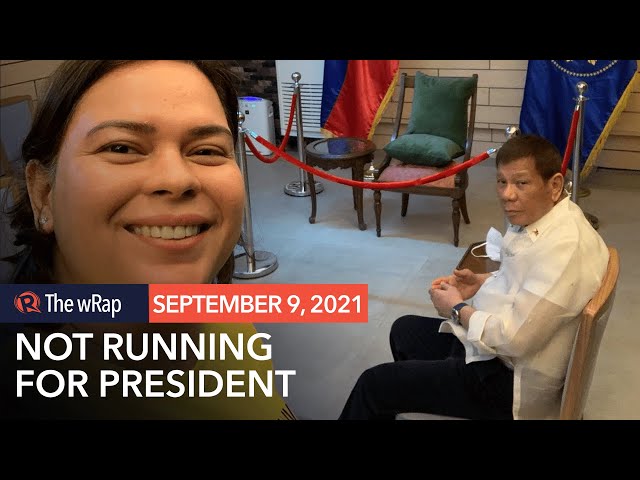 Davao City Mayor Sara Duterte says she has decided not to run for president in the 2022 elections.

Sara, however, still has a month to reconsider since the filing of certificates of candidacy for elections is from October 1 to 7 yet.

Two weeks ago, Malacañang had already said that President Duterte had firmed up his plan to run for vice president because he believed Sara had decided not to gun for the presidency.

Sara’s reasoning on Thursday was the other way around. She said it was her father’s acceptance of PDP-Laban’s nomination for him to run as their vice-presidential bet that convinced her not to run for president.

Duterte, on August 24, had said “only one Duterte” should run for the two top elective posts of the land because optics would not be good if both father and daughter were to run.

If Duterte withdraws from his vice-presidential bid, would Sara reconsider running for president or vice president?

Frasco said, “Probably best not to delve into the hypothetical and take Mayor Sara’s answer for what it is.”

Sara has said Duterte had initially asked her to either take in Go as her running mate should she seek the presidency, or support his tandem with Go. Sara has been consistently topping pre-election surveys on preferred presidential candidates. – Rappler.com