Facebook Twitter Copy URL
Copied
'What will you do when someone does not follow a gentleman’s agreement?' says a visibly dismayed Senate President Vicente Sotto III 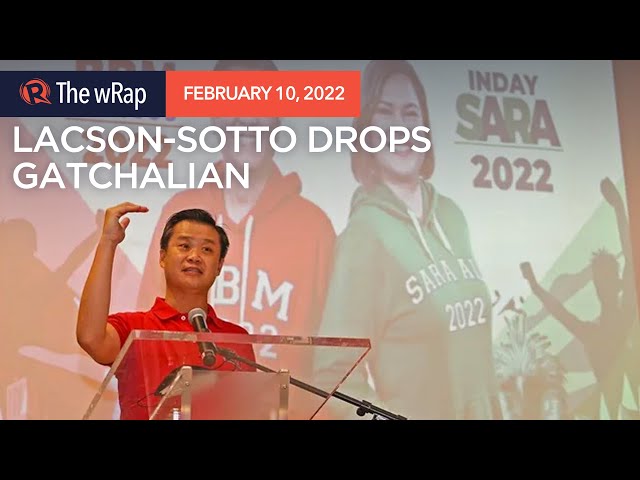 Lacson flashed a video clip showing Gatchalian in the proclamation rally of Marcos and Duterte. There, Gatchalian declared Marcos as the country’s future president, and Duterte as his vice president.

Lacson and Sotto only have one rule for their senatorial candidates to stay in their team: they are forbidden from endorsing another tandem. For Lacson and Sotto, Gatchalian “clearly” and “obviously” broke this rule. (READ: Lacson-Sotto lenient with absent senatoriables: ‘They want to win’) 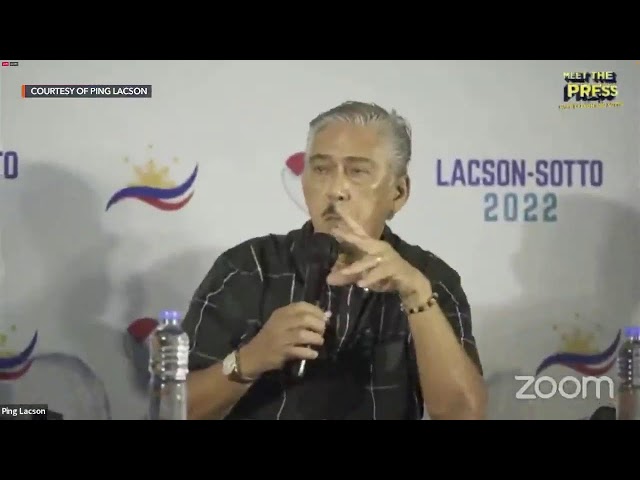 Lacson and Sotto bared that before Senator Gatchalian went to the Marcos-Duterte rally, he first met with them personally to ask if was okay for him to go to the bigger sortie. Lacson and Sotto said they reminded Gatchalian about their non-endorsement pact, and they said Gatchalian committed to protecting it.

Lacson, who is known for thorough probes at the Senate, said he had his team look into these guest appearances of their senatoriables, and found only Gatchalian to have gone astray. A visibly dismayed Sotto dropping Gatchalian was the only response they could do.

“What will you do when someone does not follow a gentleman’s agreement,” Sotto said.

Sotto is the chairman of the Nationalist People’s Coalition (NPC), and they count Gatchalian as one of its highest posted members. The Lacson-Sotto team earlier dropped fellow NPC member Herbert Bautista from their lineup, after the former Quezon City mayor asked if he could be the NPC’s representative to the Marcos-Duterte “Uniteam” slate.

“It’s better that we have each other understood at the get-go. At least he had taken it out of his chest who he wanted to support…We did him a favor,” Lacson said in a mix of English and Filipino. – Rappler.com