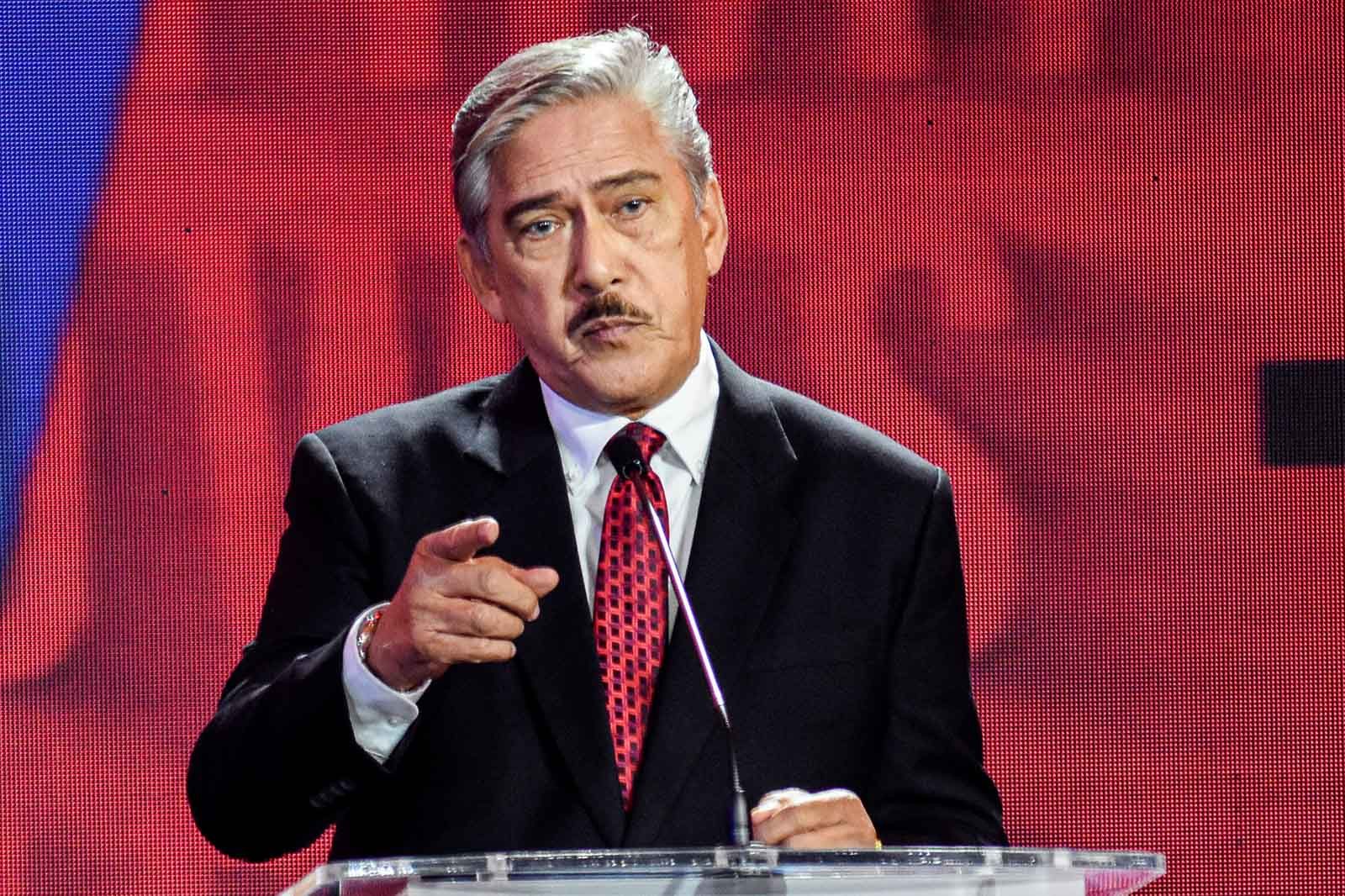 WHAT NEXT? Vice presidential candidate Senator Vicente Sotto III during the Comelec debate at the Sofitel Hotel in Pasay City.

Sotto made this pitch during a debate organized by the Commission on Elections (Comelec) on Sunday, March 20, which was attended by seven of the nine presidential aspirants. Buhay Representative Lito Atienza is recovering from surgery while Davao Mayor Sara Duterte, who leads preference surveys, had said that she would not join any debate for her campaign.

(We should be manufacturing our own vaccines, PPE, syringes, needles, and even cotton so we could stop importation. The government should be prioritizing how we could locally produce these products.)

The Philippine government is one of the signatories of the Trade Related Intellectual Property Rights (TRIPS) waiver, a proposal to halt intellectual property protection for products and technologies used in the fight against COVID-19, including vaccines, for the duration of the pandemic.

As for local manufacturing of PPE sets, senators during a hearing in September 2021 over irregularities in pandemic procurement accused the government of sidelining Philippine producers of PPE in favor of companies that brought in pricier supplies. The move not only caused Filipino workers to lose jobs, but also resulted in the mismanagement of billions in public funds, they said. (READ: ‘Betrayal’ of Filipinos: Senators bare cost of gov’t preference for PPE imports) 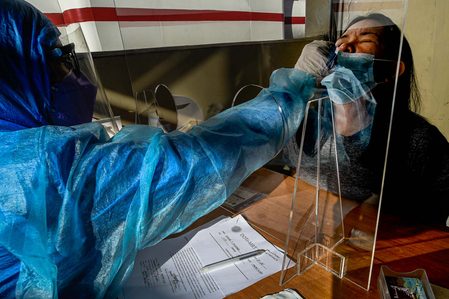 Experts have been saying that putting areas on lockdown alone won’t curb the virus transmission as this has to be paired with mass testing, effective contact tracing, and immediate isolation. The government has repeatedly rejected calls for mass testing, saying that it wasn’t a “rational thing to do.”

Both Sotto and Pangilinan said that the government should boost its support for health workers by releasing allowance on time and giving them better compensation. (READ: Overworked, underpaid health workers are walking away as Delta ravages PH)

For economist Manny Lopez, the government should address first the specific issues of pandemic management, which should be “devoid of commercialization, of profit maximization, including politics.”

“I think the general structure that we should follow is one, we have to develop our public health care system, we have to have more doctors, provide more scholarships. We have to build more hospitals. In that way, we could improve our pandemic response,” he said.

Meanwhile, physician Willie Ong pitched for the creation of an infectious diseases hospital to avoid crowding in the Philippine General Hospital, the country’s main hospital for COVID-19 while also catering to other diseases.