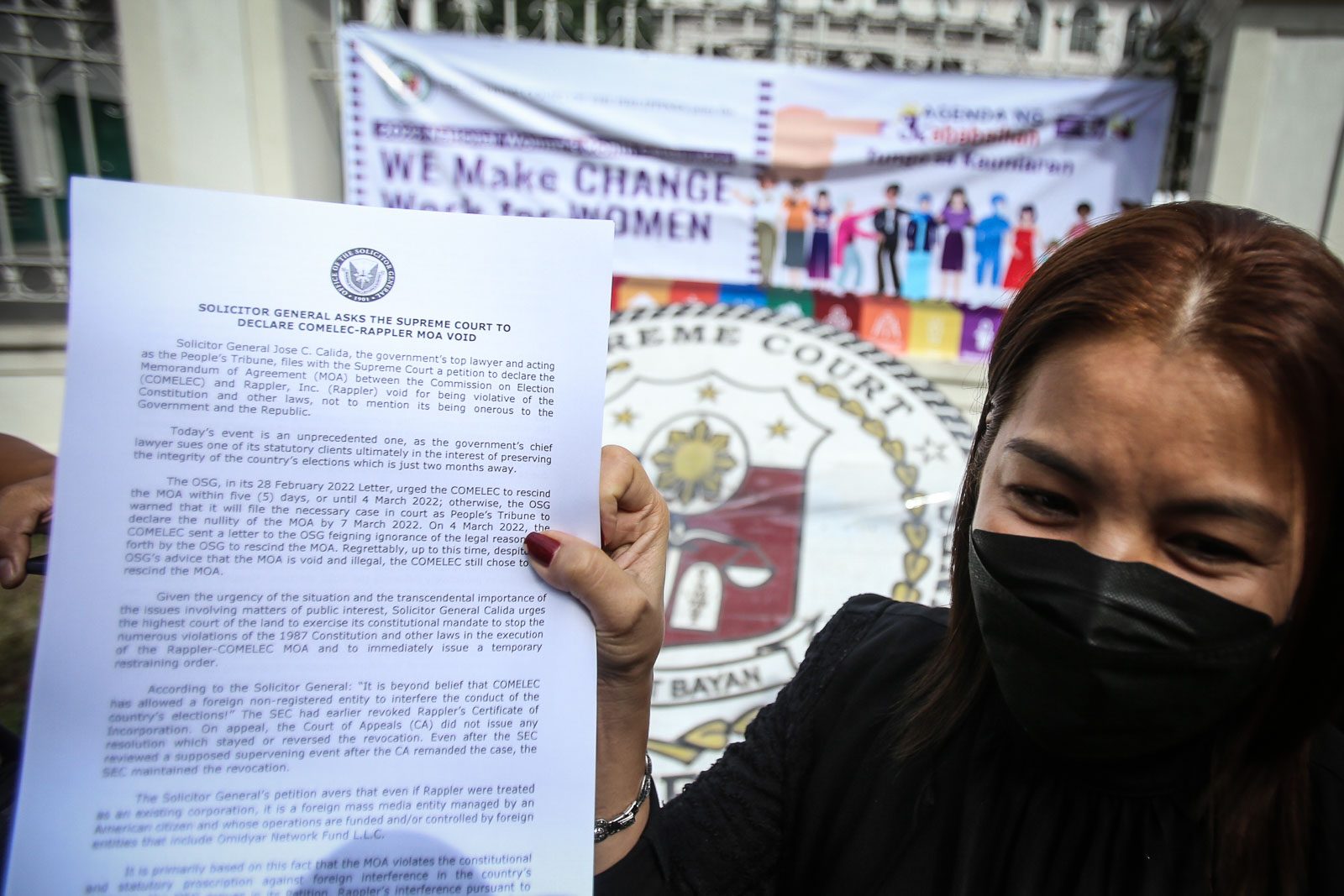 A representative shows to media a press statement on the petition filed by the Office of the Solicitor General (OSG) against Rappler and Comelec, at the Supreme Court on March 7, 2022.

Our Memorandum of Agreement with Comelec for the May elections seeks to broaden voters’ access to truthful information and encourage them to do their part in ensuring an honest and transparent political exercise.

This has also been the guiding principle in all our past election-related partnerships with Comelec since 2013.

This case filed by the Office of the Solicitor General is ironic, to say the least, because it runs counter to the office’s mandate to represent and lawyer for, not against, government agencies such as Comelec.

But as in 2016 when the Supreme Court ruled in favor of the “widest dissemination” of information during elections (Rappler vs Bautista), we are confident that our good justices recognize the value of independent institutions working together again for nothing less than an informed choice on May 9.