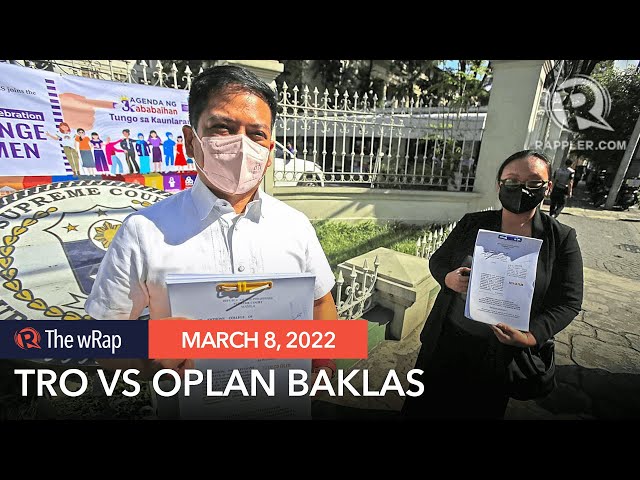 According to the SC Public Information Office, the highest court issued the restraining order during en banc deliberations on Tuesday, March 8.

The SC granted the request of the petitioners from St. Anthony College of Roxas City in Capiz to issue a TRO to prohibit the poll body from implementing Sections 21, 24, and 26 of Comelec Resolution No. 10730.

These sections give the poll body power to dismantle, remove, destroy, or confiscate all election materials that are privately owned, even if the said materials were posted within private properties. In its decision, the SC also ordered the Comelec to comment on the petition within 10 days from the receipt of the highest court’s notice.

The petitioners, who are supporters of presidential candidate Vice President Leni Robredo, questioned the constitutionality of the Comelec’s resolution before the SC after the Comelec took down some election materials on the supporters’ private properties. – Rappler.com