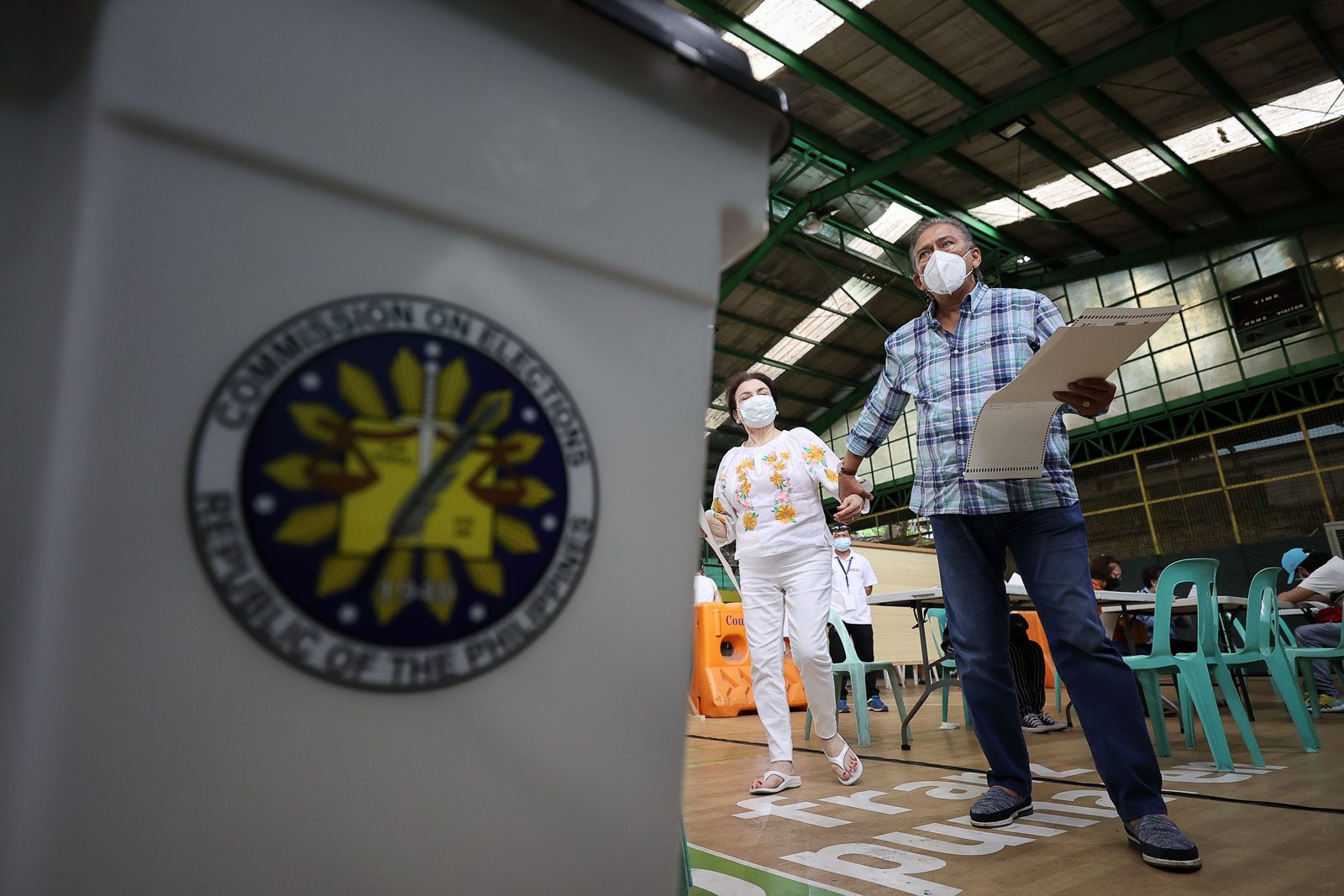 Facebook Twitter Copy URL
Copied
In campaign sorties, Sotto frequently cited his experience as vice mayor to argue that he had on-the-ground experience before he was elected and appointed to higher positions

MANILA, Philippines – Senate President Vicente Sotto III, who is running for vice president, cast his vote on Monday, May 9, in Quezon City, where he once served as vice mayor.

Sotto voted in the affluent neighborhood of White Plains with his wife, Helen Gamboa.

Quezon City is the birthplace of Sotto’s political career, first becoming the vice mayor of the city from 1988 to 1992. In this span of four years, he founded the Vice Mayors’ League of the Philippines and was its first president.

In campaign sorties, Sotto frequently cited his experience as vice mayor to argue that he had on-the-ground experience before he was elected and appointed to higher positions.

In his bid for the vice presidency, Sotto framed himself as the most experienced among his competitors as he was the most senior among them.

Surveys showed him as second placer to Davao City Mayor Sara Duterte, who has managed to hold double-digit leads in surveys since December 2021.

Sotto and his standard-bearer, the presidential survey laggard Senator Panfilo Lacson, said that while surveys were a good guide, these did not capture the entire picture of the Filipino voters’ sentiments.

The duo is counting on sway votes and the elusive “silent majority” to hand them a victory. – Rappler.com