In the Visayas, they are running in 16 provinces, 39 cities, and 369 municipalities.

Bookmark and refresh this page for real-time news, photos, videos, and context and analyses during the COC filing week in the Visayas.

Dumaguete City Mayor Felipe Antonio Remollo on Friday, October 8, filed his certificate of candidacy for a third term in office.

Remollo’s pet project is the controversial 174-hectare “Smart City” reclamation project, which faced wide opposition from residents, scientists, and civil and environmental groups. His opponent, 2nd District Board Member Estanislao “Eslao” Alviola of the “Kasaligan” slate, had already expressed opposition to the venture.

Vice Governor Edwark Mark Macias filed his certificate of candidacy for governor of Negros Oriental on Friday, October 8. He is running under the Liberal Party.

Macias’ entry to the gubernatorial race sets up a three-way fight with incumbent Governor Roel Degamo of the Nacionalista Party and Bayawan City Mayor Pryde Henry Teves of the Nationalist People’s Coalition.

With him were supporters such as reelectionist Negros Oriental 1st District Representative Jocelyn Sy-Limkaichong and Dumaguete City Sangguniang Kabataan Federation President and ex-officio Councilor Renz Macion, who is running for the first time as board member of the 2nd District of Negros Oriental. Both are also running under the Liberal Party.

Rama, head of local party PDP-Barug, is running with Cebu City Councilor Raymond Garcia as his vice mayor. His entire city council and congressional slate filed with him, with the exception of Councilor Joel Garganera, who filed his COC earlier in the day. 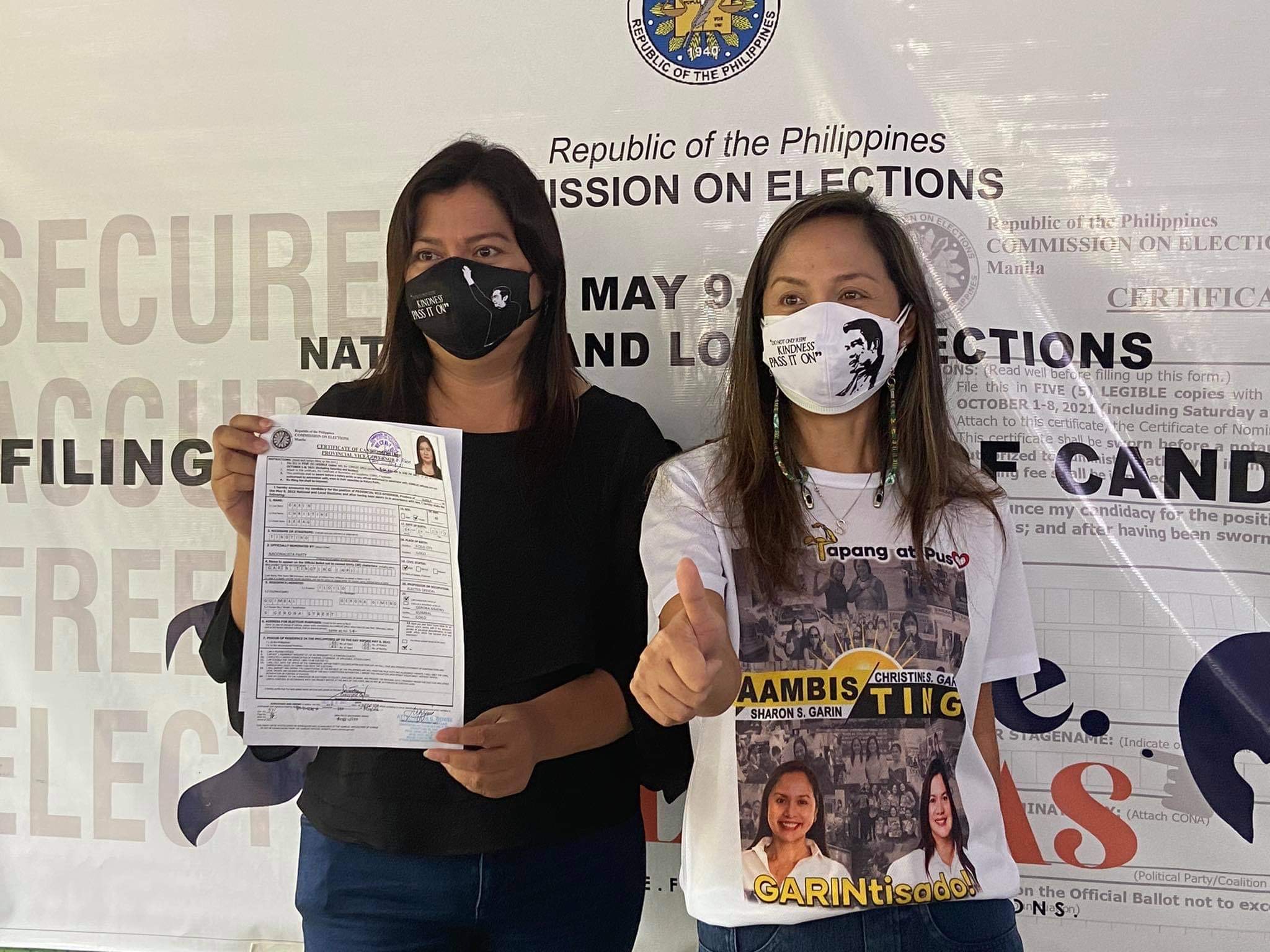 Iloilo Vice Governor Christine Garin filed her certificate of candidacy for reelection to a third term on Friday, October 8.

Garin, who is running under the Nacionalista Party, won’t have a gubernatorial candidate, after a “gentleman’s agreement” was reached between erstwhile rivals incumbent governor Arthur Defensor Jr. and NP provincial chairperson Ferjenel Biron.

Her brother Richard will run for Miag-ao mayor, while her sister-in-law Janette will run for reelection as 1st district representative. 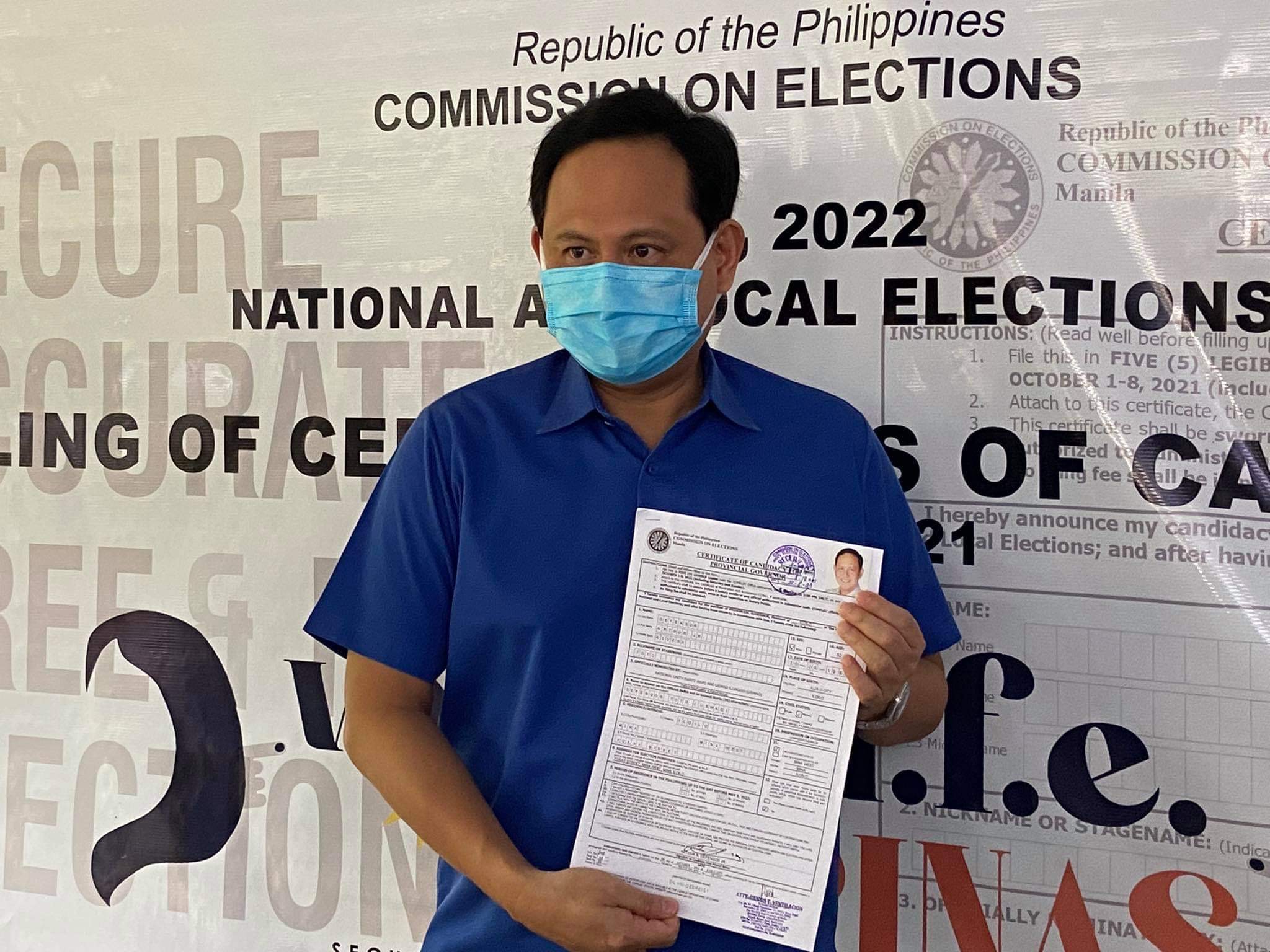 Defensor will be running under the National Unity Party and the local Uswag Ilonggo Party where he serves as regional chairperson.

He was elected to the post in 2019 under PDP-LABAN, but jumped ship in late September. He had also served as provincial board member for the 3rd district from 2007 to 2010, and 3rd district representative from 2010 to 2019. 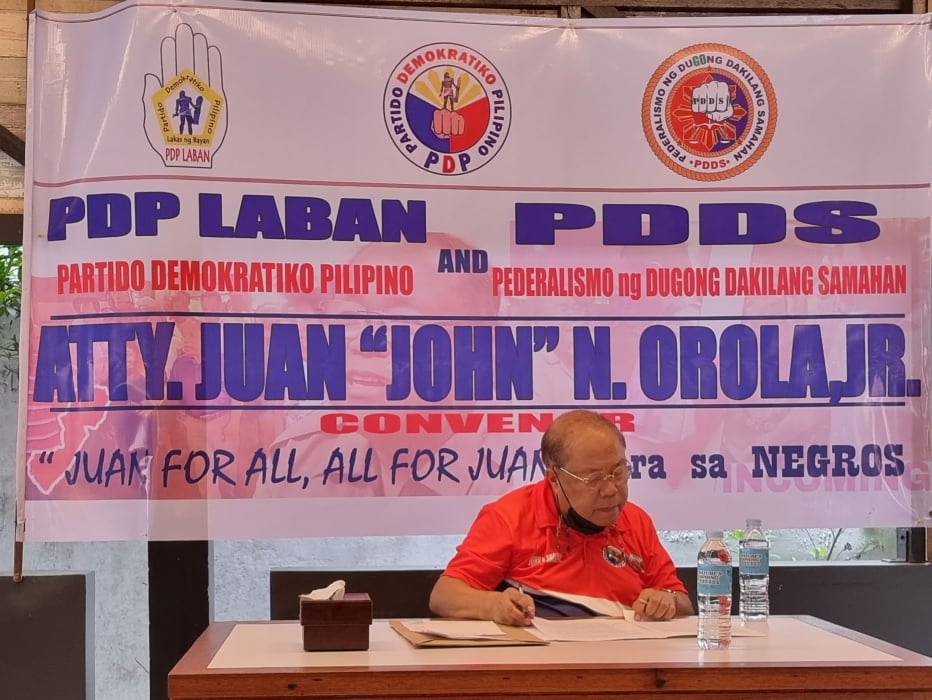 Orola, a businessman and tourism and education advocat, is running under PDP-Laban. He served as congressman from 1998 to 2001.

He is challenging Governor Eugenio “Jose” Lacson of the Nationalist People’s Coalition (NPC). Lacson’s Love Negros ruling coalition and the United Negros Alliance signed early this year a unity agreement not to run against each other’s incunbents, except for a few “zona libre” areas. 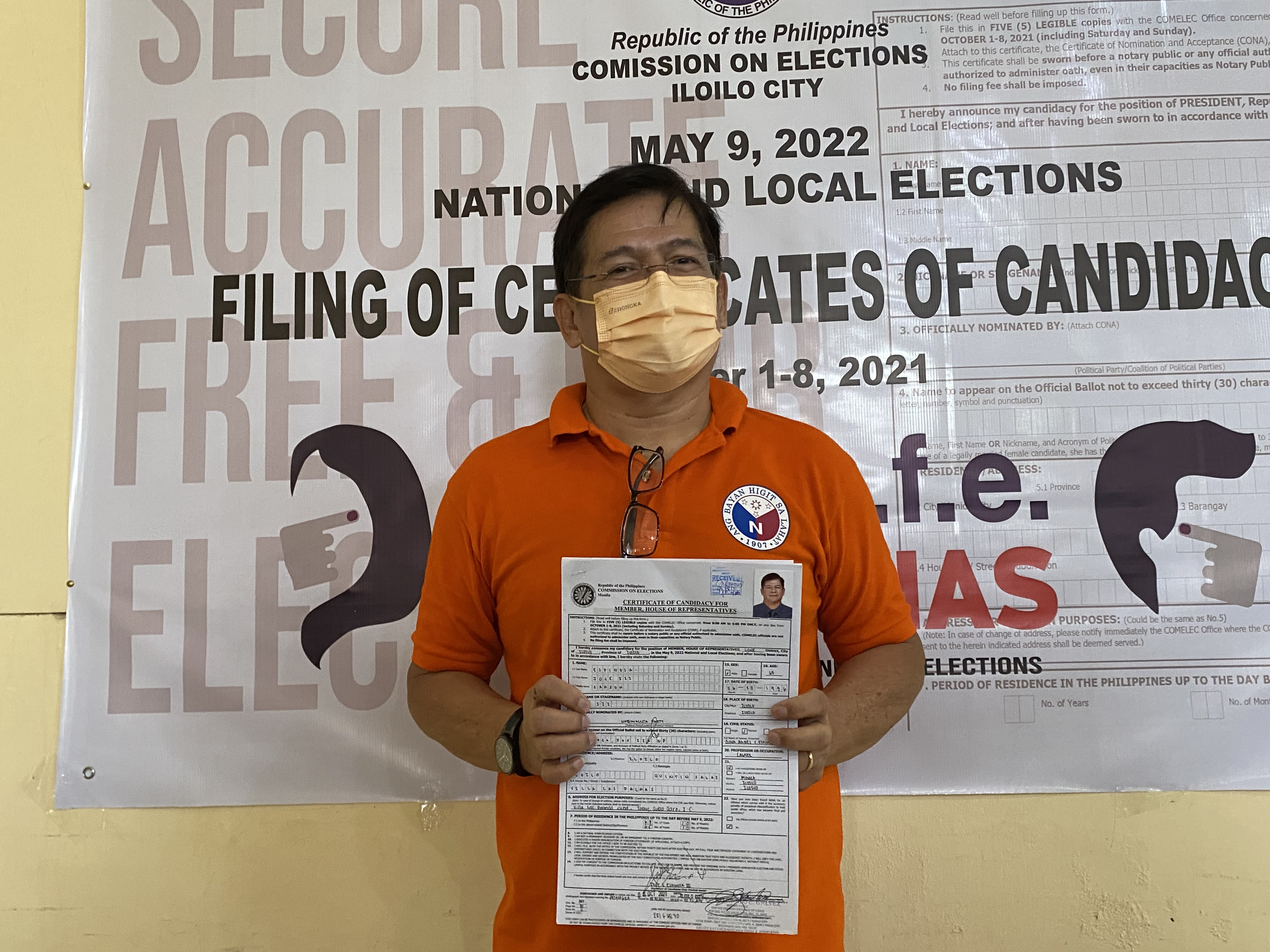 Espinosa lost to his brother-in-law Mayor Jerry Treñas in the 2019 mayoral race.  He is going up against reelectionist Representative Julienne Baronda of the Uswag Ilonggo Party/National Unity Party (NUP) in the 2022 polls.

Cebu Governor Gwendolyn Garcia filed her certificate of candidacy for a second term on Friday, October 8.