At the hybrid assembly, PDP-Laban faction members nominated Pacquiao as presidential bet in 2022. Pacquiao, in turn, accepted this nomination.

Earlier in September, the PDP-Laban faction led by President Rodrigo Duterte and Energy Secretary Alfonso Cusi held its own national convention. While Duterte accepted the nomination for vice president, the ruling party has yet to have a standard bearer, with Senator Bong Go declining the endorsement as presidential bet.

Check this page for the highlights of the PDP-Laban assembly led by Pacquiao on Sunday.

Will Pacquiao run for president?

After losing his fight to Yordenis Ugas, boxing experts in Cagayan de Oro said that it’s time for boxing champ-turned-senator Manny Pacquiao to hang up his gloves and instead move on to a bigger fight in the political arena.

Pacquiao has been coy about his plans for the 2022 elections. He said he has three options: to run for president, to run for the Senate again, or to retire from politics.

While Pacquiao has yet to officially decide, one thing is for sure: he does not want to run for vice president.

For the faction he leads, Pacquiao is the best person to be the standard-bearer because the party believes in his “excellence, principles, and fear of God,” and of course, because he has good chances of winning.

Now that both warring factions of the ruling PDP-Laban have filed their sworn information update statements (SIUS), the ball is in the Commission on Election’s court.

The poll body is expected to decide on which group to recognize as PDP-Laban during the 2022 national elections. This recognition is key since it will determine which faction will field official PDP-Laban candidates.

Election commission spokesman James Jimenez said the situation is different from the 2018 contest between Senator Aquilino Pimentel III’s group and that of “rogue” PDP-Laban member Rogelio Garcia because at the time, what was at issue was the differing list of authorized signatories submitted by the two camps.

“In 2018, the issue was about authorized signatories. That matter is still not at issue this time,” said Jimenez.

On the other side of the ring

The Cusi-led group is endorsing a Bong Go-Duterte tandem for the 2022 elections. Duterte accepted the nomination as the group’s vice presidential bet, but Go said he does not want to run for president.

Both factions would still have to wait for the decision of the Commission on Elections as to which camp is the legitimate PDP-Laban.

The event is largely virtual and is expected to start at 2 pm (Manila time) on Sunday, September 19. PDP-Laban chairman Senator Aquilino Pimentel III and party president Senator Manny Pacquiao will be conducting the national assembly via Zoom.

Initially, the national assembly was supposed to be a mix of physical and online events, but reporters were told on Saturday, September 18, that Pacquiao wanted them to “follow Inter-Agency Task Force protocols.”

The Pacquiao faction has yet to release Sunday’s program, but some 200 members who are part of its “voting delegate” would be voting on the group’s standard bearer for 2022.

Rappler;s Camille Elemia talks to boxer-turned-senator Manny Pacquiao to ask him about his political plans, his decision to go against President Rodrigo Duterte, and the future of his boxing career. 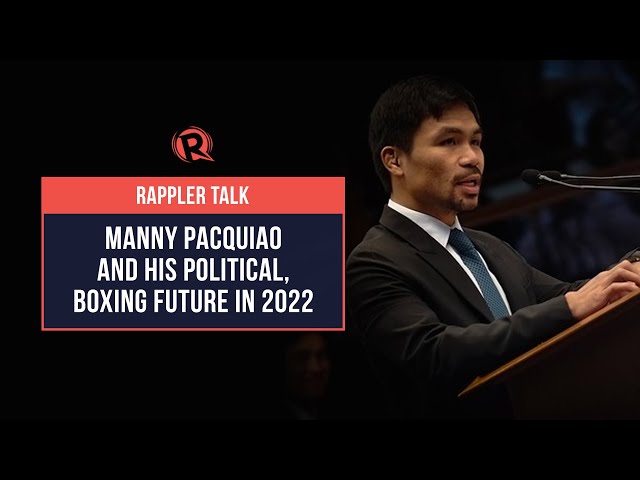 The “original” PDP-Laban is expected to nominate Senator Manny Pacquiao as its presidential bet for the 2022 elections.

Pacquiao has yet to officially signify his intention to run for president, but he said in a previous Rappler Talk interview that he would not settle for the vice presidency.

As for the vice presidential bet, PDP-Laban executive director Ron Munsayac earlier said that it would depend on Pacquiao’s decision should he accept the expected nomination.

Check out this story for details.