The vice presidential debate organized by CNN Philippines on Saturday, February 26, provided an opportunity for the lesser known candidates to introduce themselves to the viewing public, and make their platforms known.

Among those whose survey numbers had yet to reach 1 percentage point based on a Pulse Asia Research, Incorporaed survey in January were Rizalito David, Manny SD Lopez, and Carlos Serapio.

David, who is running under the banner of the Democratic Party of the Philippines, said if he wins the country’s second top post, he will address the “lack of morality in society.”

“If I were elected as vice president and would be given a chance to hold a Cabinet post, I would like the president to create a commission for moral renewal and cultural restoration, which I would be willing to oversee,” David said in Filipino.

Also asked how he would fight corruption, he said he will “return the government to Christ.”

“Corruption grows because we don’t love our neighbors,” David said. “There should be a revolution of faith.”

Manny Lopez, who touts himself as an economist, said he wants the trade department in his portfolio, should he win the vice presidency. The crucial government agency will be at the forefront of the country’s pandemic recovery efforts.

“My general prescription is for a science-based, cost-effective, and pragmatic approach to pandemic management,” said Lopez, who is from the Workers and Peasants Party.

“We came up with a three-pronged socio-economic development and political reform agenda. And this will require a new omnibus investment code, a streamlined bankruptcy law, and provision for low-interest loans to help our [small businesses], agriculture sector, professionals, and consumers recover,” Lopez added in a mix of English and Filipino.

Carlos Serapio of the Katipunan ng Kamalayang Kayumanggi, meanwhile, said a new system of government will address the issue of political dynasties.

“There is an incompatibility between the objective of ending political dynasties in the country and the operating system,” he said.

“A [new] constitution itself will provide that political dynasty should definitely not be tolerated,” Serapio added. 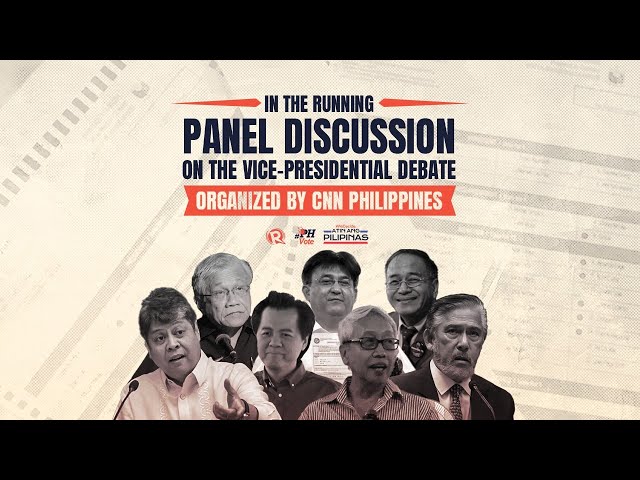