[WATCH] Isko in Batangas: A restless volcano and a grand rally 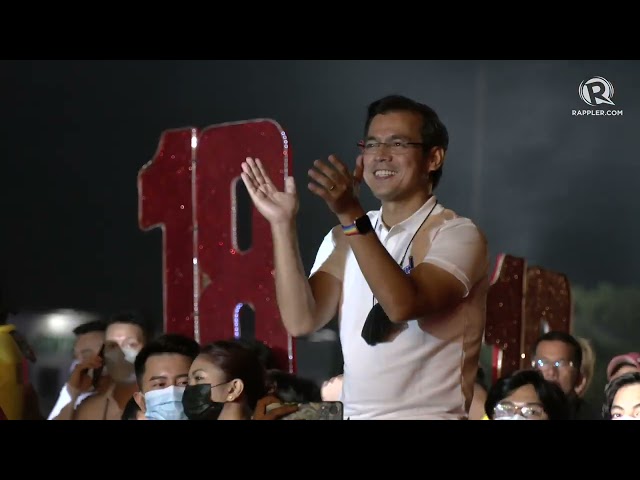 Recto, an incumbent senator who is running unopposed to represent Batangas’ 6th District in the House of Representatives, invited Moreno, Moreno’s running mate Willie Ong, and their four-man Senate slate to be special guests of a grand rally for his local party One Batangas.

The rally, which organizers say was attended by 56,000 people, is the largest audience Moreno has addressed in Luzon. It’s a big boost for the Manila mayor who is keen on wooing Batangas’ 1.8 million registered voters. The province is the seventh most vote-rich in the country.

Moreno also raised the profile of the local rally, with many attendees staying until the end to listen to him speak.

The next day, another surprise awaited Moreno: a billowing cloud of smoke from the crater of Taal Volcano. How does he respond? Watch this report by Rappler senior reporter Pia Ranada. – Rappler.com