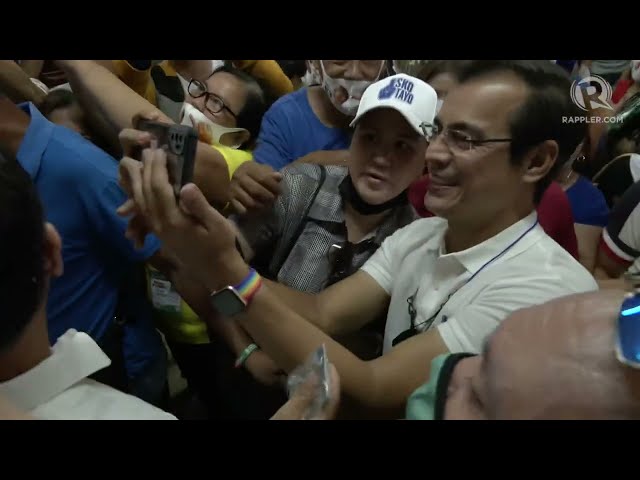 In vote-rich Pampanga, Moreno holds a town hall meeting on Wednesday, April 13, with San Fernando City Vice Mayor Jimmy Lazatin, who is running for mayor under their party, Aksyon Demokratiko. Earlier, he went on motorcades in Porac, Angeles City, and Mabalacat.

With 1.6 million registered voters, Pampanga is the 10th most vote-rich province in the country. It’s a critical battleground for any candidate, but especially for Moreno in particular who, according to the March Pulse Asia survey, is in far third place. Analysts have said Moreno should use his standing as a successful Manila mayor to get support from provinces around Metro Manila, those forming Balance Luzon.