RUSSIA-UKRAINE CRISIS. Senator Manny Pacquiao in an interview with Rappler.

In an exclusive interview with Nobel Peace Prize laureate and Rappler CEO Maria Ressa, Pacquiao extended his sympathies towards Ukraine. 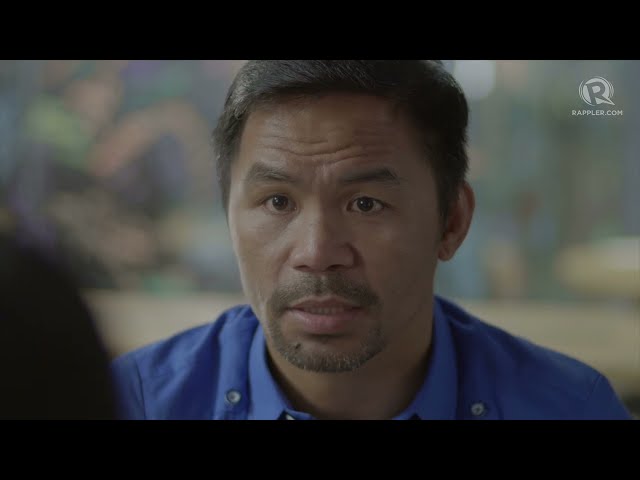 (We saw their sacrifice. We saw how many lives were lost. That is why as an international figure, I am calling on Putin to stop the war.)

Pacquiao has since slammed the invasion, saying that war is not a solution to disagreements. But this is the first time the boxing icon has issued a call on the Russian president. Pacquiao pushed for negotiations.

“We need to talk about the problem, whatever misunderstanding they have of each other,” Pacquiao said in a mix of Filipino and Engish.

Russia invaded Ukraine on February 24, after weeks of tension and amassing troops near the border. Moscow calls the assault a “special operation” to disarm and “de-Nazify” its neighbor.

Russia has been protesting Ukraine’s wanting to join the North Atlantic Treaty Organization or NATO. In 2021, Russia demanded that the United States deny Ukraine NATO membership, which Moscow sees as an “eastward” expansion of the US and its allies into eastern Europe.

Ukraine was part of the Soviet Union until 1991. – Rappler.com