WATCH: Guanzon retires from Comelec, hailed for ‘standing up for justice’ The DFA throws a retirement party of Comelec's Rowena Guanzon on Thursday, February 3, 2022.

Facebook Twitter Copy URL
Copied
'She refused to stay silent and loyal to a process that - in her mind - was going to hurt the public good,' Maria Ressa says in her dedication speech for Guanzon

MANILA, Philippines – Officials from the Department of Foreign Affairs (DFA) and the Commission and Elections (Comelec) celebrated the career and legacy of retired Comelec commissioner Rowena Guanzon, in a party organized by the DFA on Thursday night, February 3.

Guanzon closely worked with the foreign department during her stint as poll commissioner, as she was at the forefront of projects seeking to improve overseas voting.

Watch the full video below: 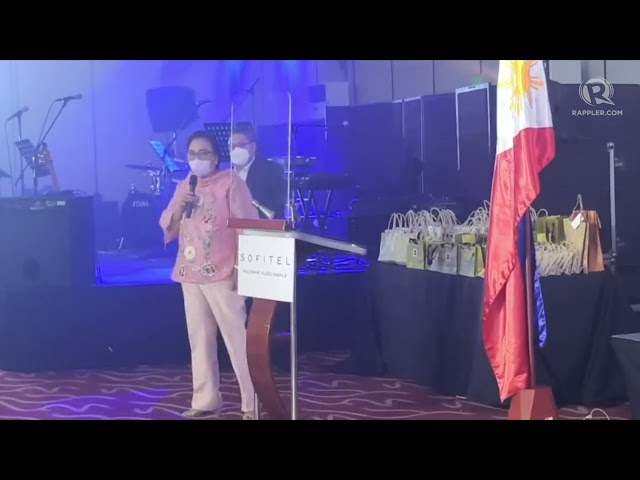 Guanzon, prior to her retirement, drew spotlight for revealing she voted to disqualify dictator’s son Ferdinand Marcos Jr. from the 2022 presidential race over his tax conviction. She also accused a younger commissioner of deliberately delaying her ruling so that Guanzon’s vote will not be counted after her retirement.

“As an insider, she had the power to see what was really going on, she refused to stay silent and loyal to a process that – in her mind – was going to hurt the public good. And she did this knowing full well that she would weather the risks,” Ressa said. – Rappler.com