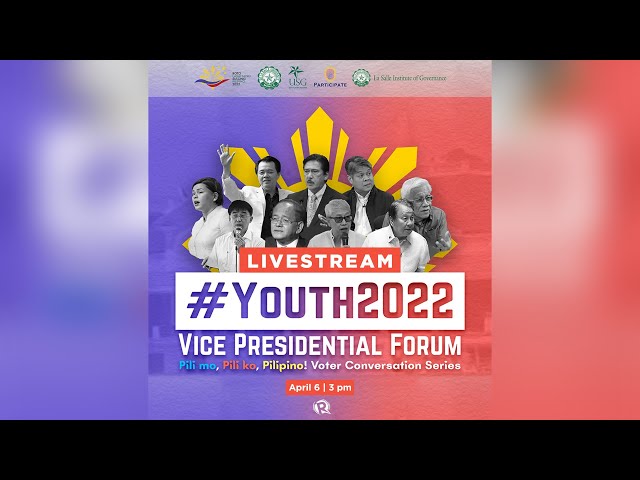 The vice president holds the important role of assuming the country’s top government position in the event that the Office of the President becomes vacant. Who deserves to take this job in the next six years?

The vice presidential forum aims to provide an opportunity for those seeking the second-highest position in the country to respond to key issues and matters relevant to the youth and discuss their role in society by highlighting their respective platforms.

Organized by the Task Force Safe Schools together with the DLSU Committee on National Issues and Concerns and the La Salle Institute of Governance – in partnership with Rappler and De La Salle Santiago Zobel School – the forum will be held at the De La Salle University Henry Sy Sr. Grounds on Friday, April 8, at 3 pm.

Bookmark this page to watch the forum live. – Rappler.com