Voices from the Regions: Bacolod’s Luke Espiritu and his bid for the Senate 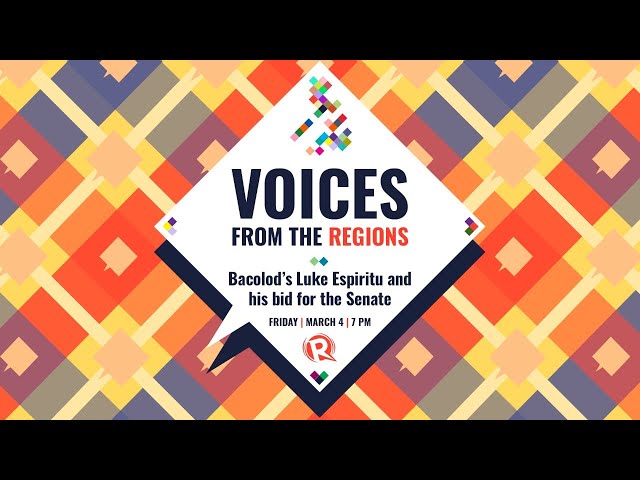 The Bacolodnon lawyer highlighted the atrocities committed by the late dictator Ferdinand Marcos. But he was interrupted by suspended lawyer Larry Gadon.

Espiritu demanded to be allowed to finish time 11 times and ended with “Don’t be rude” to stop Gadon. He went on to cite Amnesty International’s data on human rights violations committed under the Marcos regime.

Espiritu has been a practicing labor lawyer and organizer for almost 20 years.

His platforms include advocating for fair wages, job security, protection of unions, SOGIE, a wealth tax, and repealing the anti-terror law, among others.

Rappler’s regional head Inday Espina-Varona speaks with Espiritu about his viral moment on SMNI, his candidacy, platforms, and his take on other regional issues.

She’ll be joined by Aries Rufo Journalism Fellow Joseph B.A. Marzan who reports for The Daily Guardian and Rappler, on the national campaigns in Western Visayas. – Rappler.com