EVASIVE. Vic Rodriguez, spokesperson of presumptive President Ferdinand "Bongbong" Marcos Jr., ignores questions on the standing contempt order of a US court against the son of dictator. Photo by Rappler 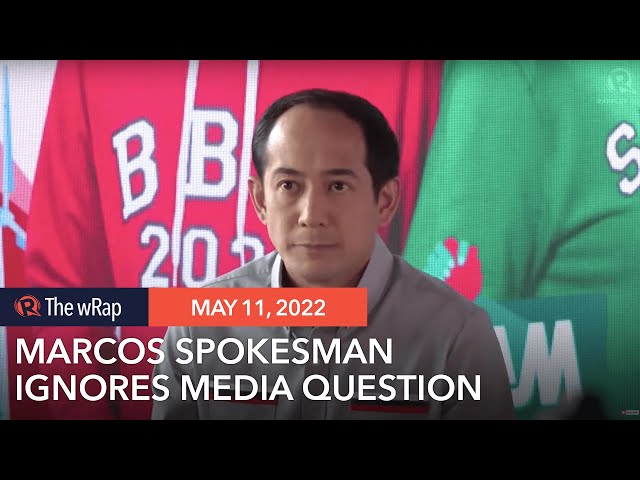 MANILA, Philippines – In his first press conference after the presumptive win of his boss, president-in-waiting Ferdinand “Bongbong” Marcos Jr., spokesperson Vic Rodriguez ignored questions how the incoming Philippine chief diplomat can travel to the United States with a standing contempt order there worth $353 million.

“Next question,” said Rodriguez when Rappler asked the question Wednesday, May 11. 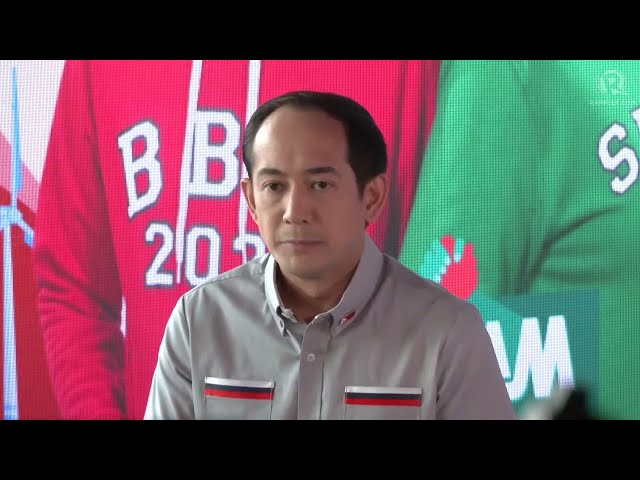 This reporter tried to follow up by saying: “I have to follow up, he would be the chief diplomat and he would have to go there for state visits, so we are wondering how it would happen.”

Rodriguez ignored the follow-ups and entertained another question.

Marcos Jr. has been evading paying the contempt order since it was issued by the District Court of Hawaii in January 2011. It was affirmed by the US Court of Appeals Ninth Circuit in October 2012.

Rappler has obtained the court records and saw that in 2019, a new judge extended the order to January 25, 2031. Based on current exchange rate, $353 million is equivalent today to P18 billion.

The contempt order was rooted from a 1991 decision by the US District Court of Hawaii barring the Marcos family from touching their US assets because it would be the source of potential payment of damages to the human rights victims of the late dictator’s bloody martial law.

But in 1992, Marcos Jr. and his mother Imelda Marcos entered into settlements with the Philippine government to where they agreed to divide their wealth with the Philippines. The US court took that as violation of the order, and held mother and son in contempt of court.

American human rights lawyer Robert Swift, in an earlier email interview with Rappler, said it would not be an automatic arrest order if and when Marcos steps foot in the United States.

A visit would trigger moves by lawyers like him to move the court to enforce the judgment, like requesting a subpoena. If these are still ignored, they can request an arrest warrant.

But if Marcos Jr. is the Philippine president – would the process still be the same?

US State Department Spokesperson Ned Price told reporters Wednesday that the United States is “looking forward to renewing our special partnership and to working with the next administration on key human rights and regional priorities.”

This reporter also tried to ask if Marcos Jr. would revoke outgoing President Rodrigo Duterte’s Proclamation No. 319 that declared September 21 as National Day of Protest, describing the dictator’s martial law as “a time attended by the commission of gross human rights violations, arbitrary state interventions, rampant corruption, and disregard of fundamental civil liberties.”

Rodriguez also ignored the question, and went on to read a statement.

Marcos Jr. and his entire campaign team has evaded independent press, and dictated reporters on what questions not to ask during their sorties. 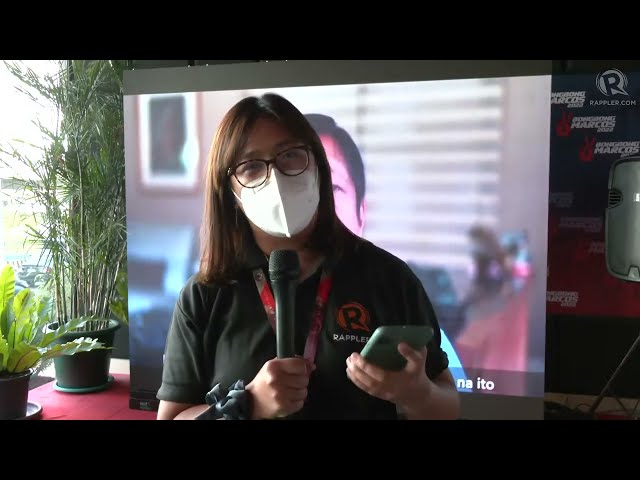