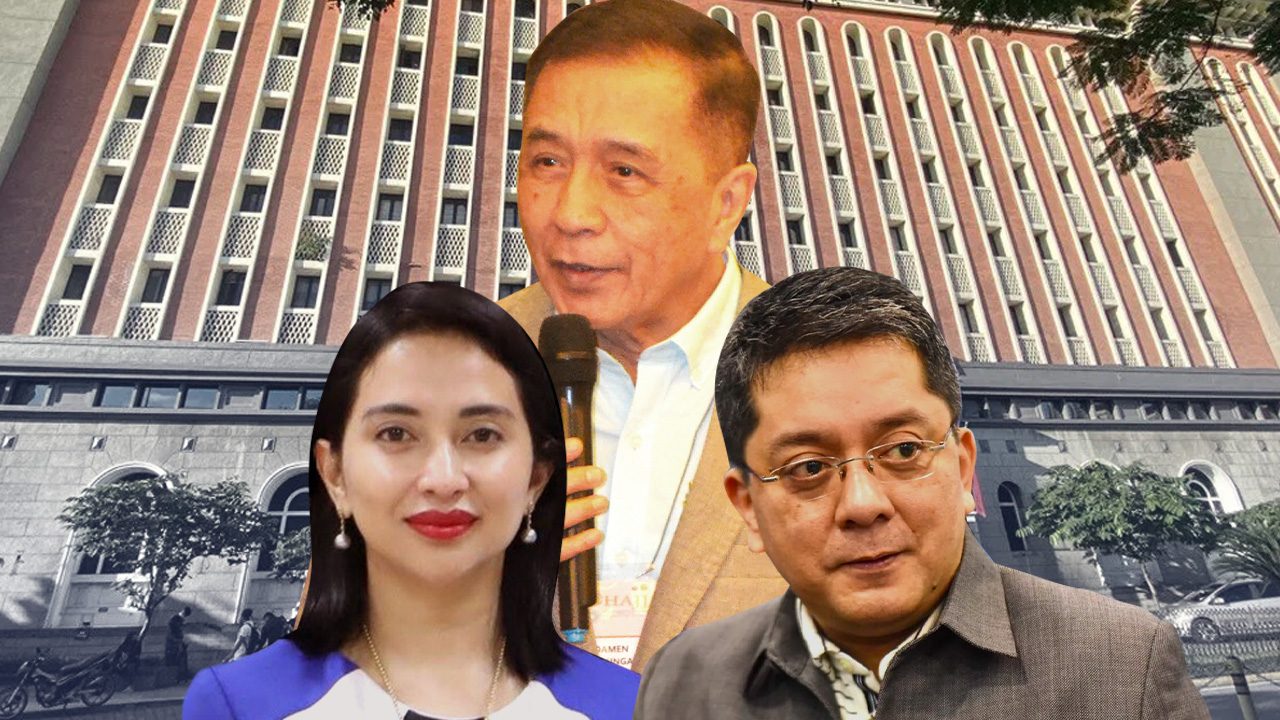 Facebook Twitter Copy URL
Copied
'What is your track record in election advocacy or lawyering? What is your relationship with the Duterte administration?' asks poll watchdog Kontra Daya

MANILA, Philippines – An election watchdog raised concerns over the track record of President Rodrigo Duterte’s picks to fill the three vacant seats in the Commission on Elections (Comelec).

In a statement, Kontra Daya expressed worries that Pangarungan and Neri has little to no clear credentials in clean election advocacy.

It also pointed out that Garcia once lawyered for 2022 presidential aspirant Ferdinand Marcos Jr., who has pending disqualification cases in the Comelec.

“We ask the three people: What is your track record in election advocacy or lawyering? What is your relationship with the Duterte administration? What is your assurance that you will maintain independence from the powers-that-be, including former clients who are now running in the 2022 elections?” the watchdog asked.

“Ultimately, what really matters is the expertise that our appointees bring to the table,” he added.

As reported by ABS-CBN News, Garcia said he will inhibit from the cases that he handled or cases that involve former clients.

Garcia also disclosed he was once a lawyer for presidential aspirants Isko Moreno, Manny Pacquiao, and Ping Lacson, the news article added.

Pangarungan, meanwhile, is also a lawyer with years of experience in government, from appointive to elective posts.

In 1986, he went to Manila to denounce election irregularities in the run-up to the EDSA uprising.

Torrefranca-Neri, meanwhile, had also been an assistant justice secretary and Bureau of Immigration deputy commissioner under the Duterte administration.

Their entry in the poll body means that all of the seven-member en banc are people handpicked by Duterte, a scenario similar to 2016, when the policy-making body was composed of people all appointed by then-president Benigno Aquino III.