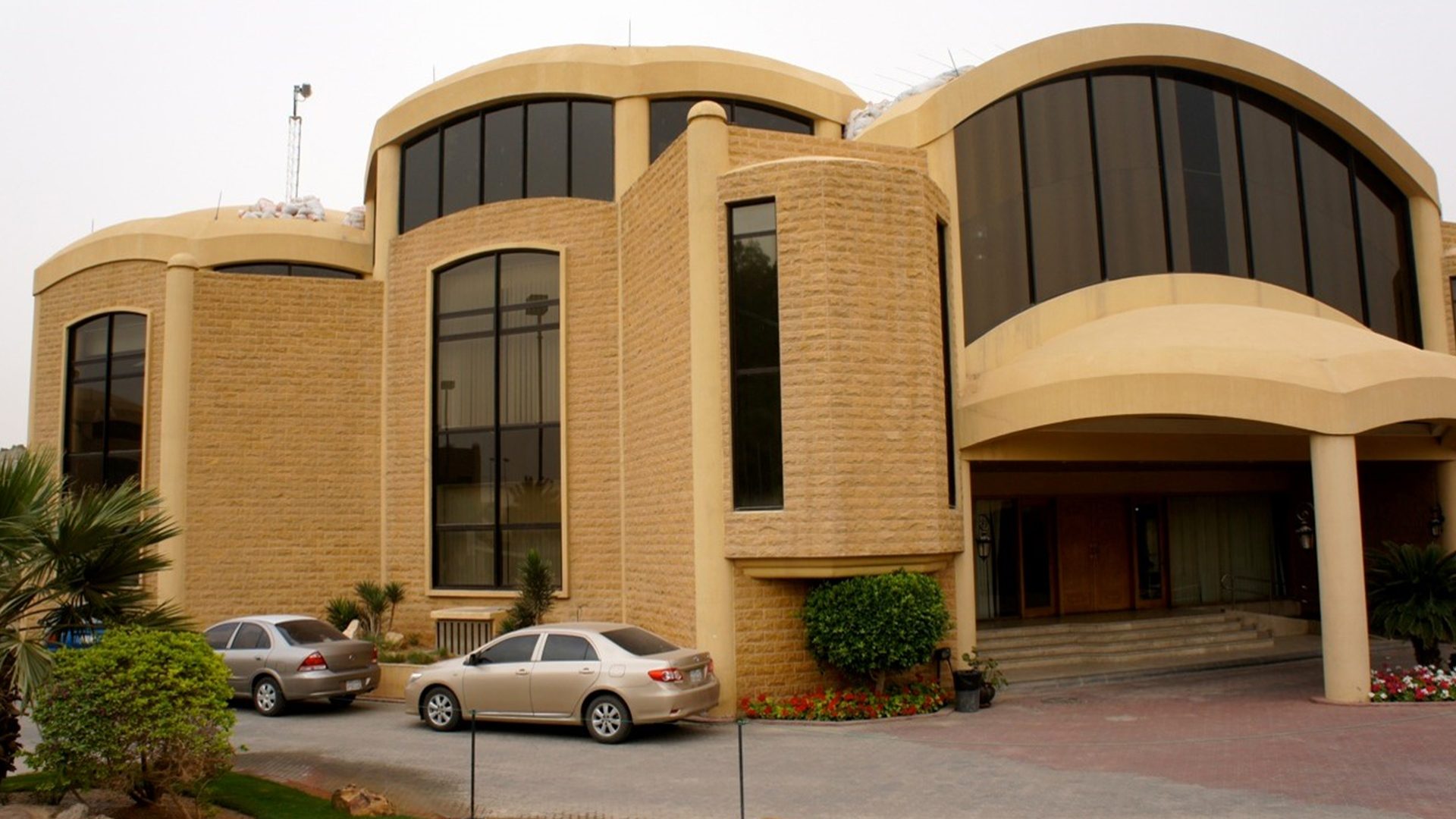 EMBASSY. Photo of the Philippine Embassy to Saudi Arabia.

Facebook Twitter Copy URL
Copied
(1st UPDATE) 'The DFA regularly reminds personnel here and at Foreign Service Posts on the prohibition against engagement, whether directly or indirectly, in any electioneering or partisan political activity,' the DFA says

MANILA, Philippines – The Department of Foreign Affairs (DFA) has directed Philippine Ambassador to Saudi Arabia Adnan Alonto to return to the country “for home office consultations” as it probes an incident involving his wife campaigning for a presidential candidate in Riyadh.

The DFA issued the directive after a video circulated online showing the ambassador’s wife in a Bongbong Marcos T-shirt, standing in front of a tarpaulin of Marcos and running mate Sara Duterte as she urged Filipinos in Saudi Arabia to cast their vote in the 2022 Philippine elections. She also stressed that her choice was Marcos.

In a statement on Saturday, March 5, the DFA said, “The DFA regularly reminds personnel here and at Foreign Service Posts on the prohibition against engagement, whether directly or indirectly, in any electioneering or partisan political activity. It does not condone acts that go against the Omnibus Election Code, the Overseas Voting Act of 2013 and the COMELEC-CSC Joint Circular No. 001, series of 2016.”

“In the meantime the DFA is investigating the incident in Riyadh, and Ambassador Alonto has been instructed to return to the Philippines for home office consultations,” it added.

At the start of the video, Alonto’s wife kept repeating that she was not asking the OFWs to support her candidate and was only urging them to cast their votes. But later, she pointed to her shirt which bore the name of her candidate.

(I am not asking you to support my candidate because it’s up to you. But if you’ll ask me who I will vote for, it’s here, written on my shirt. Now if you want to join me, it’s all up to you.)

She also said: “Ilocano po ako. (I am ilocano.) Do not waste this moment, because this might just be, itong pagkakataong ito (this opportunity), it might just be the turning point so that we will have another Ilocano president. Ilocano po ako kaya (I am Ilocano), that’s where I’m coming from. And I really believe in my presidential candidate.”

Alonto was appointed by President Rodrigo Duterte in 2017. He is the son of late Senator Domocao Alonto and cousin of late Mindanao Development Authority chair Abul Khayr Alonto.

Before becoming an ambassador, Alonto actively campaigned for Duterte in the US. He had served as the overall coordinator of the Brotherhood for Duterte USA in North America.

What do the laws say?

In a Facebook post, election lawyer Emil Marañon said the actions of the envoy’s wife was not only unethical but was also “a breach of neutrality.”

“This is very concerning given that the Overseas Voting (OV) will be conducted through the different Philippine embassies and consulates all over the world. Her demeaning and distasteful statements aside, the fact that the ambassador’s wife is actively campaigning for Bongbong Marcos is not only unethical, but a breach of the neutrality of the office as a deputized agency of Comelec,” Marañon said.

A portion of the Section 261 of the Omnibus Election Code reads as: “Any public officer, or any officer of any public or private corporation or association, or any head, superior, or administrator of any religious organization, or any employer or land-owner who coerces or intimidates or compels, or in any manner influence, directly or indirectly, any of his subordinates or members or parishioners or employees or house helpers, tenants, overseers, farm helpers, tillers, or lease holders to aid, campaign or vote for or against any candidate or any aspirant for the nomination or selection of candidates.”

Aside from the fact that the DFA has been deputized by the Comelec during elections, the Overseas Voting Act of 2013 also explicitly prohibits any public official or employee to influence people “to vote, or not to vote, for a particular candidate.”

The same principle was also present in the Comelec-Civil Service Commission Joint Circular No. 1 of 2016. – Rappler.com